END_OF_DOCUMENT_TOKEN_TO_BE_REPLACED

#DadsCare: How To Get Crafty With Your Kids

I’ve partnered with Dove Men+Care as part of their #DadsCare campaign to share some easy and creative ways to get crafty with your kids. Check out the short video I made with my son, as well as the descriptions of the steps in the text below. 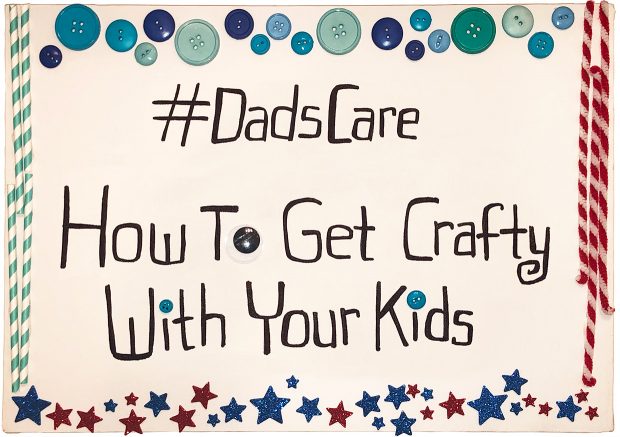 During quarantine — or anytime, really — it can be easy to plop the kids in front of a screen and call it a day. Coming up with non-screen activities can be stressful.

Crafts are a tried-and-true way for kids to flex their creativity and stimulate their brains. It can also be a great bonding time with your kids. And let’s be honest, it’s also a nice distraction while you try to get some work done!

While I’ve been a graphic designer and illustrator for over 20 years, I sometimes feel like I’m still getting the hang of being a dad. But I know from experience that coming up with ideas for crafts and pulling all the supplies together can be overwhelming. So I’ve put together five tips to hopefully make it easier for you to get your kids crafting.

END_OF_DOCUMENT_TOKEN_TO_BE_REPLACED

A Quick Note About Voting in the Midterm Election, Part 1

Voting in the November 6 midterm election has never been more important… or easier! Watch this short instructional video I whipped up, then REGISTER TO VOTE! You can also check your registration status here.

I used to have that attitude about those annoying in-between presidential elections, too. But that was before our country elected the most unqualified, immoral, and dangerous POTUS in its history. So every election — even these weird ones nobody cares about — matter. A lot.

BUT WHY SHOULD I CARE ABOUT THE MIDTERMS?

These are a few of the things that motivate me. If these don’t do it for you, find what it is that lights a fire under your butt.

END_OF_DOCUMENT_TOKEN_TO_BE_REPLACED

To My Husband, On His Birthday

Lately I’ve been eyeing 50 as the age when I for sure have to start acting like an adult. And as graphic design and parent blogging are mostly a young person’s game, I dread my half-century birthday (which is still a couple years away, thank you) on multiple levels.

My husband, however, has never looked or felt better in this, his 50th year. He’s kicking ass at work, lost a bunch of weight, and has some great friends he gets to watch Caps games with. I couldn’t be happier for or prouder of him… while also grumbling jealously at his non-thinning hair and endless energy. 😠

We celebrated Nick’s 50th birthday recently, with a big shindig at our new digs, complete with catered BBQ, tons of booze, and a wonderful representation of friends and colleagues from across his five decades. And as this was a big milestone, I pulled out all the creative husband stops. First, with a custom coaster I designed, playing off his love of bourbon: 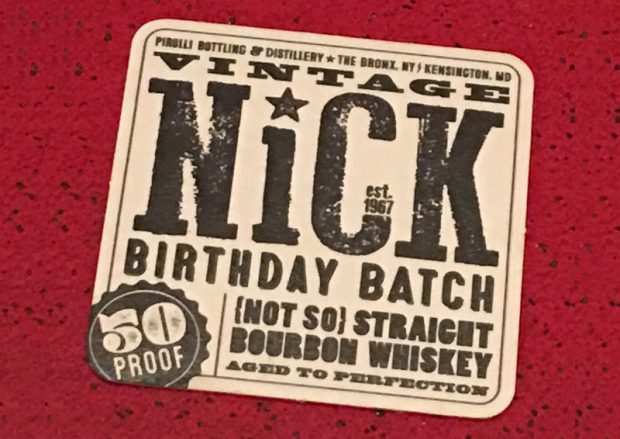 END_OF_DOCUMENT_TOKEN_TO_BE_REPLACED

Whoever invented Santa Claus should be ashamed of themselves. As should all of us who have continually used him to leverage good behavior from our kids. And we bestow upon Santa all of these mystical powers and superhuman abilities, setting expectations at nothing less than Magical Candy Nirvana.

Then we, as parents, HAVE TO DO ALL THE WORK!

But instead of drowning your sorrows in hot cocoa, or stress-eating an entire roast beast, sit back and enjoy a holiday poem about a nifty device that’s been helping me make it through this crazy-making most special season.

.
‘Twas ten days before Christmas, and all through my head
Every detail was spinning, filling me up with dread;
The stockings weren’t hung and the cupboard was bare,
Tho in a fortnight, fam’ly all would be there.

As a parent, I wear lots of different hats;
Chef, chauffeur, coach, doctor, and of course, diplomat.
Yet at Christmas I don the most stressful chapeau;
It’s red, and requires I say “Ho, Ho, Ho.” 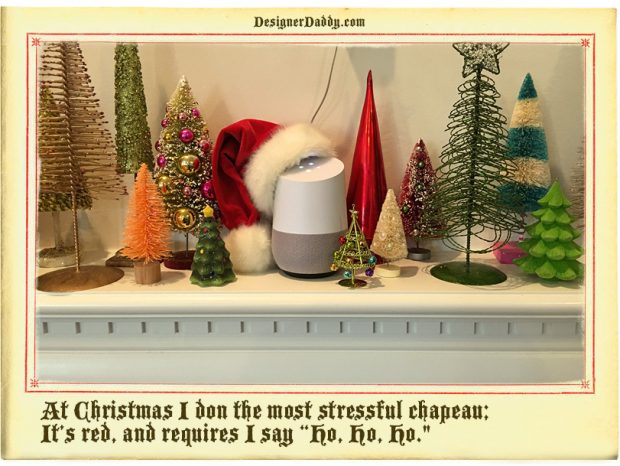 In addition to all my normal dad duties
There’s shopping and cooking, and trimming of trees,
And wrapping and boxing and lighting and stuff;
It’s enough to make any parent cry, “Enough!”

Does my kid still believe in St. Nick? Matters not.
That to-do list is now my list, and entails quite a lot.
So how will I tackle these tasks on my own?
And how will I do them sans bitch, gripe, or moan?