If you’re a normal parent (or just otherwise normal) you probably finished this post’s title with the word “word.” Or if you’re the motivated type, the word “step.” Perhaps “tooth,” for the orally fixated. But it takes a special breed of parent to remember their child’s first logo.

I’ve met a lot of other dads in recent months, thanks largely in part to a Facebook group of Dad Bloggers. Among them are several sports nuts, a battalion of Star Wars fanatics, a few Lego freaks — all of which are hoping to pass their passions on to their offspring. While there’s definitely some overlap with many of the other dads, my love and appreciation of design — and where it mashes up with marketing and pop culture — is tops on my list.

From the onset of JJ’s visual development, I’ve kept a mental list (oh alright, an actual list) of the logos and brands he’s recognized on his own. Had he the memory capacity or verbal skills at the time, he might recall differently… but I’m pretty sure THIS is the first brand my kiddo knew:
.

If I have to explain the significance of the above logo and the role it’s played in my life these last three or so years, you’ve clearly never been or met a new parent.

END_OF_DOCUMENT_TOKEN_TO_BE_REPLACED 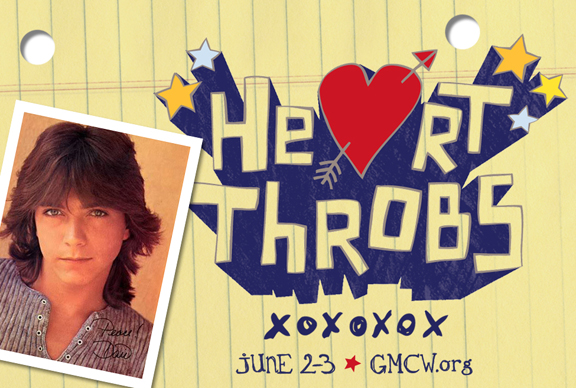 This weekend I’m performing with the Gay Men’s Chorus of Washington DC in “Heart Throbs” — our presentation of all things boy-bandy, crush-worthy and swoon-inducing. Whether you spent your youth (or adulthood) pining after David Cassidy, Sinatra, NSYNC or the JoBros, we’ve got you covered. Plus songs by Elvis, The Beatles, BSB, JT, MJ, NKOTB, Boyz II Men, New Edition, Ricky Martin, Maroon 5, The Monkees… like I said, covered.

AND… I’m giving away 2 FREE TICKETS to Sunday’s matinee performance.

Just post in the comments here (or Facebook or Twitter) who made/makes your heart throb by 5pm Saturday (June 2) and I’ll draw a winner from the entries!

(PS: There’s also a Saturday night show, in case you don’t win these! Read more about the show on GMCW’s web site.)

(PS2: The spiffy show logo was created by yours truly.)

Advent In An Hour: Dec 5

Woohoo, I’m caught up again! Today’s doodle is in honor of the upcoming Holiday concert of the Gay Men’s Chorus of Washington (of which I’m a member). It’s called “Red & Greene” and features a whole stocking stuffed full of Christmas classics, some campy confections, and several numbers accompanying our special guest, Ellen Greene! (hence the extra “E”…) 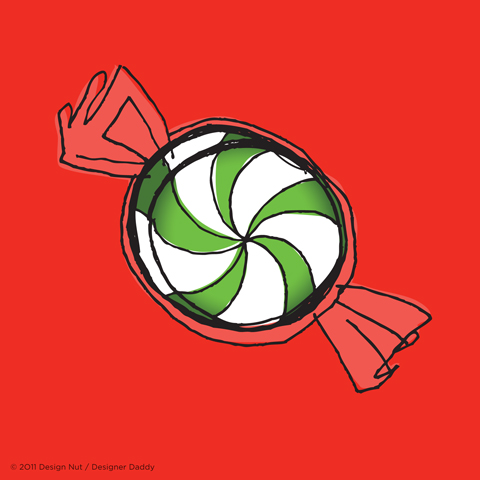 To refresh your memory (or perish the though, introduce you) Ms. Greene is most well known for starring in both the Broadway and film versions of Little Shop of Horrors, as well as being a cast member of Pushing Daisies and a guest spot as Syler’s ill-fated mother on Heroes. I saw the Little Shop film when it came out, and she’s always been my favorite part – with her distinctive voice that alternates seamlessly between quirky and powerhouse. Check her out singing “Suddenly, Seymour.” The powerhouse kicks in around the 1:50 mark.

And here’s a snippet from last night’s rehearsal, which she graciously attended even though the show’s not for another 2 weeks. How cool is that?!?

By the way, the show’s logo (below) was created by yours truly. I’m gonna do my best to get her to sign my program — fingers crossed! 🙂 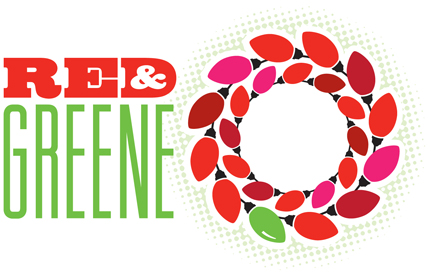 I had an idea a while back* — inspired by my blog’s masthead — to spell witty (and hopefully sometimes wise) things on the fridge using the magnet letters we seem to be accruing at an alarming rate (we’re up to 3 sets). As with any idea that requires more than me sitting on my ass at the computer, it took a while to get around to it. But at long last here I am, presenting my first installment of… 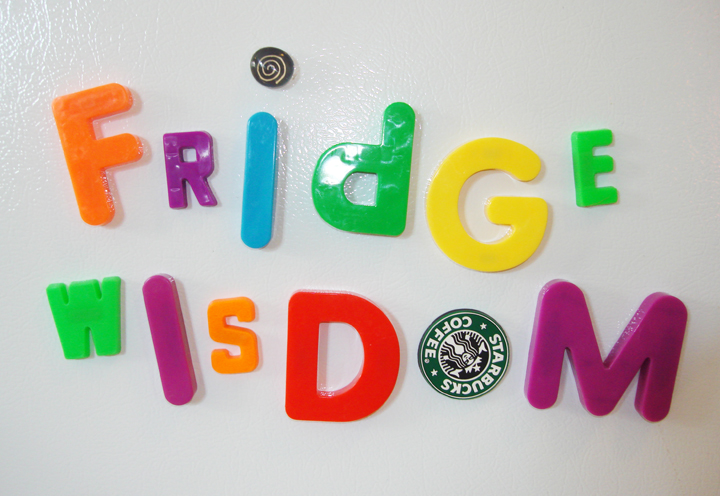 As I was playing around with this, I decided there needed to be some rules to keep it interesting (for me at least) and from getting out of control. Here’s what I’ve come up with so far:

1. I can only spell words using the magnets I currently own (no Photoshopping in additional “T”s if I want to spell “temper tantrum” and only have one).

2. I can, however, manipulate letters to form different letters. (The “d” in “Fridge” is a “P” turned on its head)

3. I can use other, non-letter magnets – if needed – to spell a word. (See Starbucks magnet above)

END_OF_DOCUMENT_TOKEN_TO_BE_REPLACED

Here I am – heart in hand (or morphing into a bird, rather) – once again apologizing for a long span of blog silence. But I’ve been busier than I have since… well, I can’t remember since when. And with the economy still recovering and so many friends looking for work, I am extremely grateful. Especially since I know a dry spell is always just around the corner. Such is the life of the self-employed.

But another reason I’m enjoying this giant mountain of work I’ve been buried under is that most of it is good stuff. And for a designer (well, for me at least) good stuff = 1 of 3 things:
1. Creative Freedom
2. Decent Budget
3. Likeable Clients

And in several cases, I’m even into my #4: Projects/Clients I Genuinely Support and/or Am Excited About. So yeah, I’m savoring this, counting my lucky stars, rubbing the Buddha, etc.
END_OF_DOCUMENT_TOKEN_TO_BE_REPLACED