END_OF_DOCUMENT_TOKEN_TO_BE_REPLACED

The ABCs of Trump: Words My Kid Has Learned Since 45 Took Office

The other day my 7-year-old was chatting away about some odd thing or another — a not infrequent occurrence. But this time instead of pretending to understand words like Zombie Pigmen or Squirtle, I heard a word I recognized: egomaniac. I didn’t catch the context, but knew immediately why this had entered my son’s lexicon: Trump. This got me wondering… What other words has my kid learned since DJT became president?

As a candidate and up through his first 222 days in office (but who’s counting?), 45 has introduced the American people to new levels of divisiveness, self-involvement, and volatility. He’s also introduced Americans — and our children — to a whole lot of new words.

Some of these are words adults don’t typically teach to kids due to them being entirely inappropriate. Many are words whose definitions have been tainted by POTUS-association. And quite a few are completely made up — maniacally spewed from Cheeto-In-Chief’s raging maw.

So as it’s a brand new school year, I’ve compiled a vocabulary list — an ABCs of the unfortunate, vulgar, disturbing words my child and others have learned these recent dark months.

THE ABCs of TRUMP

WARNING: As with everything Trump-related, some language may not be suitable for children. Or anyone, for that matter.

.
A is for ARMAGEDDON

Armageddon was one of those films I look forward to watching with my son in a few years. Perfect for a lazy Sunday afternoon, devouring popcorn and laughing at the ridiculousness of it all. Now the actuality looms on the horizon, thanks to our posturing POTUS. Where’s a squad of slow-motion-walking misfits you need them? • Additional As: arrogant; alternative facts; alt-right
.

B is for BIGLY

His ego knows no bounds — so it made sense Trump would make up a word to exaggerate his exaggerations. But it turned out that a) he was maybe saying big league instead; and b) bigly is an actual word, though categorized by Dictionary.com as archaic (meaning nobody uses it anymore, so you’re weird if you do). Either way, Merriam-Webster honored bigly as one of the most-searched words in 2016. And what was the top Word of the Year for 2016? Surreal. • Bonus Bs: buffoon; Breitbart; blowhard; bigot

(Aren’t you proud I made it through that without a single joke about Trump’s decidedly non-bigly hands?)
.
END_OF_DOCUMENT_TOKEN_TO_BE_REPLACED

Growing Up Before My Eyes 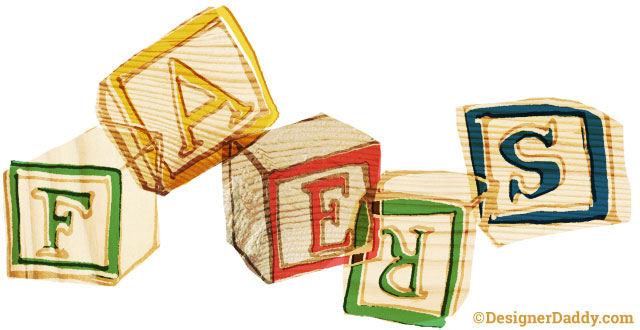 Have you ever seen your child grow older right before your eyes? It recently happened to me, as I witnessed my son pass an important milestone — the end of Toddler Talk.

We were coming home from preschool, and JJ says the word “three.” Not “free,” not “tree,” but “THHHree.” In the span of a few seconds, he snatched the “T” and the “H” from his stack of baby blocks, sending the whole pile tumbling around his proud, yet nostalgically sad, Dad.

I could tell he’d been working on it at school, and was trying to speak with much precision and purpose. On the remainder of the drive, I asked him questions that required an answer with a “TH” word. When we got home, I pulled out my phone to document his accomplishment to share with Grandma, who’s an English professor. And also Grandma. We ran through a couple of the words we’d already practiced, and then I sprung a new one on him, resulting in some pretty big belly laughs from Dear Old Dad…

END_OF_DOCUMENT_TOKEN_TO_BE_REPLACED

Another major milestone has passed. JJ finally learned to pronounce the “SP” sound.

That may not seem like much to you. I mean who really needs to say “spooky,” “spit,” or “spoon” all that often anyway? But keep in mind it’s also the start of “Spider-Man.” And if you’ve read this blog for any length of time, you know that’s a pretty important word in our house.

So up until the other day, my son did what most kids learning to speak do — made it harder on himself. I’m just not sure how saying “ssssfooky,” “ssssfoon,” or “Sssfider-Man” is easier than the actual words… yet it’s so cute I could just sssfit!

It wasn’t too long ago I did another of these posts, lamenting the passing of some baby-talk. Dere dwopping wike fwies! (Fortunately, some still remain.) So before even more slip into the ether — and in honor of Spidey’s entree into the lexicon proper — I’ll share a few of JJ’s superhero-themed misspeaks. Big mutant-powered props to whoever can guess without using their x-ray vision (or sneaking a peek at the translations below). 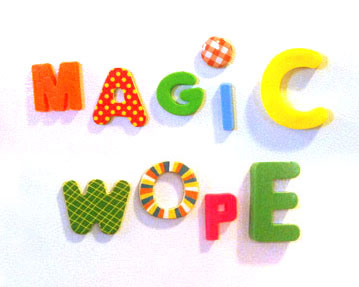 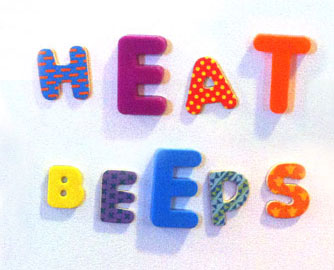 So True Believers, what are/were some of your kid’s most adorable baby-talk words?

END_OF_DOCUMENT_TOKEN_TO_BE_REPLACED

It’s been said many times (and yes, in many ways…) that Christmas goes by too damn fast. Not the “Holiday Season” itself, mind you. That’s an ever-expanding, multi-month period of excessive eating, spending and stress we could all do with a little less of. But December 25th comes and goes in an instant, so I find it beneficial to not only savor it while it’s here, but reflect on it afterwards. This is also helpful because I can never remember who gave me what.

Childhood, too, is known for speeding by much too quickly.

Case in point: I had this post planned for a couple of weeks, to showcase various holiday phrases JJ mispronounces in his cute toddler vernacular. But by the time I got around to hunting through all the letters and taking the photos, he’d already learned to say two of the phrases correctly. Slow down, buddy!

So yeah, I’m writing a Christmas-themed post after Christmas. And yup, JJ no longer mispronounces “Candy Canes” or “Merry Christmas” (He’s thankfully still working on his “th”s, so Frosty the Snowman’s refrain remains adorable). But I needed to write it all down before he races ahead to the next milestone — and so I can savor this little morsel of Holiday sweetness a bit longer. 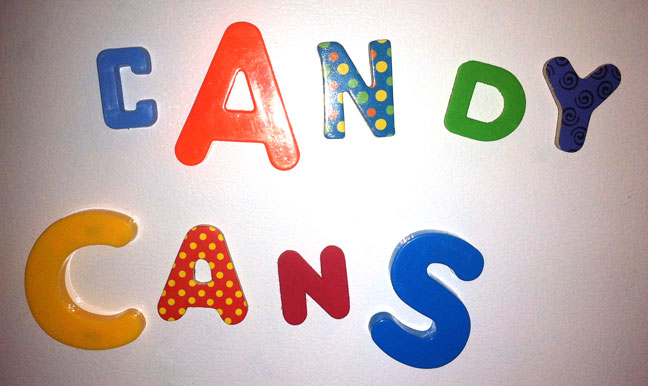 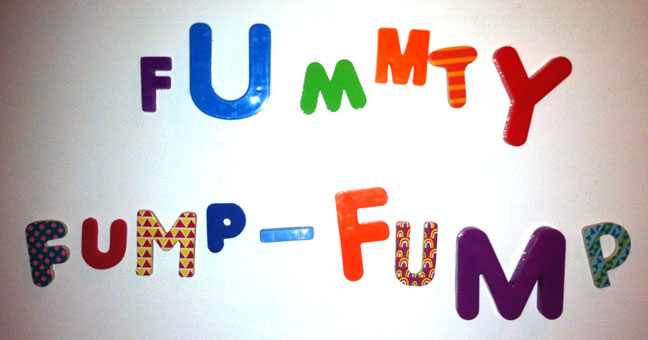 I’ve had this post in my “draft” queue forever… JJ’s had a renewed interest in spelling which reminded me of this early (and hilarious) attempt to understand how it all works.

I can’t believe another year has zoomed past, and with that a toddler that’s learned to zoom quite a bit on his own! To recap, here are a few of JJ’s favorite things from 2011…

END_OF_DOCUMENT_TOKEN_TO_BE_REPLACED

Advent In An Hour: Dec 9

I’m not sure if the apparel being donned is as much gay as it is obnoxious and tacky. 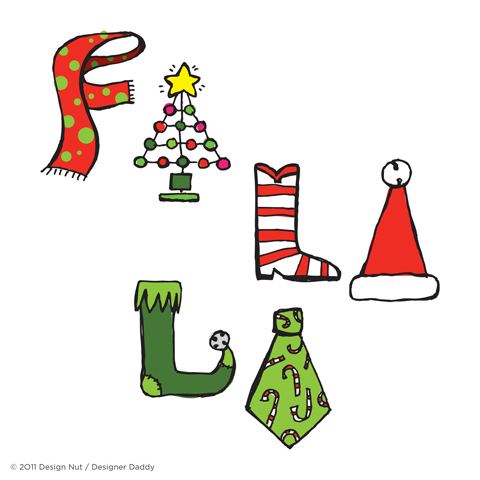