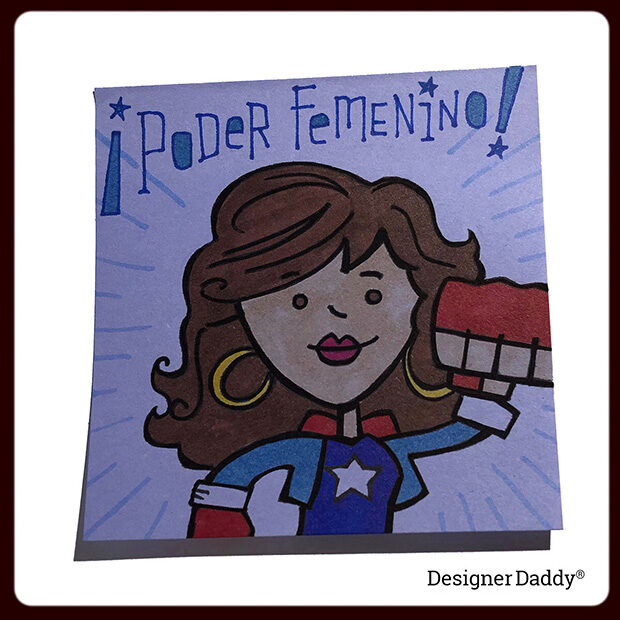 Originally part of the Young Avengers, America Chavez has gone on to appear in her own solo comic, and will make her live-action film debut in 2022’s Doctor Strange in the Multiverse of Madness. As a Puerto Rican lesbian raised by two mothers, Miss America ticks plenty of diversity boxes, and has emerged a vibrant, popular character in the Marvel Universe.
.

These two DC Comics characters’ Hispanic heritage were a surprise to me. Kyler Rayner (whose father is Mexican-American) was introduced as the newest Green Lantern in 1994, filling in for a rogue Hal Jordan. As the only villain on this list, the half-Cuban Bane debuted in 1993, making a name for himself by breaking Batman’s back.
.

Latino superheroes are too rarely the star of their own comics or films. However, they’ve been showing up more frequently as valuable members of super-powered teams. While Guardian of the Galaxy‘s Drax is an alien, he’s played hilariously by wrestler/actor Dave Bautista, born to Filipino-Greek parents, with roots in Puerto Rico. Victor Mancha (AKA Victorious) appears in the Runaways comics and TV show, and is the cyborg offspring of a Mexican-American mother and robot baddie Ultron. Vibe first appeared in comics as a breakdancing, parachute pants-wearing member of the JLA. The Puerto Rican/Columbian hero went on to be an integral (and fan favorite) part of CW’s The Flash.
.

Some of my and my son’s favorite otherworldly heroes are played by Latino/Latina actors. Valkyrie originally appeared in Marvel comics as very blond and very caucasian. For the Thor and Avengers films, the Asgardian warrior is portrayed by Afro-Panamanian and Mexican actress Tessa Thompson. Guatemalan-Cuban actor Oscar Isaacs is resistance pilot Poe Dameron in the final Star Wars trilogy. Isaacs also shows up as the mutant villain Apocalypse in X-Men: Apocalypse, and will star in the upcoming Disney+ series Moon Knight.
. 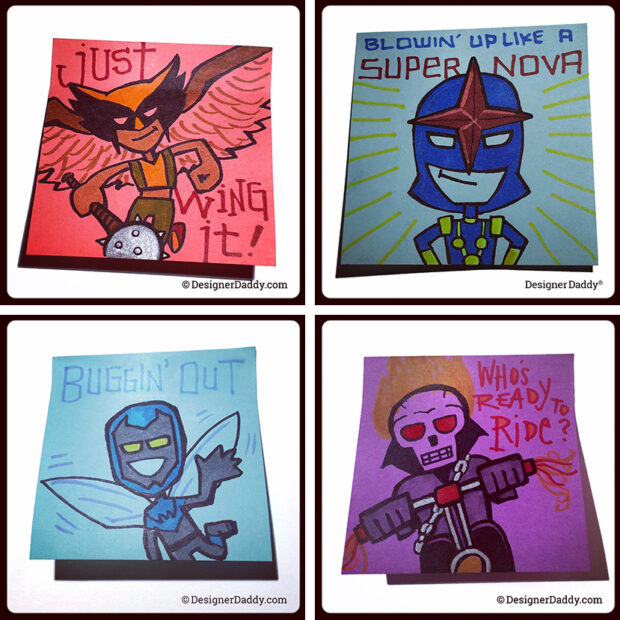 Many minority superheroes are newer iterations of characters that were originally white. Hawkgirl is the oldest character on this list, having first appeared in DC Comics in 1940. In 1999, Latina Kendra Saunders became the latest winged warrior; she appeared on The CW’s Legends of Tomorrow, played by actress Ciara Renée. Mexican-American Sam Alexander became the new Nova in 2011, and can be found in the pages of Marvel’s Champions. In 2014, Mexican-American Robbie Reyes became the fifth Ghost Rider in the character’s long history; he appeared in season four of Agents of S.H.I.E.L.D., played by actor Gabriel Luna. Jaime Reyes became the third Blue Beetle in 2006. His character is Mexican-American, younger, and more powerful than either of his predecessors. Actor Xolo Maridueña will portray the character in a live-action show on HBO Max.
. 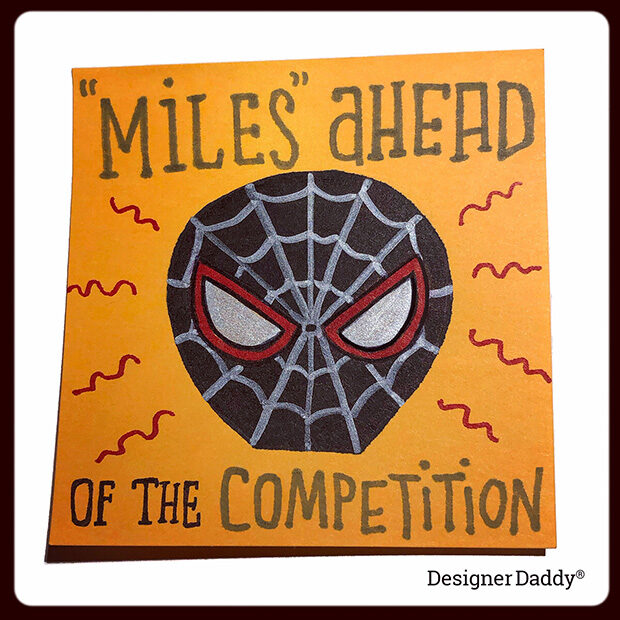 One of the most successful superhero reboots in recent years has been Miles Morales, a Spider-Man from an alternate universe. This new Spidey is the son of Black and Puerto Rican parents, and has been a huge hit in the comics and on the big screen in Spider-Man: Into the Spider-Verse. You can also check him out in Spidey and His Amazing Friends on Disney+ and in a sequel film due in 2022.
.

Two more instances of characters having their ethnicity changed to reflect our diverse world. Molly Hayes debuted in the pages of the Runaways comic books, but became Molly Hernandez (played by Latina actress Allegra Acosta) for the TV series. When Big Hero 6 went from the comics to an animated feature, the character Honey Lemon was reimagined Latin American, voiced by Cuban-Venezuelan actress Genesis Rodriquez.
.

You often have to go outside mainstream comics to find more diversity, as with these examples. Ricky Fitness (played by Mexican-American musician/actor Richard Falomir) is the drummer and super speedster on The Aquabats Super Show! Agent Otto is among the very precocious super spies on Odd Squad, played by British-Filipino actor Filip Geljo. Ripley (who is half Afro-Mexican) appears in the award-winning Lumberjanes comics. As the youngest member of the group, she brings lots of energy to their fantastically freakish summer camp adventures.
.

A couple more non-comics heroes can be found in popular children’s movies. Miguel is the star of Disney’s Oscar-winning animated feature, Coco. Not only was the film the first Disney animated film to center around Latino characters, it was the first movie (of any kind) with a nine-figure budget to feature an all-Latino cast. Carmen and Juni Cortez are the titular stars of the Spy Kids movies. Created by Mexican director Robert Rodriguez, the franchise consists of four feature films, an animated series, and several video games.
.

Every once in a while I doodle some of my son’s real life heroes. Rey Mysterio (born Óscar Guitérrez) is one of the most influential professional wrestlers of all time, referencing his Mexican-American roots in his colorful persona. Mexican-American Anthony Rendon was a third baseman for the Washington Nationals, helping the Nats win the 2019 World Series with key home runs in games six and seven.
. 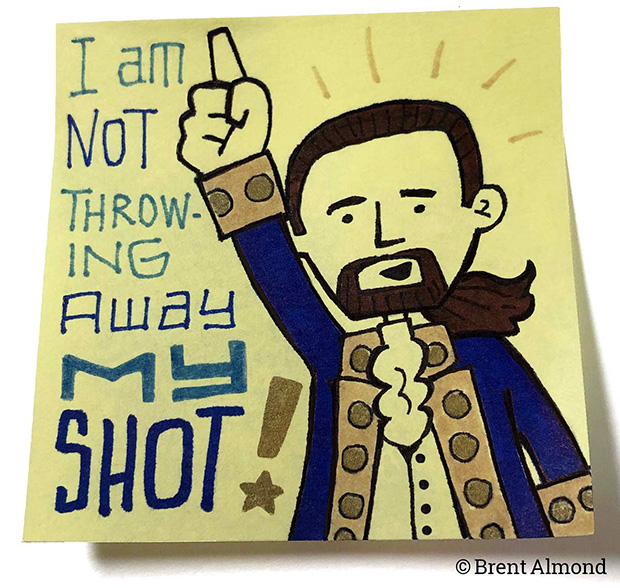 One more real life hero for the curtain call… Lin-Manuel Miranda. A proud advocate for his Puerto Rican heritage, he’s the creator and star of Hamilton and In The Heights — both of which this musical-loving dad is proud to say his son loves, too.

I struggled a bit with the title of this post — whether to use Latino, Latino/Latina, Latine, Latin, or Latinx. After a bit of research I settled on “Latino,” as it’s most commonly used to describe this community, and would thus be the most likely term to be searched. As you’ll see, my list contains characters from many different Hispanic cultures, and even includes some LGBTQ heroes. And to my Latinx friends and readers, please know that you are seen and valued!

Please check out my other posts celebrating Black and LGBTQ superheroes!