A Few Other Firsts

Partway through the dark times known as The Grade of Fifth, we started looking into private schools. After a year of barely scraping by with distance learning, the looming cloud of public middle school’s large class sizes and less teacher-student interaction had us scrambling for other solutions. We found a great school recommended by many (friends, teachers, therapists), known for its work with ADHD and other learning challenges.

It’s also our first time encountering school uniforms. Well, it’s mine and Jon’s first time. Papa went to Catholic school, so he’s an old, holy pro. The khakis and branded tees/polos aren’t too drastic of a change from the last year-and-a-half of gym shorts and tank tops. Plus the blue makes his eyes sparkle! ✨ (obligatory embarrassing dad comment)

In looking at past photos, I noticed one more first — which makes this nerdy father a little sad. This is the first year my kid’s clothes and school supplies don’t have any pop culture references! Gone are the days of fuzzy Chewbacca lunchboxes, Black Panther backpacks, and Pokémon binders. My son picked out all of his stuff this year, and he steered clear of any character gear. Yet while his lunchbox is woefully gray, his binder is a cool purple and he carries it all in his gnarly* checkered Vans backpack. Thankfully he still likes to wear what he calls his “nerd shirts” (Mario, Avatar, Zelda, etc.) when not in school.

Once again, I let my nearly 12-year-old pick all of his favorites for this annual post. You’ll note some rather mature choices among them, particularly in the movie and music categories. I vacillate between worrying what other parents will think and not GAF. I’ve been enjoying the liberation of choosing the latter. Plus it’s been fun during lockdown to enjoy together the wonders of grunge, hip-hop, horror, and senseless action flicks.

However on a lighter note, if you haven’t yet seen Schmigadoon! on AppleTV+, go check it out now! It’s hilarious and sweet and a great way to school your kids on classic musicals and all their corny tropes. There’s one particularly catchy (and educational) take on “Do-Re-Me” called “Va-Gi-Na.”

Luckily, he’s not fully grown just yet, as evidenced by his favorite food. But I’d give anything for his taste buds to mature, even just a little. 😭

Even with Delta doing its thing and the fact that my kiddo still has to wear a mask all day, I’m feeling more positive than I have in a long while. Like many of you, I’ve spent the last 18 months struggling and stressing and being overly (often necessarily) introspective. I’ve not blogged as much for that reason. I know sometimes writing can be therapeutic, but for me it began to have the opposite effect, causing me to give the darkness too much attention.

So instead of qualifying the good stuff or listing everything I’m worried about, I’m focussing on all of the great firsts we’re experiencing. Here’s to optimism, hope, and the year ahead!

Back in the Day

Grades K-5, for your viewing, (and my reminiscing) pleasure. 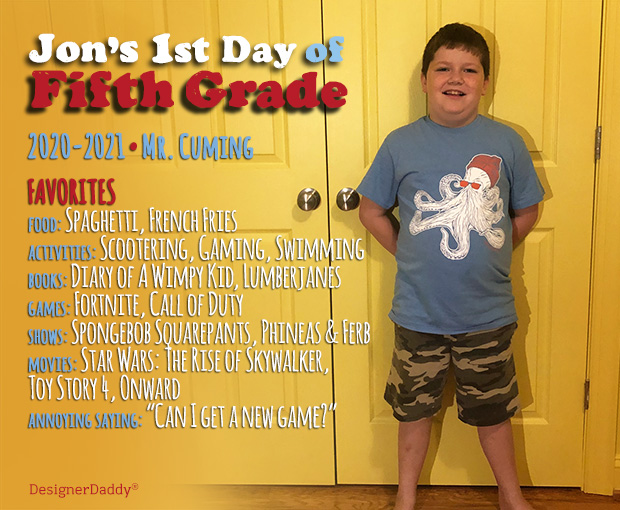 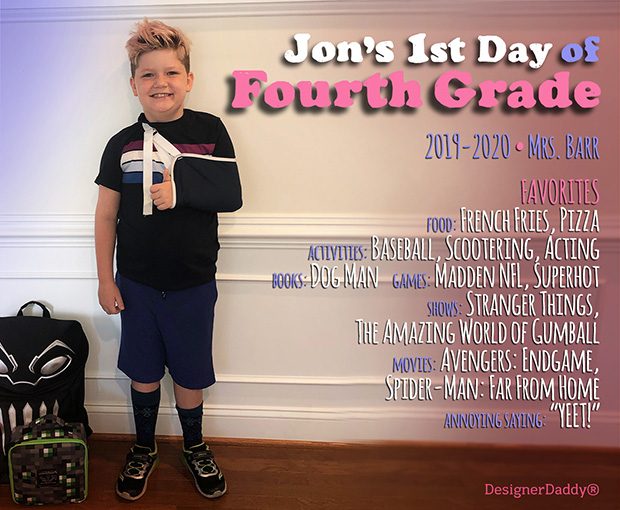 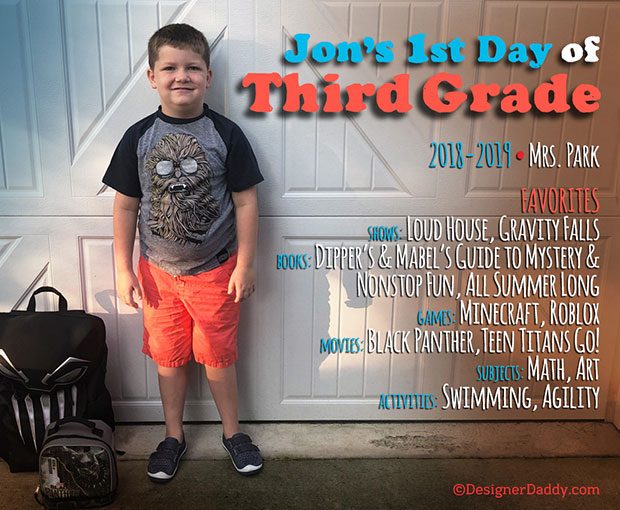 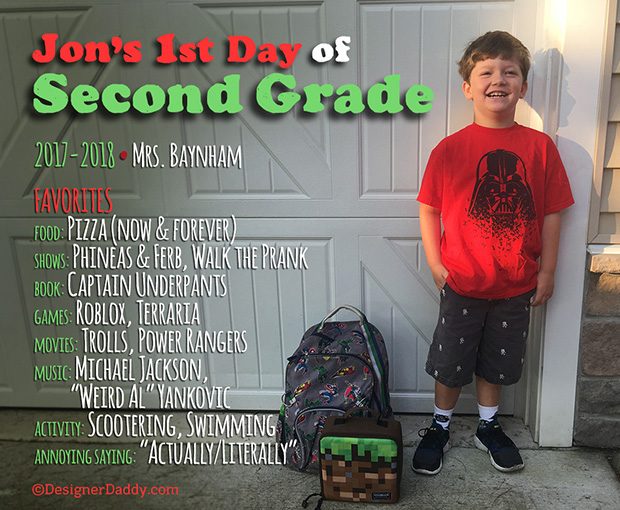 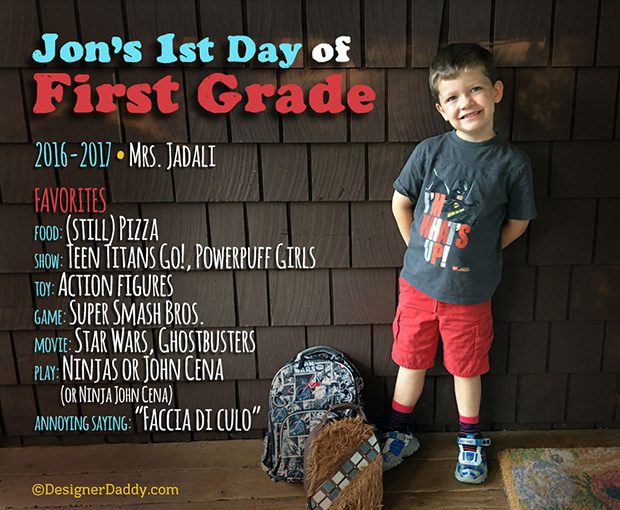 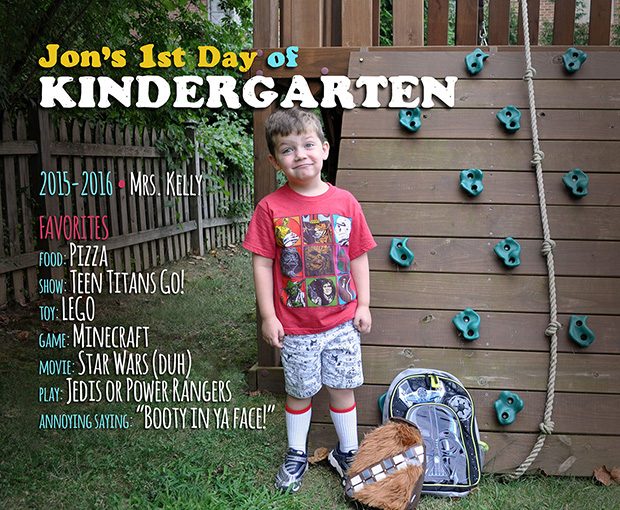 Have a great year, and please share your own first day photos!

One response to “First Day of School: Sixth Grade!”