Disney’s musical moneymaker is here because it was the first movie our hyperactive kid sat all the way through. “Sat” may be overstating it, as he was standing most of the time, often leaning forward between the folks in front of us. But he was enthralled. Our then four-year-old of course loved Olaf, and didn’t mind at all that the two main characters were princesses. He did, however, cover his ears during “Let it Go,” yelling that it was “TOO LOUD!”

Everything is truly awesome in this blockiest of toy stories. It’s endlessly quotable; stacked sky-high with jokes for all ages; and features a sweetly psychotic kitty and a sarcastic Batman. Plus it wraps up with a super-meta life lesson about letting kids be kids and toys be toys. 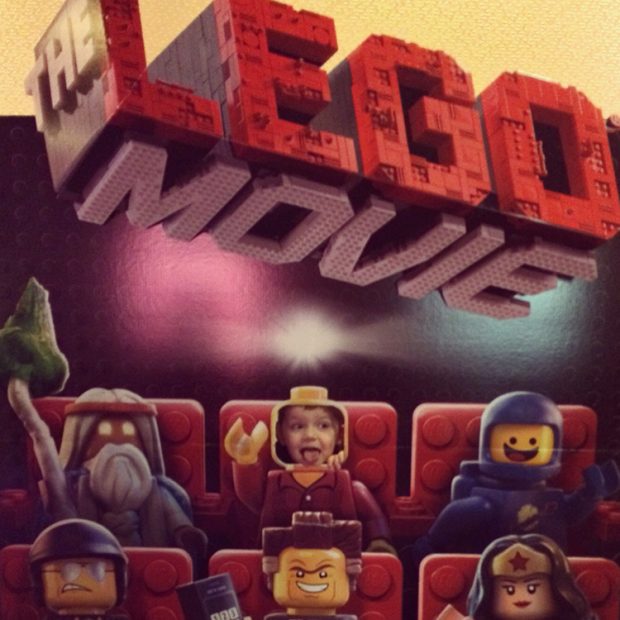 Our child was especially excited to see Big Hero 6 due to the multitudinous ads declaring its premiere date that also happened to be his (fifth) birthday. It was as if the movie was being released just for him. We both loved the quirky band of STEM-powered heroes, the super creepy villain, and the adorably protective sidekick. Every once in a while, we still do the Baymax fist bump.

If I weren’t doing this list chronologically, The Force Awakens would be far, far away at the top. I’ve written about my and my kid’s love of Star Wars many times, so I’ll spare you the saga. Let’s just say taking my son to go see a new Star Wars film on the big screen was something I never could have imagined. Certainly not when I watched the Millennium Falcon jump to hyperspace all those years ago with my own father. 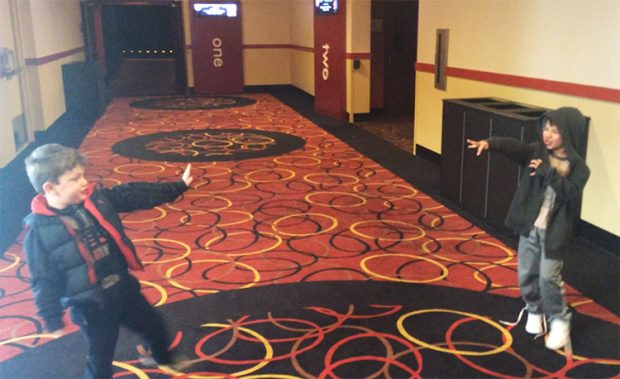 Jon and his best Jedi buddy having an epic Force battle in the theater lobby.

While this list is almost all superheroes and space adventures (What a geek-tacular decade!), these films share a spot on the list because of their depictions of adoption. Whether through silliness or thoughtfulness, creating family through adoption (as ours was) was pivotal to the plot of all three films. Each movie experience gave us an opportunity to discuss, answer questions and celebrate our family’s uniqueness.

Bonus: the two animated films (Panda and Storks) also included subtle representation of same-sex parents — yet not too subtle for my perceptive youngster to notice. 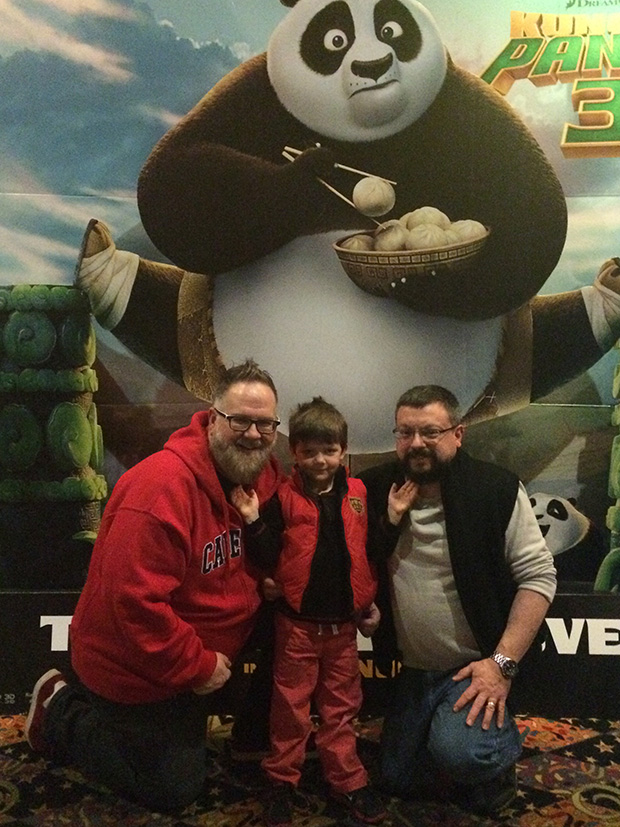 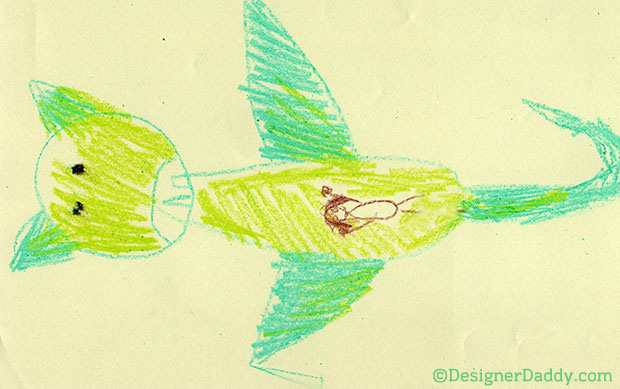 One unintentionally wondrous thing about these movies is the number of strong/smart/confident girls featured in them. Yet long before Elsa, Rey, Shuri, Captain Marvel, Spider-Gwen and Wyldstyle, there was Wonder Woman. Not only was our son schooled from birth on the Amazonian princess, but he’s met IRL Wonder Woman Lynda Carter twice. So by the time Wonder Woman finally got a feature film, my little boy was the biggest of fans, cheering Diana on as she thwarted all manner of Nazis, mad scientists and evil Olympians with her strength, smarts and confidence.

It’s also been a blast introducing my son to an ever-increasing number of heroes of color. None has had a greater impact than Black Panther, who headlined one of Marvel’s best films to date. Black superheroes were presented as both powerful and technologically advanced, and the messages about racism weren’t lost on my then eight-year-old. Next to T’Challa, Killmonger was his favorite character, who “did some bad things, but for the right reasons.”

Serendipitously, the Marvel Cinematic Universe debuted alongside my foray into fatherhood. Though my kid was too young to witness the MCU’s theatrical beginnings, we were able to experience its epic culmination together. While Endgame was the official end, Infinity War edged it out as a family favorite. Not only was it more suspenseful and action-packed, it also evoked some pretty heavy emotions. As with many fathers and sons, we both shed some serious tears when our pal Spidey bit the dust.

Okay, Spider-Man died in this movie, too — but beyond that it was an over-the-top thrill ride of a movie. The animation was spectacular, as was the soundtrack, the time/space-hopping plot twists, and the kooky cast of supporting Spider-Men/Women/Pigs. Moreover, there’s the great relationship between Spider-newbie Miles Morales and his father. I’ll bet I wasn’t the only embarrassing dad to pull the “I love you” drop-off move at school the next day.

I’ve already written about this character and this film at length. So I’ll just share some links and this photo of a dorky dad (and his fanboy sidekick), fulfilling a couple of lifelong dreams simultaneously. 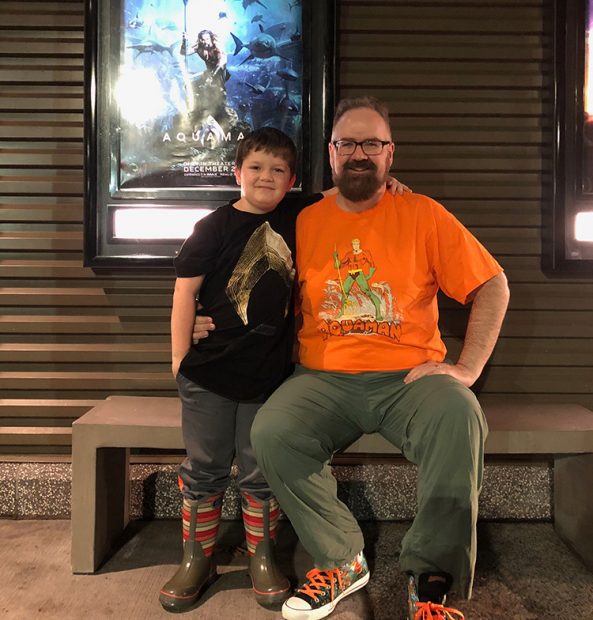 I could have included about 10 more movies — like Inside Out, Ant-Man, The Peanuts Movie, Zootopia, Trolls, Power Rangers, Thor: Ragnarok, Coco, Teen Titans GO! to the Movies or Shazam!… but we’ve all got stuff to do. Like go see more movies!

What have been the favorite movies you’ve seen with your kids?