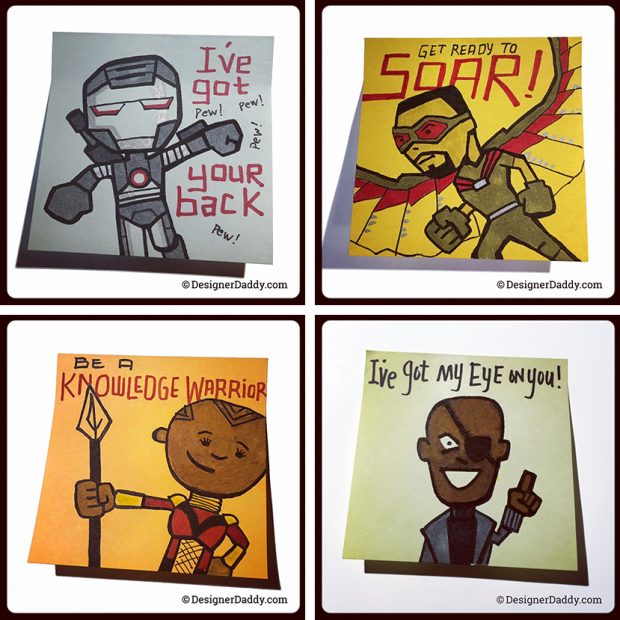 No other medium has introduced more black superheroes to a wider audience than the Marvel Cinematic Universe. War Machine, Falcon, Nick Fury and Okoye are just some of the characters featured in films like Iron Man 3, Captain America: The Winter Soldier, The Avengers, and Black Panther. Falcon is also set to star in the upcoming series, The Falcon & the Winter Soldier!
.

Disney, in addition to owning Marvel and producing the above mentioned films, has been upping their game with some amazing black superheroes. Frozone keeps things cool in the Incredibles franchise, while Wasabi charms as a kind-hearted scientist (with laser gloves) in the Big Hero 6 film and series.
.

The Star Wars universe has gotten progressively better about featuring non-white (and non-green) characters. Three standouts include Finn from Episodes VII-IX, Lando Calrissian from Episodes V, VI and Solo: A Star Wars Story, and Mace Windu from Episodes I-III, as well as the animated series, Star Wars: Clone Wars and The Clone Wars. 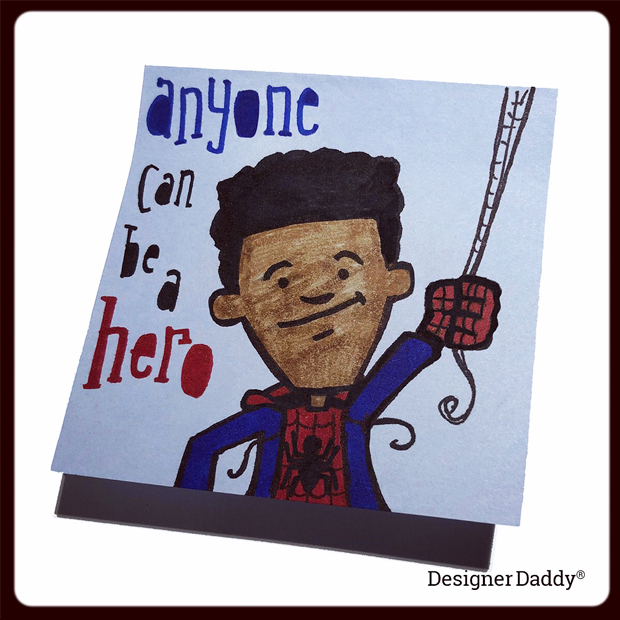 Miles Morales was introduced in an alternate universe, but quickly gained popularity rivaling that of original Spider-Man, Peter Parker. Check him out in the utterly amazing Spider-Man: Into the Spider-Verse.
. 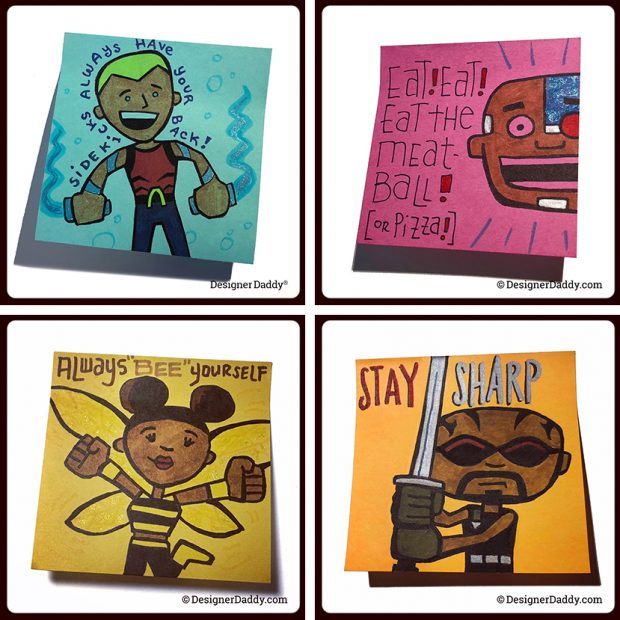 Animated series are a great place to find a slew of dynamic black heroes. Aqualad on Young Justice, Cyborg on Teen Titans GO!, Bumblebee on DC Super Hero Girls, and Blade in episodes of Ultimate Spider-Man and HULK and the Agents of S.M.A.S.H,, to name just a few.

FUN FACT: Bumblebee was the first black female superhero in a DC Comics title, appearing in Teen Titans in 1976.
.

Live-action TV has also become a great source for introducing black superheroes to audiences. Watch Kid Flash on The Flash, Cloak on Cloak & Dagger, and Mister Terrific on Arrow.
.

These characters are green, but are played by black actors. Visibility counts, and black actors and actresses portraying kick-ass heroes of any skin tone goes a long way to inspiring young superhero fans! Martian Manhunter shape-shifts on Supergirl, while Gamora kicks all the butt in the Guardians of the Galaxy and Avengers: Infinity War.
. 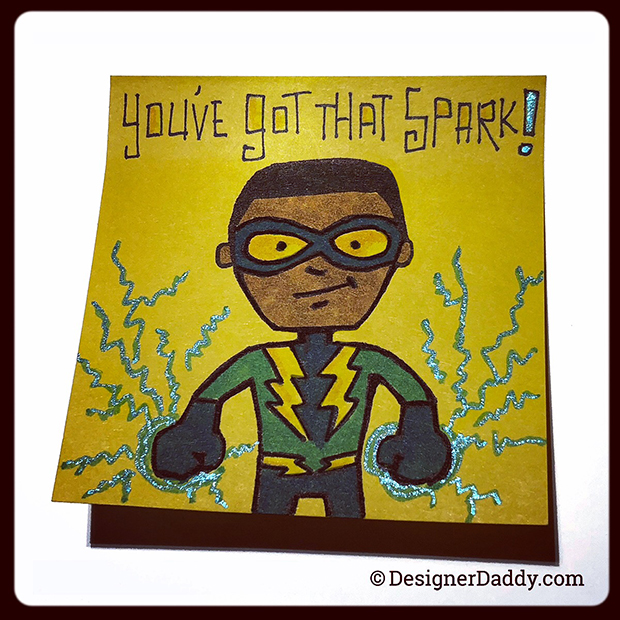 Black Lightning has the distinction of being the first black superhero to have his own solo title with DC Comics, which debuted in 1977. He and his equally superheroic daughters, Thunder and Lightning, take down the bad guys weekly on the CW’s Black Lightning series.
.

One way comic book creators have added diversity is to introduce new versions of previously white characters. While often met with fan pushback, many of these characters have gone on to popularity out from the shadow of their paler predecessors. A few of these include Green Lantern (John Stewart) on Justice League Unlimited, as well as Hawkgirl (Kendra Saunders) and Firestorm (Jackson Jefferson) on Legends of Tomorrow.

Other black characters have been introduced as partners or proteges to long-established heroes. Riri Williams used Iron Man tech to become Ironheart, while John Henry Irons stepped in for the (temporarily) deceased Superman as Steel.
.

Super villains are often more interesting than their heroic counterparts, and the same applies for a few stand out black villains. Eric Killmonger brought depth and soul to Black Panther, while Black Manta proved an unstoppable nemesis in Aquaman and as part of the Legion of Doom on the classic Challenge of the Superfriends.
. 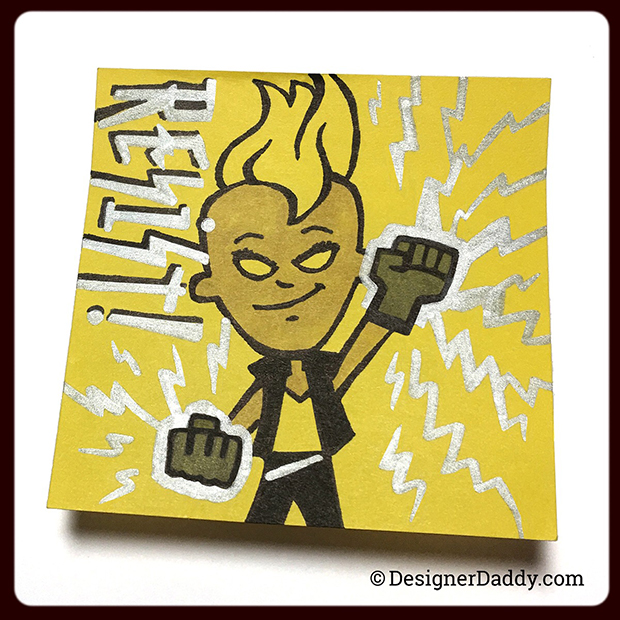 Before the MCU took over the world, Storm was the premiere black superhero, starring in four X-Men films to date.

FUN FACT: Storm was the first black woman superhero to appear in Marvel Comics, debuting in Giant Size X-Men #1 in 1975.
.

Batwing (Luke Fox) is the son of Batman’s tech genius Lucius Fox, and will appear on the upcoming Batwoman series; the bulletproof Luke Cage is featured in animated series The Super Hero Squad Show and Avengers: Earth’s Mightiest Heroes; Vixen conjures the power of animals on Justice League Unlimited, Legends of Tomorrow, and in her own web series, Vixen.

FUN FACT: The first comic book to star a black superhero was Luke Cage: Hero for Hire in 1972.
.

Captain America has inspired two different (red, white and blue) black heroes. Patriot first appeared in Marvel comics in 1941, with his grandson taking up the mantle more than 60 years later in the pages of Young Avengers. Sam Wilson (Falcon) took up Cap’s iconic shield during the (temporary) incapacitation of Steve Rogers.
. 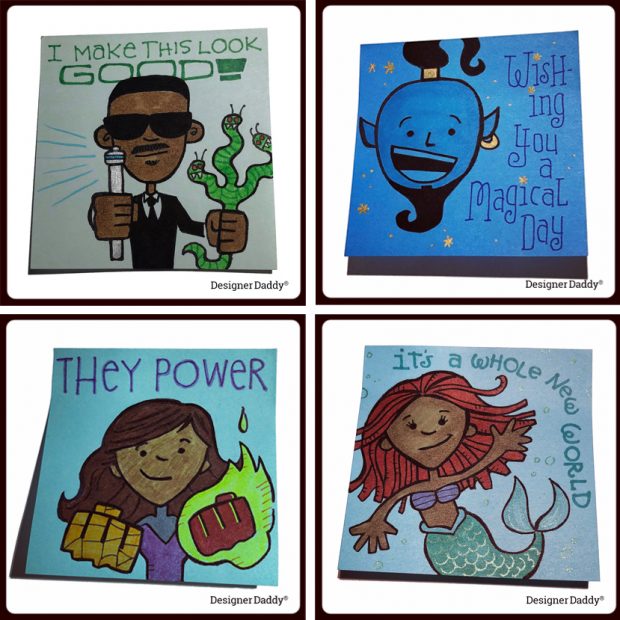 2020 UPDATES: Will Smith pulls double super-powered duty as Agent J in the Men in Black films, and as the fast-talking Genie in the live-action remake of Aladdin; actress Halle Bailey has been cast as Ariel in the upcoming live-action remake of The Little Mermaid; shapeshifting alien Xavin presents as both a black boy and black girl in the Runaways comic book series, and is played by actress Clarissa Thibeaux in the TV series.

2022 UPDATES: I had a blast doodling some great black superheroes (and villains) over the last couple of years for my son. Here are all the new (non-repeat) characters. 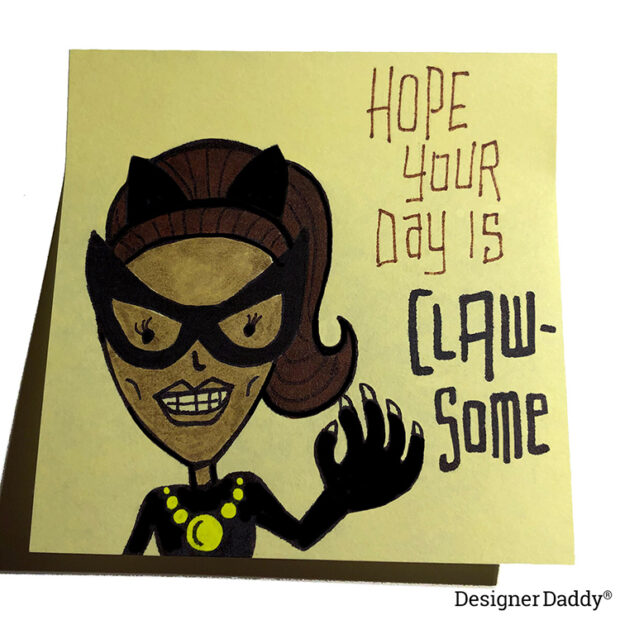 Before Halle and Zoe, Eartha Kitt was the first black actress to portray Catwoman on the Batman TV series. Her balance of sinister, sexy and camp was always purrrrfect.
.

Child-napping, black saber-wielding Moff Gideon was the primary villain on season one of The Mandalorian, played by Giancarlo Esposito. Dwayne “The Rock” Johnson will star as Shazam’s longtime nemesis Black Adam in the upcoming DC Comics film of the same name.
. 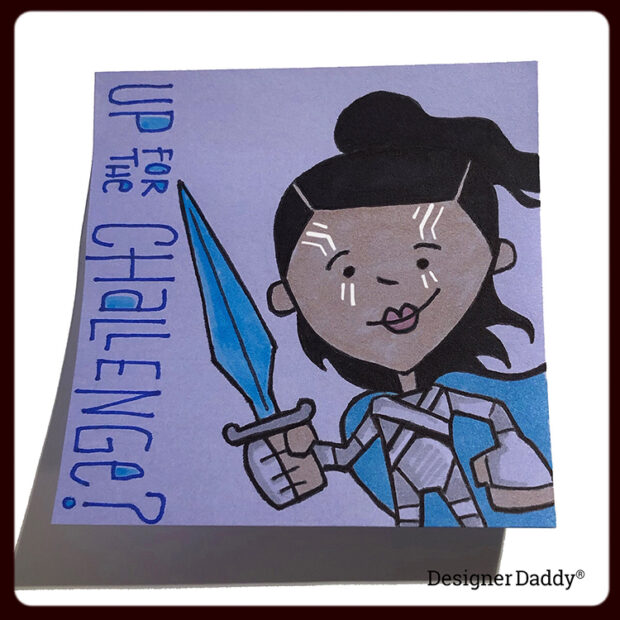 Tessa Thompson is the MCU’s swashbuckling Valkyrie, having appeared in Thor: Ragnarok, Avengers: Endgame, and Thor: Love and Thunder.

FUN FACT: Thompson is no stranger to the world of sci-fi and fantasy, having also appeared on Westworld, Men in Black: International, and the final season of Heroes.
. 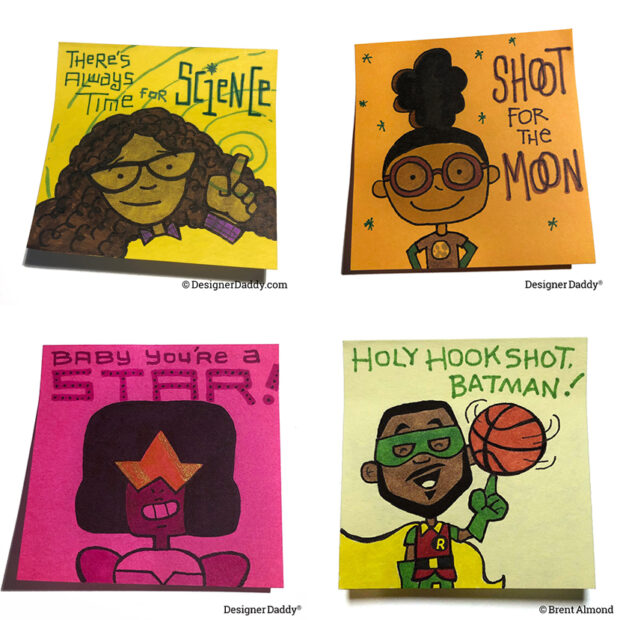 Black heroes shine in every genre of kids’ entertainment: Storm Reid plays Meg Murry in the 2018 film version of A Wrinkle in Time; super-genius Lunella Lafayette battles evil with her pet T-Rex in Marvel’s Moon Girl and Devil Dinosaur — a popular comic and an upcoming animated series. LeBron James played ball (and Robin, briefly) with the Looney Tunes characters in Space Jam: A New Legacy; while not explicitly black, many fans view fabulous, nonbinary Garnet as such on Steven Universe. She’s voiced by British rapper/singer Estelle.
. 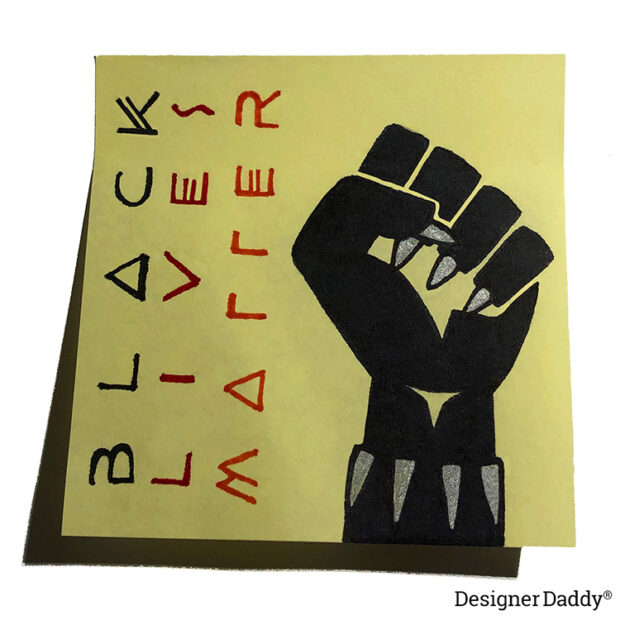 I’ll end this post with a bonus Black Panther note I did for my son’s lunch not long after we participated in a Black Lives Matter protest.

While the list is rather exhaustive, it’s by no means definitive. My main rule for lunch notes is that the character has to be someone my son knows. So while I’m constantly introducing him to new characters through comics, tv and movies there’s still plenty left to discover. I hope to add others to this post as I create notes for them.

Get your daily serving of SuperLunchNotes by following me on Instagram!