Let me start by saying if you’ve come for an objective review of Aquaman, you’ve come to the wrong place. Read about my lifelong adoration of the King of the Seven Seas.

The plot is loosely based on the 2011-2012 Aquaman comics by Geoff Johns, with some twisty differences thrown in for good measure. So while I was generally familiar with where the story was going, I thought director James Wan did a splendid job of transferring it to film.

I can’t really review the film without talking about Jason Momoa. A lot of comic book fans were unhappy with this casting. They said he didn’t look anything like the character; that he was too loud and comical. Critics quickly nicknamed Momoa “Aquabro” for his cavalier, surfer-dude characterization introduced in Justice League. 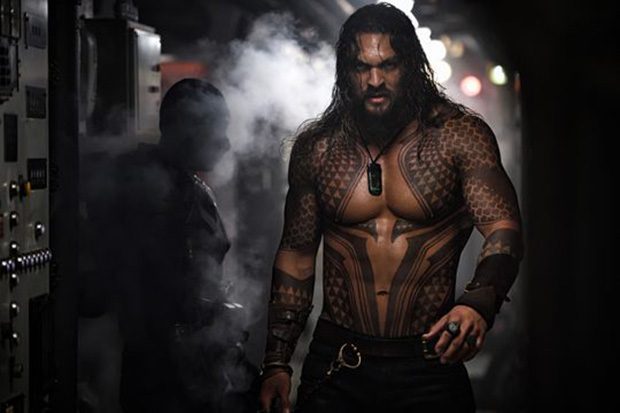 However, I thought it was brilliant. Momoa — who is smoking hot and always seems to be enjoying himself — was a great choice to create buzz and help elevate the character’s popularity and ensure a solo film. Plus, choosing an actor of Pacific Islander descent fit perfectly with Aquaman’s aquatic origins, and added a much-needed splash of color to the mostly lily-white sea of superheroes.

To have chosen one of Hollywood’s A-list blonds like Pitt or Gosling would have fed right into the perception by many that Aquaman is a weak character. Yet to go with an actor who was rough, rugged, hairy and hilarious was to look the critics in the face, smash a beer bottle over their heads and laugh uproariously.

To Sea is to Believe

Visually, the film was a feast for the eyes. From the depiction of Mera’s powers, to a rousing chase through a Mediterranean village, or the overall spectacle of Atlantis, Aquaman consistently thrilled and impressed me. The third act undersea battle rivaled Lord of the Rings and Game of Thrones for both epicness and otherworldliness. 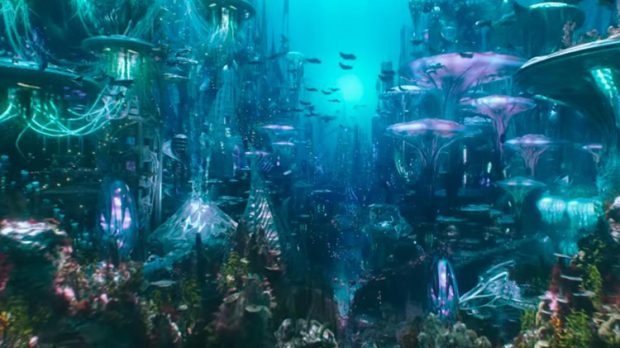 As villains go, Black Manta and Ocean Master have always been Aquaman’s primary foils. Both were depicted with accuracy and copious amounts of cool. Which is saying a lot, considering one wears a bathtub sized helmet, and the other an underwater cape. 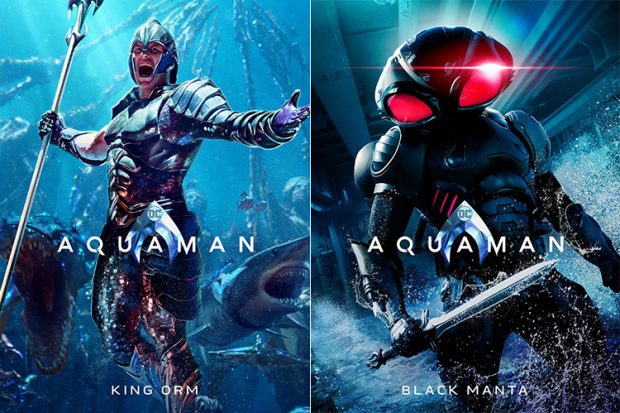 For anyone who’s ever joked about Aquaman talking to fish, the film dispels any and all perceived goofiness of the hero’s ability. Used sparingly, but to great effect, Aquaman’s telekinesis was woven nicely into the story line and development of the character. Additionally, there were scores of amazing mythical undersea creatures. Keep an ear out for one in particular voiced by Julie Andrews, lending Momoa and company a tentacle or two in the box office battle against Mary Poppins Returns.

My only minor complaint is the amount of exposition, particularly from Mera. Amber Heard is a better actress than I was expecting, and her neon ginger ‘do wasn’t quite as distracting as the trailers teased it might be. I get that explaining backstory is pretty de rigueur for superhero films. However, I’ve been reading variations on this story for decades, and I found myself getting impatient for the action and adventure. Yet since this is Aquaman’s first big screen feature, it didn’t bother me too much. I’d be curious to hear form those unfamiliar with the character or his origins to hear their opinion on this.

FYI, when I asked my son his favorite part, he quickly replied, “When Mera was a bad butt!” (He knows he’s not allowed to say “bad ass.”)

And while Momoa is a far cry from my first introduction to Aquaman, the filmmakers honored the character in ways both small and grand; ways that gave me goosebumps on a few occasions. And yes, one of them involved our hero swinging himself onto a giant seahorse. 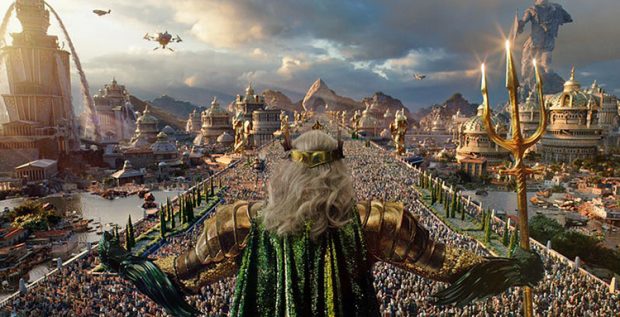 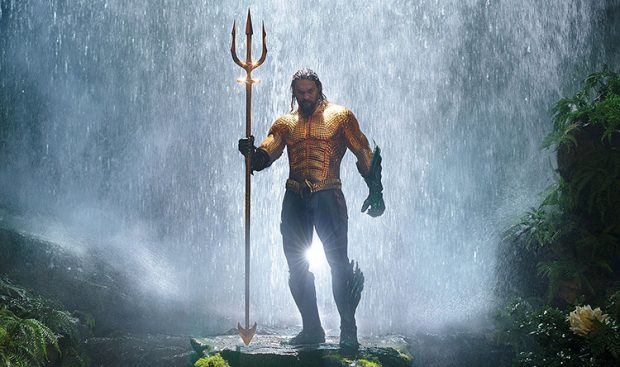 As I mentioned at the start, Aquaman has been my favorite superhero since childhood. I never dreamed he’d have his own movie in my lifetime. But like gay marriage and a black president, I’m elated to once again be proven wrong! The fact that the film happened at all is almost enough for me. The fact that it’s actually good, well-received by comic book fans, and kicked butt at the box office is like the Red Sox winning the World Series (the first time…enough already), Susan Lucci winning an Emmy, and Hillary Clinton winning the popular vote all rolled into one.

And the fact that I got to share this with my son makes the whole experience damn near perfect. 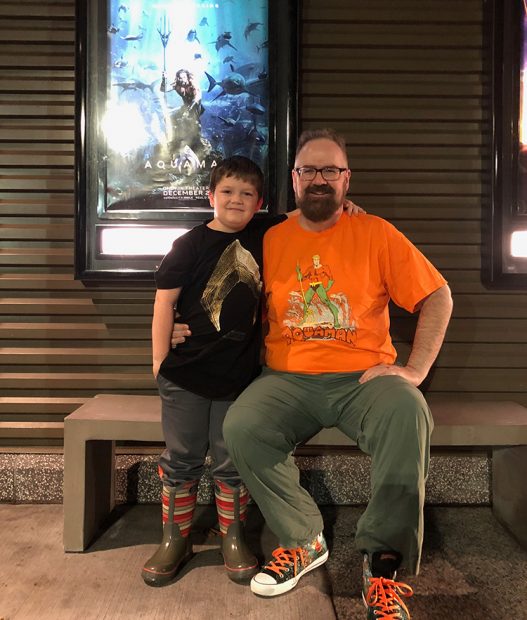 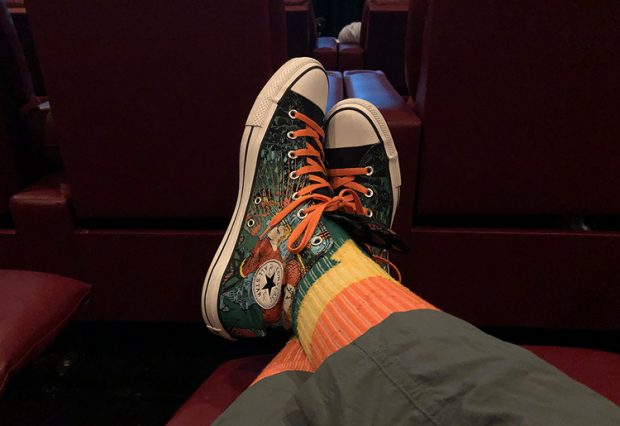 My fingers are tentatively crossed for a sequel, and that it’s packed to the gills with all the action, fun, and grandiosity that makes Aquaman a spectacular piece of superheroic cinema.

For lots more pop culture (and parenting, and politics) subscribe to Designer Daddy by entering your email in the space at the top of this page. You can also join in the fun by following Designer Daddy on Facebook!