When I got home from the conference, my research uncovered that the trans actor Gavin referenced was Peppermint — my absolute favorite contestant from season 9 of RuPaul’s RuPaul’s Drag Race. Tickets were snatched, post-haste.

BACK TO THE STORY

The text is loosely based on Sir Phillip Sidney’s 16th-century poem The Countess of Pembroke’s Arcadia. What this mostly means is that everyone talks like Kenneth Branagh and that there are lots of sex- and gender-related shenanigans. While the Elizabethan English might be a deterrent for some, the stunning visuals and song lyrics will keep you up to speed. A peppering of contemporary vernacular was also used to hilarious effect.

The Go-Go’s biggest hits (“Our Lips Are Sealed,” “Vacation,” “We Got the Beat,” etc.) fit seamlessly into the story. The show also featured two songs from lead singer Belinda Carlisle, as well as several deep cuts from the 1980s girl group’s catalog. The lesser-known songs were a surprisingly nice touch — I found myself listening more closely when I didn’t have lyrics to sing along with.

As for the cast, it was a thrill seeing Peppermint make her stage debut as the fabulously gender-bending Pythio. One of my favorite musical numbers was her hippy-trippy “Vision of Nowness.” And of course her costumes were the most. 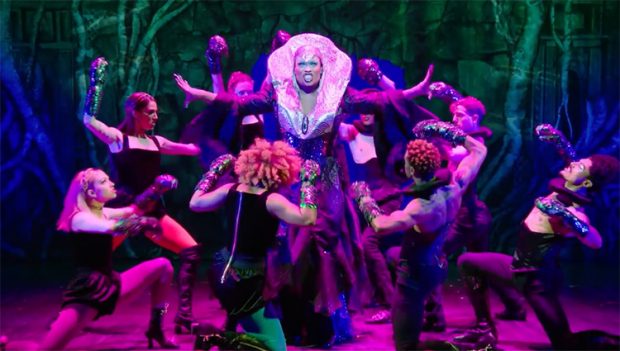 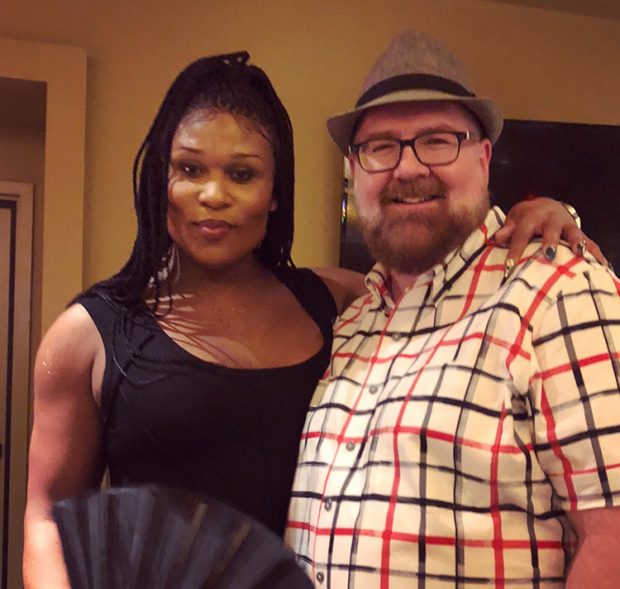 While the entire company is stellar, Rachel York (as Queen Gynecia) and Bonnie Milligan were standouts. I was particularly drawn to Milligan’s Princess Pamela was particularly , who owned her bawdy, buxom beauty. She filled every scene (a saucy poetry reading) and song (the hilariously manic “How Much More”) she was in. And kudos to the writers for not including a single fat joke in the entire show. 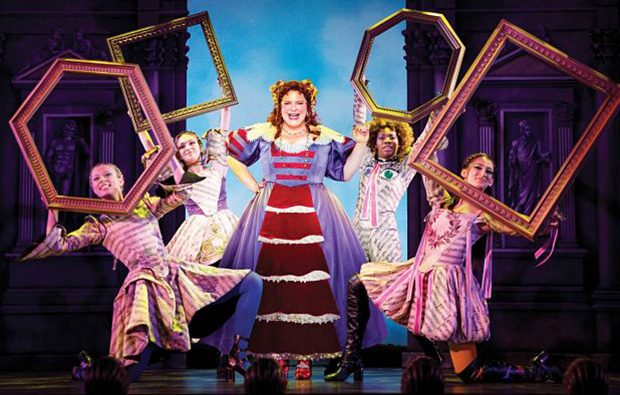 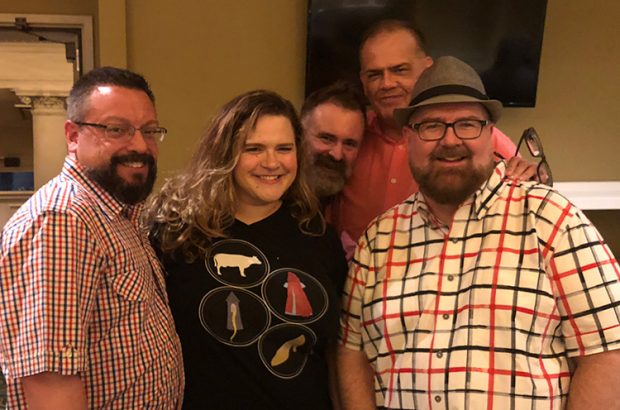 Undoubtedly kids will enjoy the music, dancing, costumes and sets. The dialog will likely go over the heads of elementary school children, and there’s one scene of simulated sex behind a scrim that may raise a few questions. I don’t recall any profanity, and any violence is minimal and mimed for the stage. Personally, my nearly nine-year-old has come a long way since his first live theatre experience, and I think he’d be just fine seeing Head Over Heels.

MUSIC WITH A MESSAGE

Amidst Head Over Heels‘ wondrous flurry of color, movement and wit, a message of inclusiveness shone the brightest. Woven into the typical-for-its-time gender-swapping, sexual secrets and mistaken identity was a timely theme of acceptance. Same-sex and pansexual love, gender fluidity, and even pronoun preference were touched on. While these might be hot-button issues for some, they were presented in a non-preachy, organic way that left the audience in tears of both laughter and hope.

Several months into the run, Gavin had the opportunity to play King Basilius on stage, so I jumped at the chance to see the show again. Gavin fit right in with the rest of the cast for another fabulous performance! 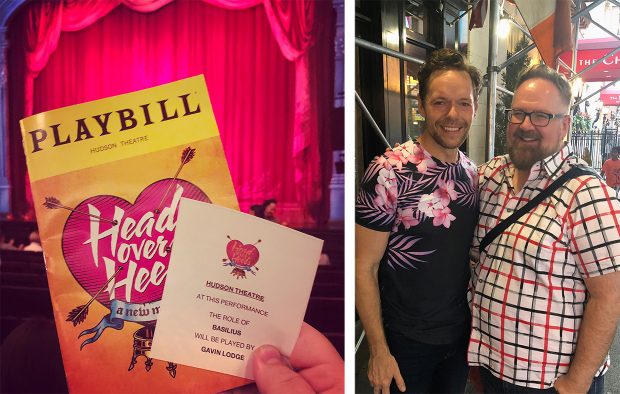 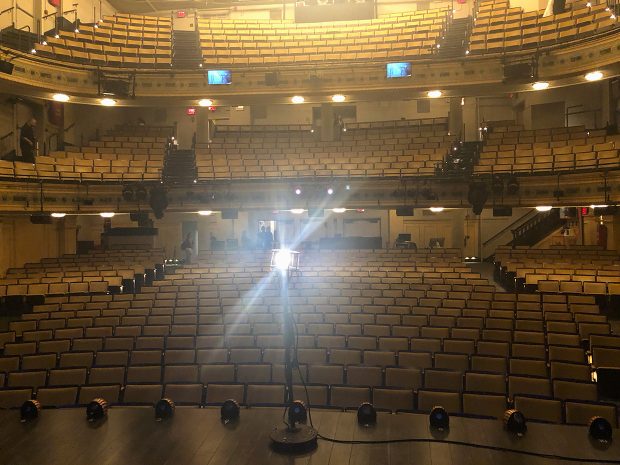 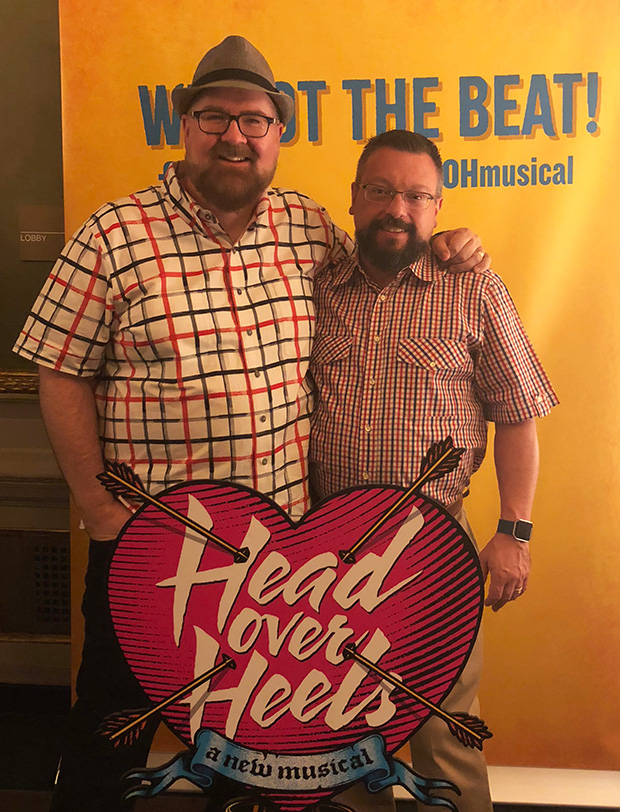 Many, many thanks to Gavin for the tickets, the tour, and the introductions! <virtual standing ovation> Want to check out the show yourself? Get tickets here and check out the just-released soundtrack here!