The Long Road to Camp Kesem at the University of Maryland

It was one week, more than three years in the making. At long last, Camp Kesem at the University of Maryland was a reality.

The campsite was set on a tiny peninsula in southern Maryland, where the Potomac feeds into the Chesapeake. It looked like any other summer camp — bunk houses surrounded picnic tables beneath a giant oak; paddles and canoes stacked alongside a murky, green river; a swimming pool, a mess hall, a fire pit. But this camp was unique. It had a history; a tragic yet inspiring origin story. Created by the literal blood, sweat, and tears of a family, a community, and a university.

To tell the full tale would require more words than a single blog post warrants. However, if you’ve known me or this site for any length of time, you’re probably familiar. All you really need to know is that a loving father named Oren lost his life to cancer; this inspired 12 other fathers to hike across Northern England to raise money for a camp in his honor. This is that camp.

As with every Kesem chapter, the campers are kids whose parents have been touched by cancer — whether a survivor, in treatment, or victim. Yet much more than “cancer camp,” I’ve attempted to do it justice with a few pictures and a smattering of words.
. 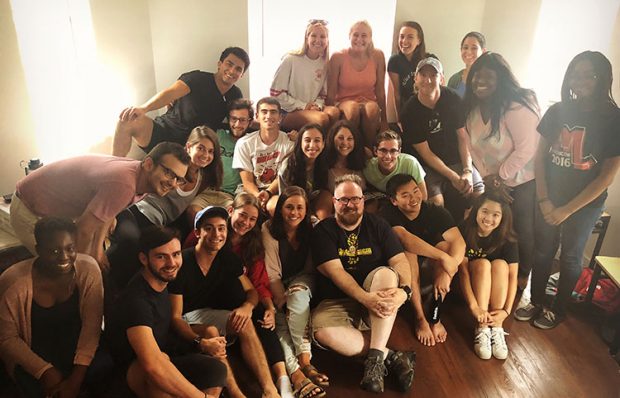 The day before camp, I attended the staff’s final training session to share about Oren, Dads4Kesem, and the ways this camp is special to so many. They cheered when I told them Oren’s children would be attending. 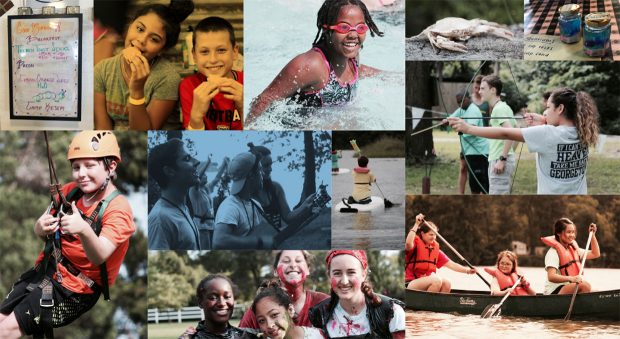 A typical summer camp at first glance; days are filled with swimming, canoeing, and crafts; evenings with singalongs and s’mores. However, there are several key moments during the week that give Kesem its heart.

As campers arrive, they’re sent off the bus one at a time through a canopy of counselors’ arms. From the onset, they feel protected, supported, and celebrated. 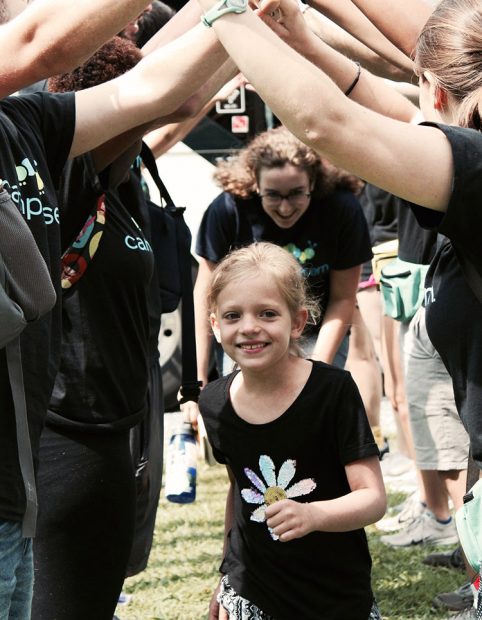 “Empowerment” activities are another Kesem mainstay. Midweek, campers were asked to write about their camp experience on a paper bag. During dinner, counselors filled the bags with lights, surprising the kids afterward with these hopeful, personalized luminaries. A creative, yet simple way to encourage each child to tell their story. 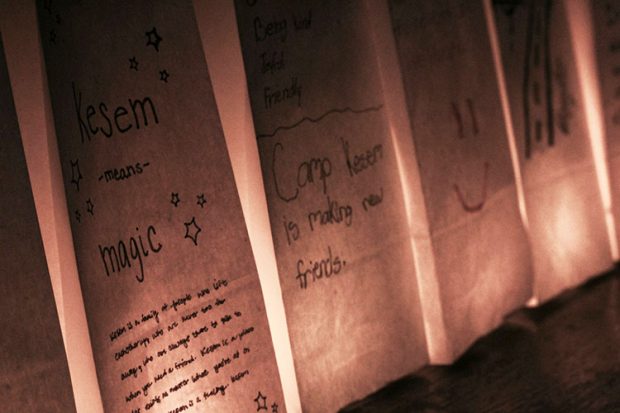 Striking a lighter tone, a banner with the words “CANCER SUCKS” was hung on a fence; campers then took turns pummeling it with paint-soaked sponges. Hilariously messy and wildly cathartic, it was yet another outlet for expression … and to just be kids. 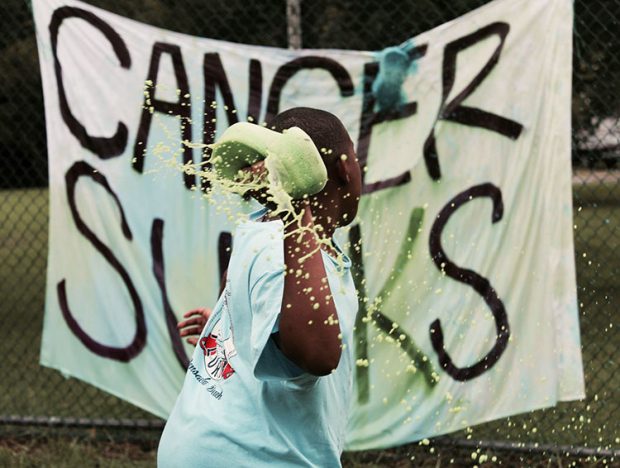 But from every Kesem story I’ve heard, the most valuable aspect of camp is the kids being able to let down their guard, be themselves, and perhaps worry or mourn a little less for a few days. These smiling faces convey this more than words ever could. 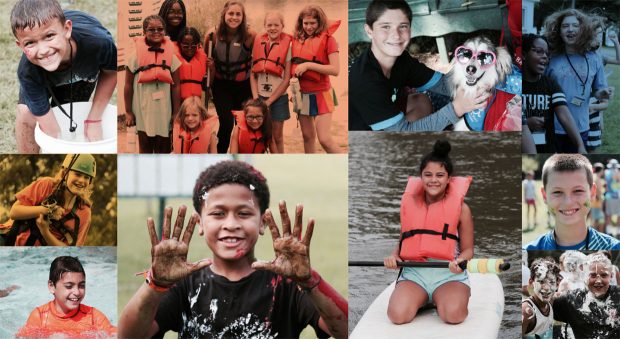 One of my Dads4Kesem brothers-in-arms (or rather, brothers-in-feet), Jeff Bogle, also made it to Visitors Day. Like these campers, our outside-the-box-of-life adventure formed a deeper, stronger bond. We represent 10 other dads who walked — Phil, Josh, Doug, John, Whit, Chris, Jason, Michael, Michael, and Jim — as well as the hundreds of family members, friends, colleagues, and strangers who contributed to funding this camp. 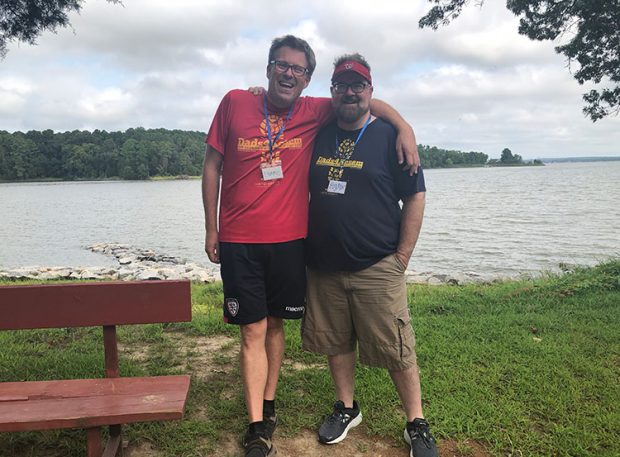 My favorite part of the day, though, was getting to hang out with Mr. Oriole and St. Vincent (camp names of Liam and Madeline). Oren and Beth’s children. 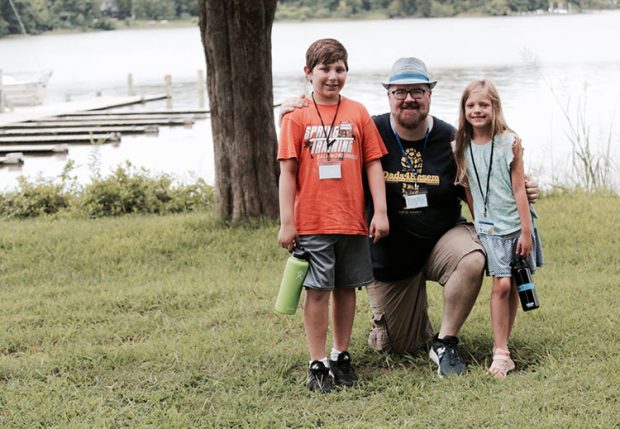 As I captioned this photo elsewhere, Oren, the’ve turned out great, and are very loved.
.

CAMP KESEM, BY THE NUMBERS
. 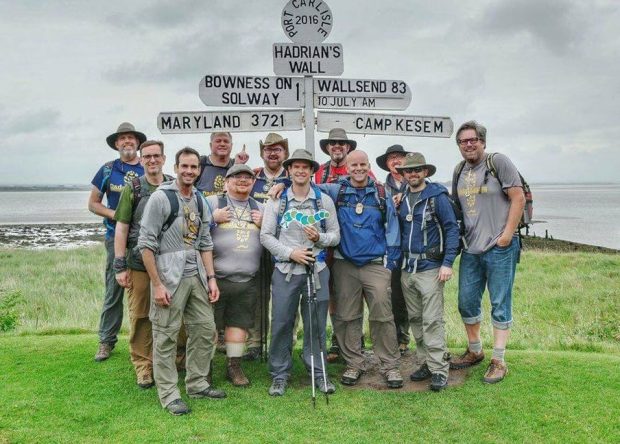 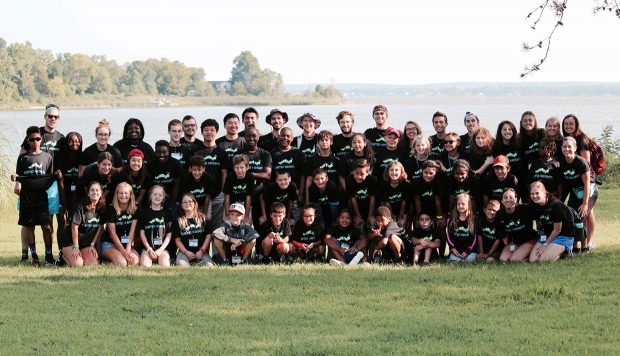 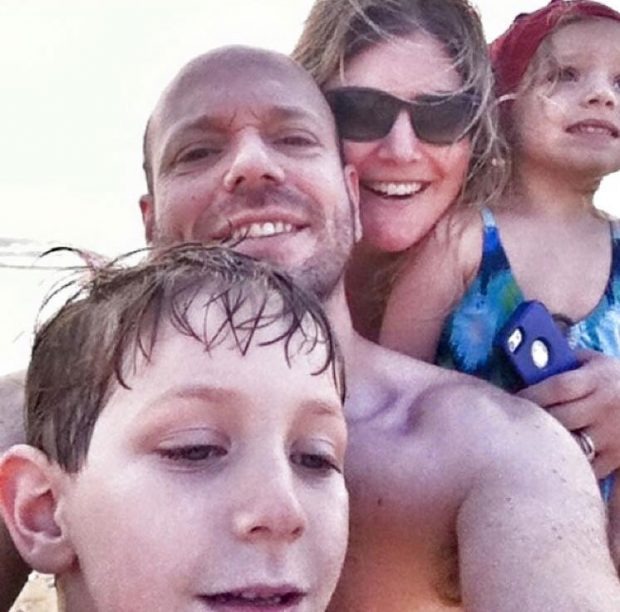 There’s not enough space on the internet to express my gratitude for all who helped make this camp happen. ❤️

Camp Kesem is free for every camper, every year. 100% of this comes from generous donations. Make a contribution to Camp Kesem at the University of Maryland.

All camp photos courtesy of Camp Kesem at the University of Maryland.