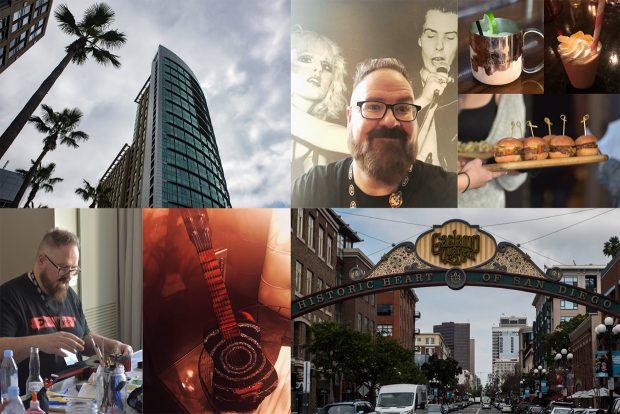 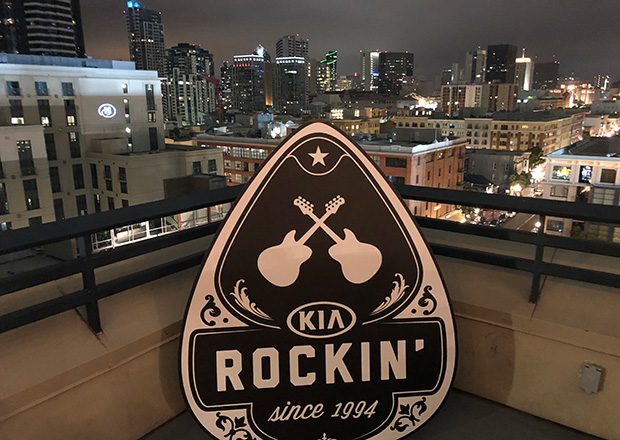 The first night consisted of wining, dining, and crafting under the gorgeous night sky of the Gaslamp Quarter. Yes, I said crafting. Our hospitality suite included a room where we could decorate miniature guitars (there’s that rock theme again). As one who doesn’t know much about cars, it was a nice confidence-booster for this Designer Daddy to spend some time playing with paintbrushes, glue and glitter.
.

ROLLIN’ WITH MY HOMIES

.
The next morning we were schooled in everything Kia, given our routes, and sent on our merry, test-driving way. We were also issued a challenge: each team had to create a video about their day of driving. Pretty much the only rule was a 5pm deadline… and to have fun.

Our carful of four dads was initially intimidated by some of the other teams’ amount of preparedness — one group even printed t-shirts! We had started the morning off with a song in mind, but that was tossed out the window when the Kia team used the very same tune in their example video. 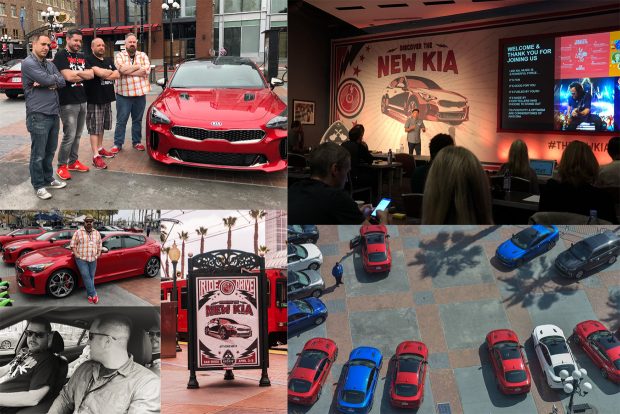 Yet somehow we managed to pull it off — inspired by one another, our sweet ride, and a stop at Krispy Kreme. We had a silly, sugary blast brainstorming, writing, directing, acting, and lip-synching as we drove around picturesque San Diego in our roomy Sorento and sporty Stinger.

And oh yeah, we got second place! Check out our award-winning flick…

Props to Brandon (AKA The Rookie Dad) for the great editing job. The band name was mine. 😉
.

.
The final night culminated with an epic shindig at the finish line. Food and drink were once again in abundance, as were scores of retro concert tees adorning my fellow parent bloggers. It felt like prom, minus the scratchy tuxedo… and much more fun! As the musicians warmed up, so did the crowd. Soon enough, the live band karaoke took off as we took turns being the star of the show.

I made my way onstage twice. Once with a fellow gay dad Jonathan Bailey to ironically (and off-tunically) belt out “I Kissed A Girl;” and then solo near evening’s end, going back to my roots with “Friends in Low Places.” While ashamed I’d told any of these peeps I could sing, nevertheless it was an amazing time of blowing off steam and stretching my performer muscles. 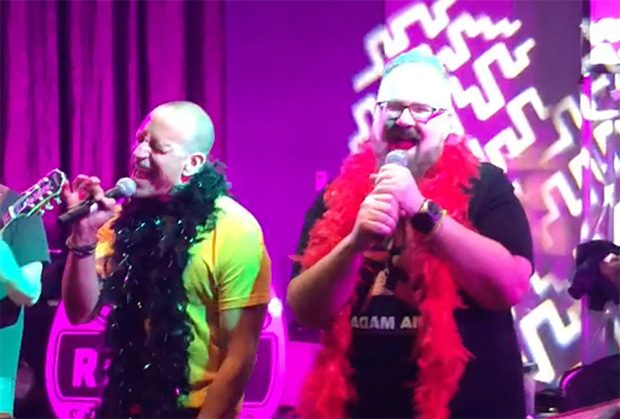 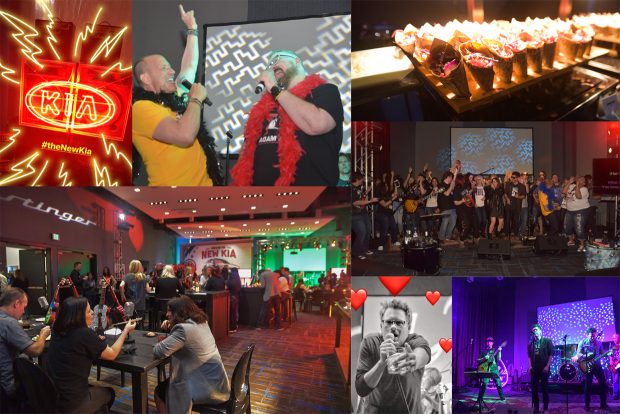 So, to recap: in less than 36 hours, I’d gotten to be an artist, actor, filmmaker, singer, dancer, and fashionista. While those all fall squarely (or perhaps tangentially) in my wheelhouse, I found the most lasting inspiration from the people.
.

.
From car-cavorting with longtime dad pals to schmoozing with internet idols to slaughtering Katy Perry with my new GDBBFF, I was once again reminded what a great community of writers, videographers, photographers — and parents — I belong to. Their creativity and energy and love of what they do rubbed off on me in all the ways I needed it most. 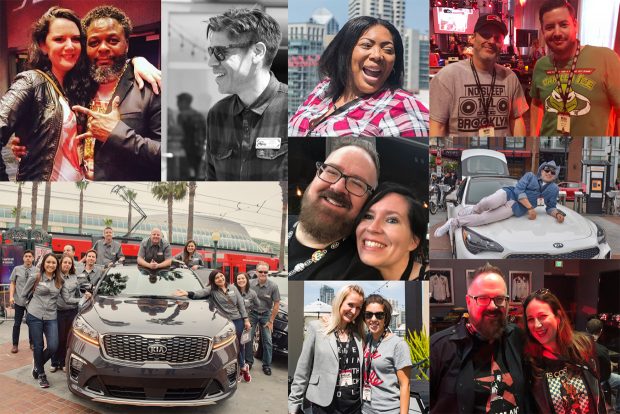 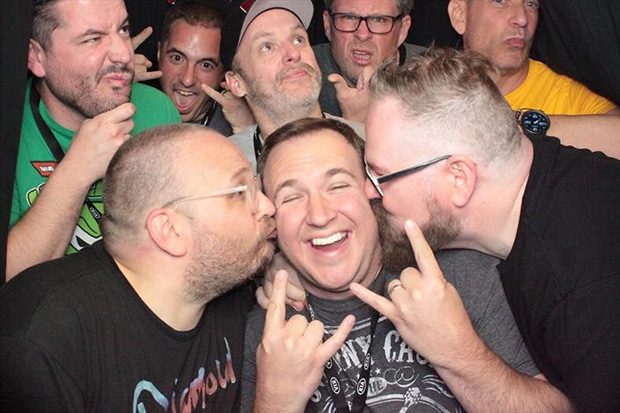 The other group of awe-inspiring folks was the team from Kia. I never pretended (nor will I) to be a Car Guy. What I am is a dad, a doodler, and a storyteller. From all indications, the Kia people (Keople?) know that, and invited me for those reasons. They value storytellers and the unlimited, creative ways they choose to tell their tales.

So thank you to all I met and even those I didn’t — for giving this dad the spring break he needed, and allowing me to open the sun roof and let the wind blow the winter out of my head.

My tank is full and I’m ready to roll — see you out on the road.

Thank you (again) to Kia for sponsoring all aspects of this trip. Please visit their website and follow their social channels to learn more about their wide range of fun, family vehicles. All opinions and car puns are my own.

All the good photos are by Cielo Roth Photography. The rest are by me.