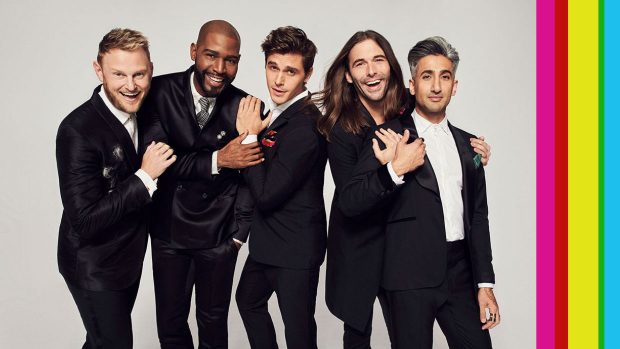 .
Heartstrings get pulled right out the gate. Episode 1 (“You Can’t Fix Ugly”) features an aging truck driver set in his lonely, monotonous ways. He’s as country as they come, living for his worn out recliner and redneck margaritas. Yet by the end, the Fab 5 break through his crusty exterior, resulting in genuine gratitude and affection expressed between this disparate group of men.

But it was Episode 4 (“To Gay or Not Too Gay”) that elicited the biggest, snottiest response from me. A.J. is a mostly-closeted gay man who regrets never having come out to his now-deceased father. He shares an intensely intimate exchange with Karamo over what it’s like to be Black and gay in the American South. This is surpassed later on when he reads a coming out letter he’d written to his dead father. It’s gut-wrenching and cathartic and something so many men in this country need, regardless of their geography, race, religion, or sexuality.

Each of the eight episodes has a “moment” — an interchange between one or all of the Fab 5 and the featured straight guy. A moment where bravado and stoicism and humor — and every other form of male emotional deflection — are broken down. I’m sure there was some scripting involved, but damn if it doesn’t seem 100% spontaneous and real.

Queer Eye, while not without faults, is clearly much more than cocktails, moisturizer, and throw pillows. The subjects open themselves up in ways our society categorically discourages. Toxic masculinity — or at least the effects of it — isn’t always expressed aggressively or overtly. Each of these men are victims of this toxicity’s effects on our culture, whether it manifests itself as isolation and loneliness, fear of intimacy and physical touch, emotional suppression, or homophobia. 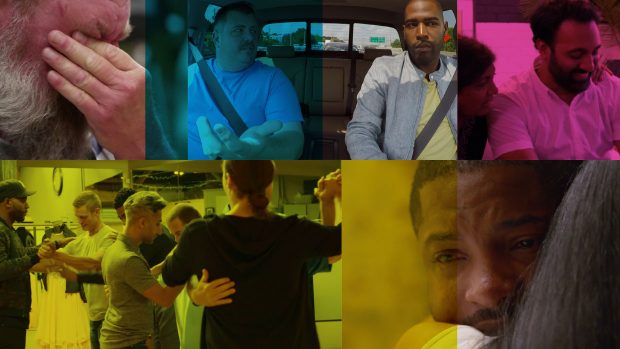 .
Come for the Feels, Stay for the Fierceness

.
Lest you think the show is eight hours straight of non-stop male bonding, worry not. There’s still an endless litany of quick quips, helpful tips, and gasp-inducing metamorphoses of straights and their man caves. And yes, sometimes the stereotypes flare a little strong, even for my taste. Let’s just say that if you were to take a shot every time someone said “YAAAASS!” you’d be plastered halfway through an episode.

I’d like to think the Fab 5 could transform anyone. There are several world leaders — one in particular comes to mind — that could use an epic makeover. While I’m not holding my breath for 45 to suddenly become reflective or let someone take a whack at that ‘do, I’ll settle for the Queer Eye guys working their fierce, gay, masculine magic, one everyday man at a time.