Disney has one of the greatest line-up of villains in all of pop culture. How did I choose these four? My main requirement was to do characters I hadn’t done for lunch notes in the past. That’s the case for all of these except Cruella — but she’s just to fabulous to not redo.

I also chose my favorites, which are some of Disney’s campiest. All but Davy Jones are featured in this fabulous Todrick Hall send-up of “Cellblock Tango” from Chicago.

The next week I moved on from animated villains to movie monsters — both classic and modern. Dracula is always a favorite of mine, but the version my son is most familiar with is from Hotel Transylvania, here quoting one of the funnier scenes from the sequel. 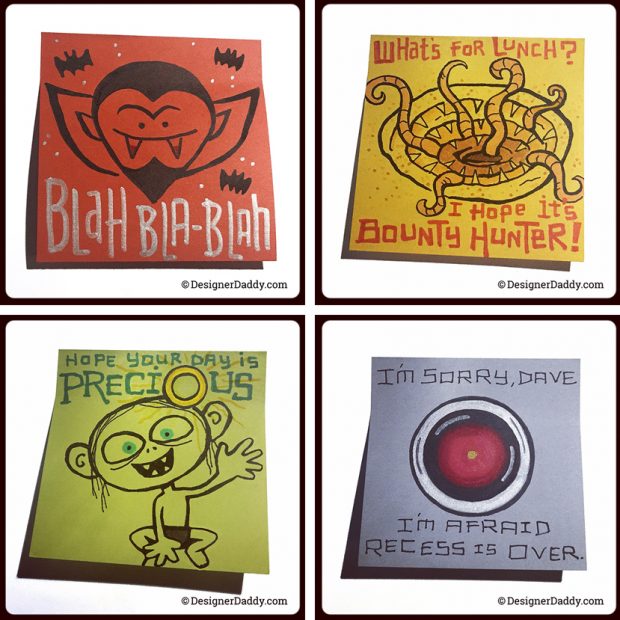 I was sure I’d done pretty much every Star Wars villain already, so got a little giddy when I had the idea to do a Sarlacc note. If you’ll remember, the Sarlacc is the monster that ate Boba Fett in Return of the Jedi. And if you’re wondering how the heck a seven-year-old knows who Hal 9000 is, you should check out these awesome kid versions of literary classics. Yeah, there’s no way my squirmy dude would sit through the film — I barely did.

Video games have surpassed superheroes in my son’s lists of obsessions, and I’m always a bit out of my element doing game-related notes. But I managed to come up with some awesome digital villains, even tossing in some old-school baddies dear old Dad battled in his day. 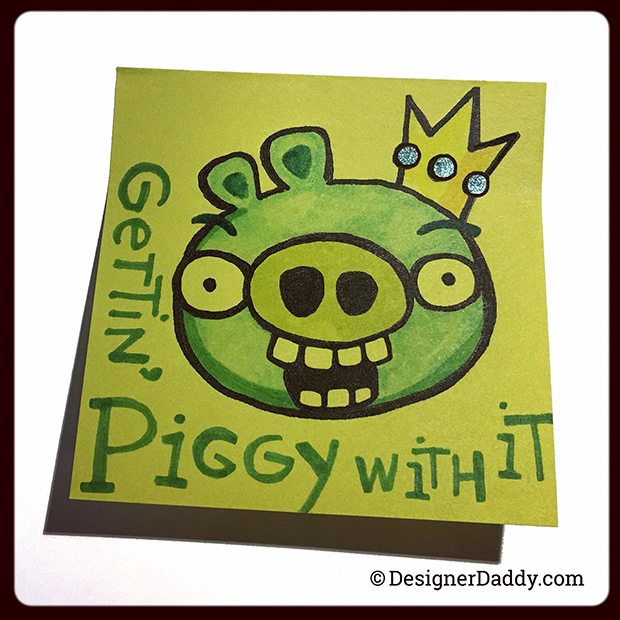 In case gaming isn’t your thing either, the villains pictured are from Angry Birds, Mario Bros., Plants vs. Zombies, and Pac-Man, respectively. But surely you got the last one. 😉 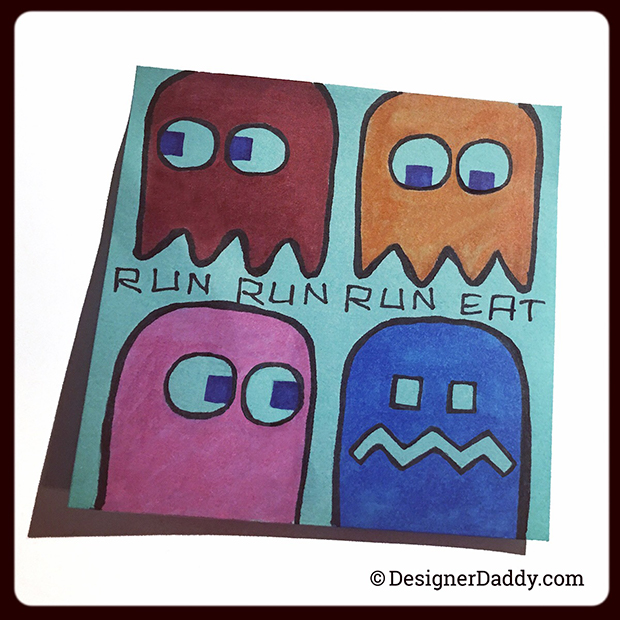 Inspired by a thread in a group of LGBTQ superhero fans I belong to on Facebook, the next week was all about femme fatales. The first three include Mystique from the X-Men movies (and yup, I prefer Rebecca Romijn’s villainous version over Jennifer Lawrence’s anti-hero), as well as Rose Wilson (AKA Ravager) and Jinx in their Teen Titans Go! permutations.

These final two probably aren’t technically femme fatales, in that I don’t see anyone being seduced by either, but you never know… Anywho, they are two of the vilest villainesses from recent superhero films Power Rangers and Wonder Woman, both of which also featured strong female heroes.

READER POLL:
Which iterations of Rita Repulsa and Doctor Poison do you prefer?

The last two days of October I wanted to finish strong. I had already known all along who I wanted to do for Halloween day, but what epic evil could I summon for All Hallows Eve Eve? Turns out I hadn’t done every Star Wars villain, so I grabbed my hand blue glitter Sharpie and doodled the dude that scared me way more than Vader as a kid, Emperor Palpatine. 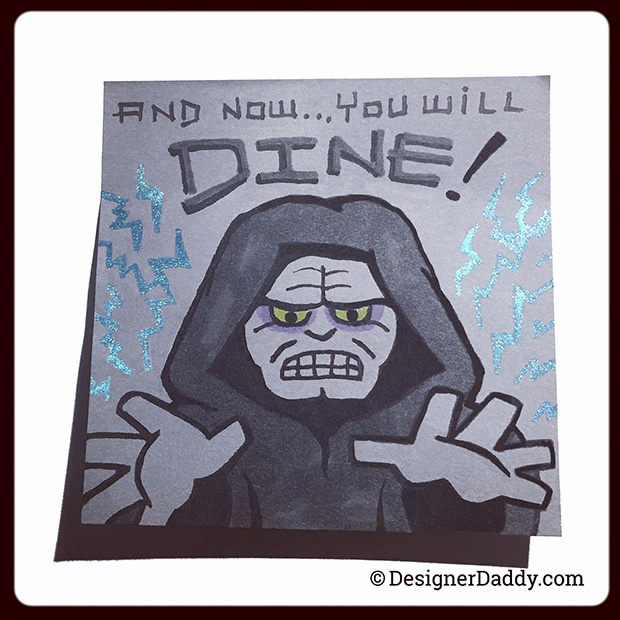 And finally, the King of Pop in his crowning achievement — and best Halloween Song Ever — zombiefied MJ from the Thriller music video. Go ahead, watch it one more time. Because if you’re like me, it’s been 35 years and you still haven’t mastered those killer dance moves. 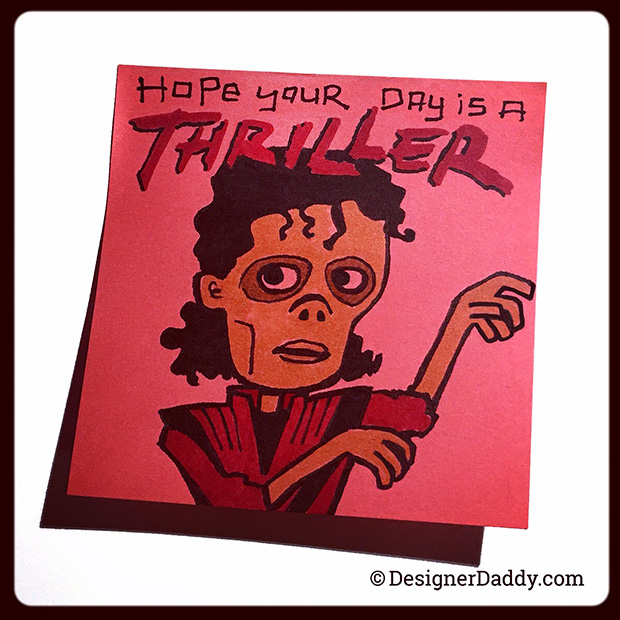 Lastly but not least-ly, October’s request winner was the gals from Hocus Pocus. I had three different people request the Sanderson sisters, so they’ll have to fight over who gets which sis. Which one is your favorite?

Be sure to get your daily dose of lunch note inspiration at SuperLunchNotes on Instagram. Already following? Share with a friend!

One response to “October SuperLunchNotes: A Month of Villains!”