As a kid who grew up on Super Friends, I have a soft spot for the much-aligned Wonder Twins. And thanks to Teen Titans Go!, my son was introduced to them as well. Check out their hilarious auditions

Monday mornings unvariably end up being the most difficult, thus resulting in the least time to make a note. So those are the days my go-to characters show up most frequently. This includes Fantastic Four’s Thing, who’s always a fun, easy doodle due to him not having to be drawn perfectly. Also, monochromatic. His tangy hue inspired a full week of orange-colored heroes. Note the intentional absence of Annoying Orange. My son may like him, but he’s named that for a reason. 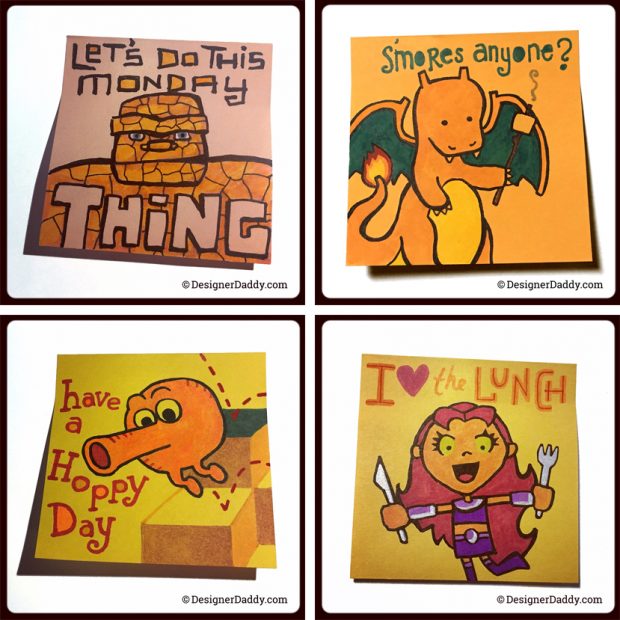 Yep, the first two weeks of school were short weeks. Guess they’re trying to ease us into it? Anyhoo, week three kicked off with another frantic Monday, and thus another favorite fall-back, my man Chewie. And if you were wondering what Chewbacca’s 10 best quotes are, go here. 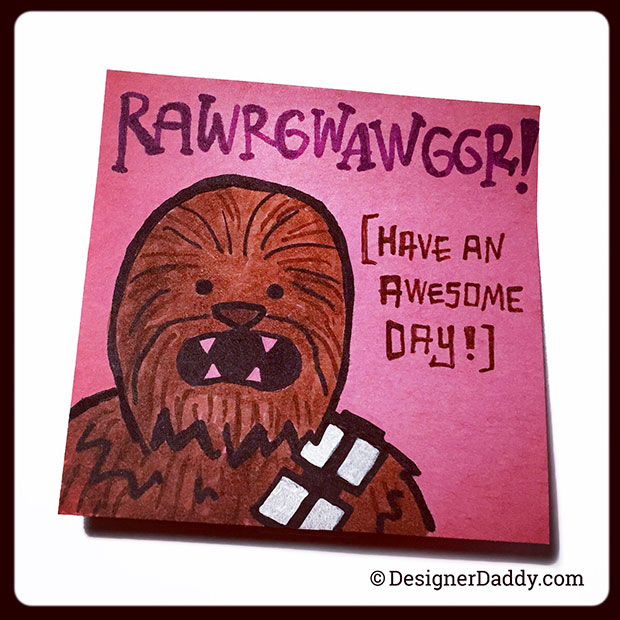 Chewie begat a week of sidekicks. I challenged myself to not repeat past notes, and here’s who I came up with.

This wacky pair was in the running for duo week, but they also make great sidekicks to Robin on Teen Titans Go! “Word to your whole family!” 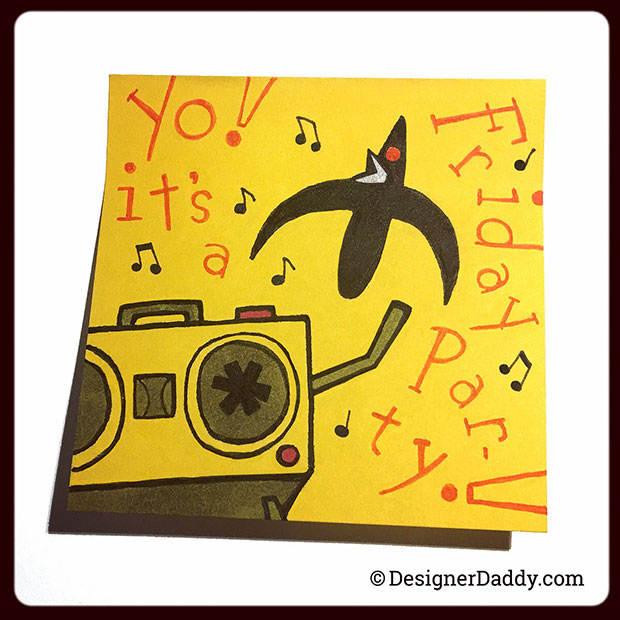 On an unseasonably warm Monday, I doodled Mister Freeze to cool things down a bit. 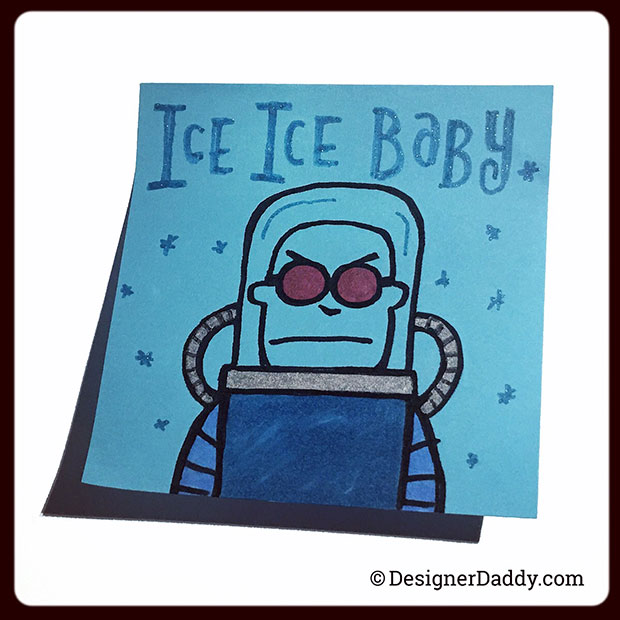 I’m pretty sure I’d done both a cold themed week (and Batman villains for sure), so I instead opted for a “Mister” week. Don’t worry, ladies, a “Miss” week is on its way.

I searched “Mister superheroes” and came up with a bunch I’d already done. So I took a guess and Googled “Mister Pokémon,” and up popped a freaky pink clown guy — Mister Mime! Here’s Buzzfeed’s take on whether Mr. Mime is indeed a Pokémon or not. 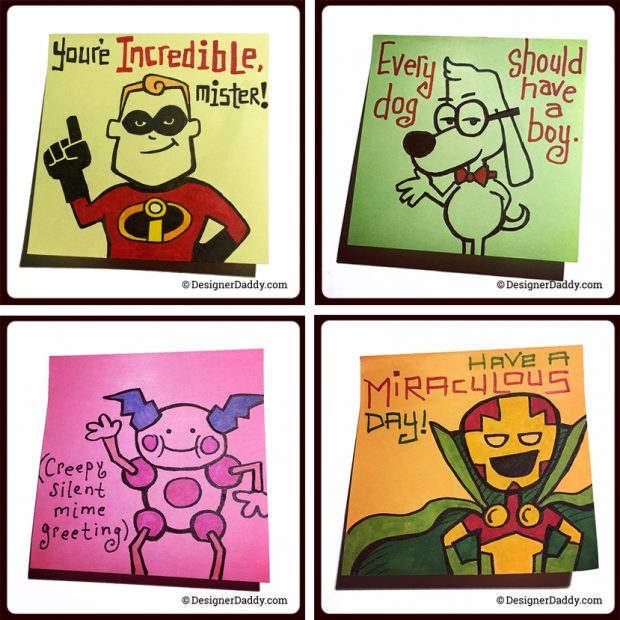 Finally, here’s September’s request winner. America Chavez, who’s also called Miss America, is anything but a preening Barbie doll. First of all, she kicks ass. She’s been featured in Marvel’s Young Avengers, the all-female A-Force, and The Ultimates (where she was recently made team leader). She now stars in her own title, America. And did I mention she’s Latina, lesbian, and has two moms? ¡Muy maravilloso! 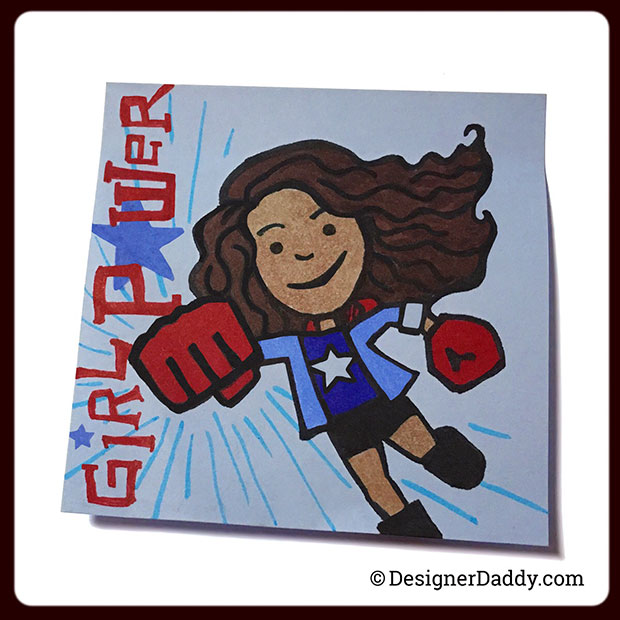 Be sure to get your daily dose of lunch note inspiration at SuperLunchNotes on Instagram. Already following? Share with a friend!