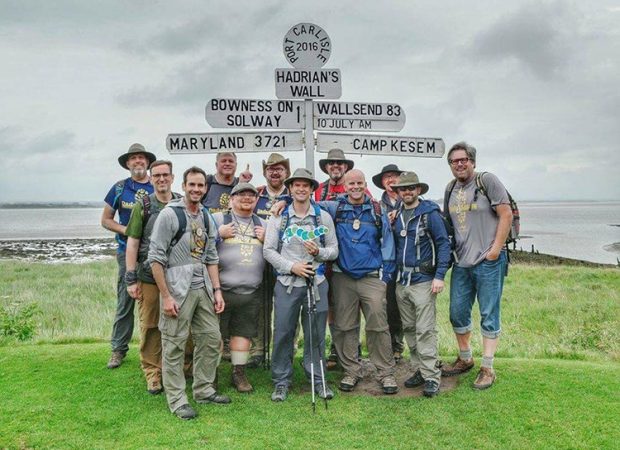 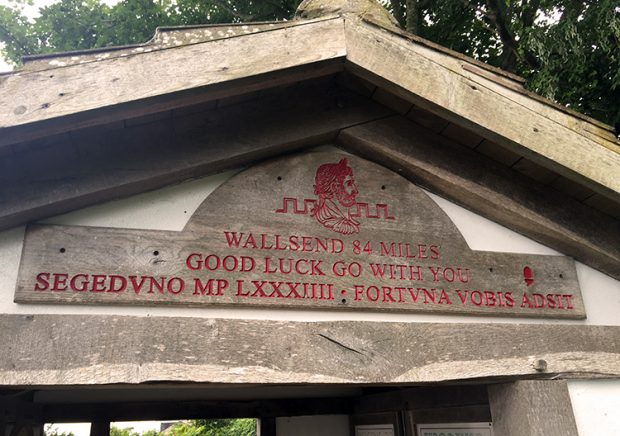 The morning sky is as gray as the day before; colder and only slightly less wet. We take some group shots at the starting gate, and then, we’re walking.

The first few miles are through neighborhoods and on roads along the water. We come to a spot where an entrepreneurial chap has set up signposts pointing in various directions. For a fee, he personalizes the sign to say “Maryland, 3721 miles,” and takes our photo. The only Marylander in the group, I feel a twinge of homesickness. 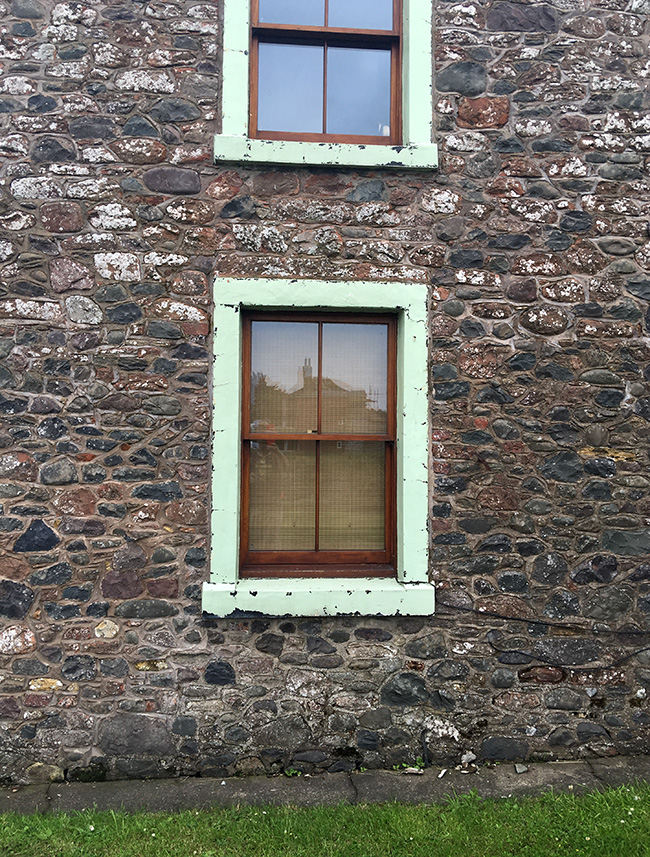 .
As we get further past houses and water and the signpost, we begin to trail off into fields. Several in the group have map books, and one has done the walk twice before. Nevertheless, we have a couple of stops and starts, missing markers and having to double back. The goal is to follow the acorns — signs posted along the trail indicating the official path. 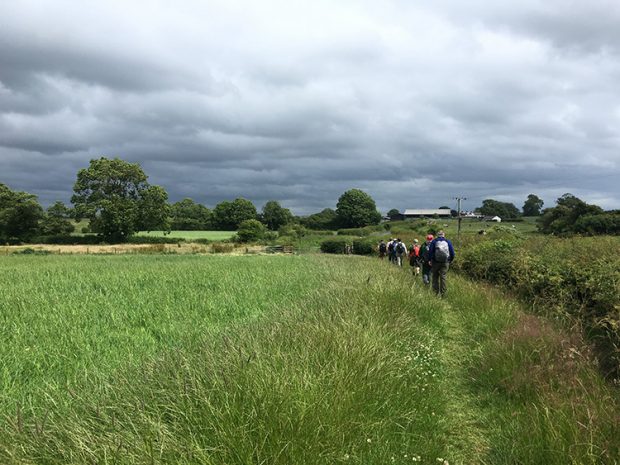 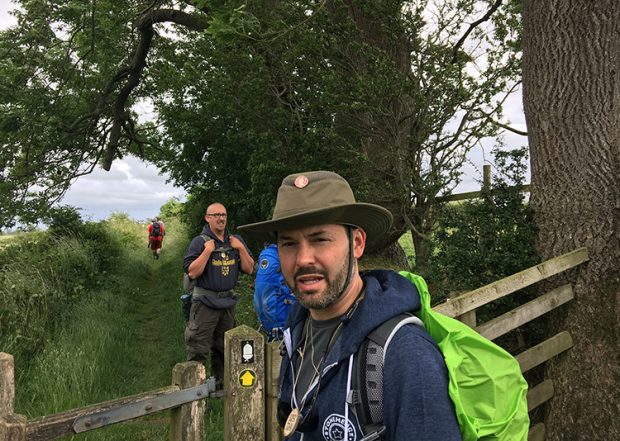 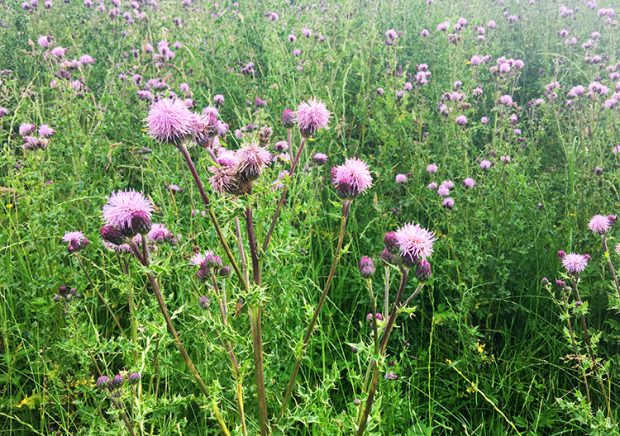 While the scenery is beautiful at times, the tendency is to look down. The fields are full of grass, wild flowers… and an abundance of sheep shit. Droppings aren’t completely avoidable, but when cow patties begin to pop up, we start dodging them like landmines.

We stop at a couple of churches, centuries old stone structures, with massive headstones in their yards. Yet we don’t stay long, keenly aware of how much further we have. 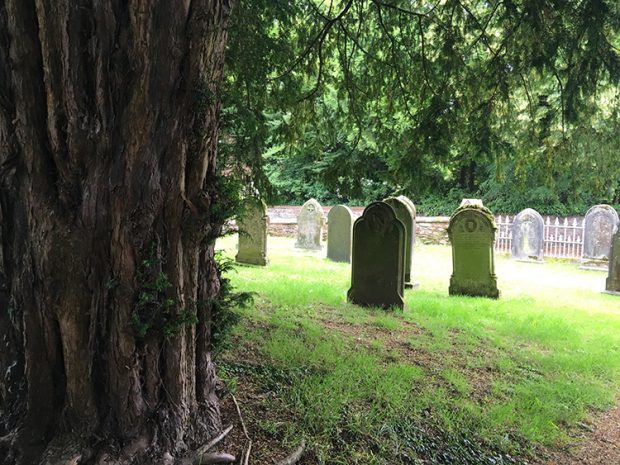 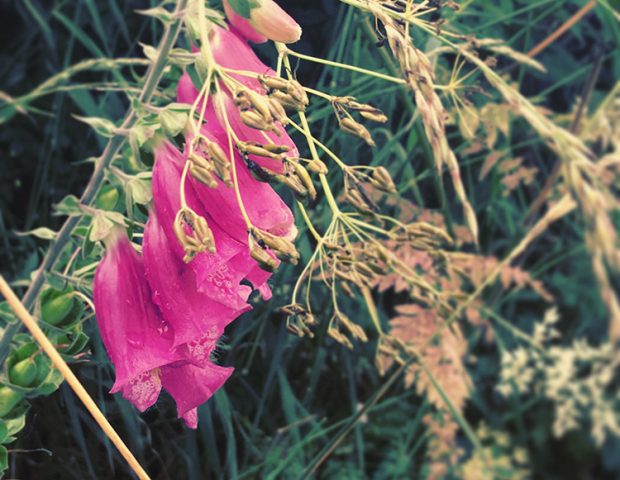 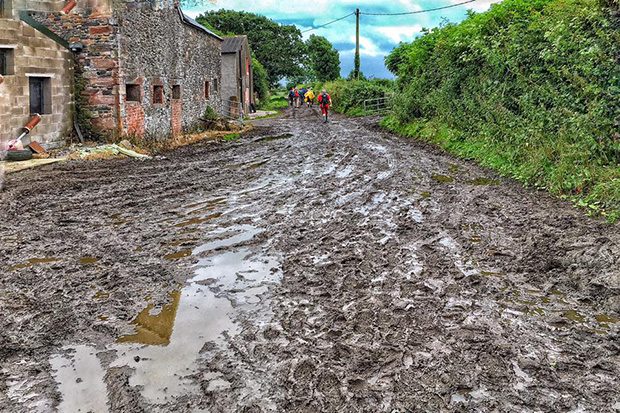 Soon, however, how much further we actually have begins to come into question. The pub where we’d intended to have breakfast no longer serves it. That, combined with a couple of mile-long diversions, means we’ll be walking for quite some time before eating. Most of us packed protein bars or fruit to snack on, but those are long gone. And the miles just seem to never decrease. Each time we stop at a marker or to get our bearings, it says we have three miles to go. It’s a running joke that’s getting less-and-less funny.
.

.
Weary and ravenous, we finally reach the Greyhound Inn in the village of Burgh by Sands. Packs and ponchos and boots come off. Never has food tasted so good or water been so refreshing. Yet stopping makes me realize just how tired and sore I am. And we’re not nearly done for the day. 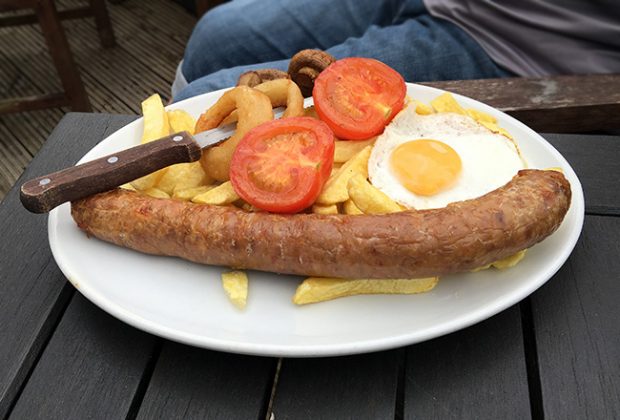 As we’re lined up at the bar to pay, I notice a tap for a beer called Timothy Taylor’s Landlord. I immediately think of my friend Tim Taylor — a craft beer aficionado (before it was cool) and longtime battler of cancer. He’d already been on my mind as we prepared for this walk, so I took this as a sign to reach out. I posted a photo of the tap on Facebook and tagged Tim, asking if he’d ever heard of the beer. 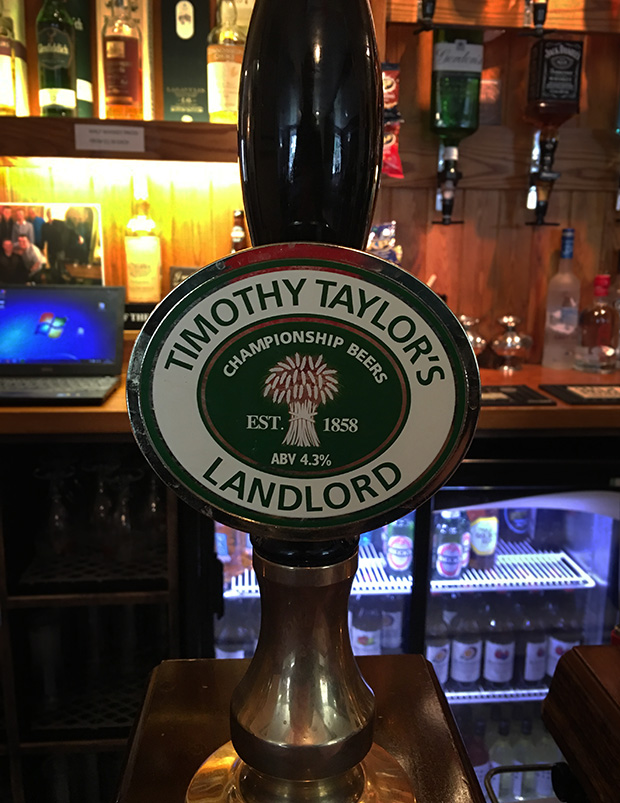 “Of course I have! You can only get it in England, but I have pint glasses, coasters, and bar towels of theirs that I have ordered online. Can’t wait to get over there to try it!”

Tim, his wife Rhonda, and their two boys were planning a trip to Ireland that next month. They ended up having a wonderful time — a once-in-a-lifetime time. However, that post was the last time Tim and I interacted. Four months later I flew to Texas to attend his funeral.

This walk, this adventure, was all about life. But it was also about the brevity of life. In addition to honoring my friend Oren  — another father who’d left us much too soon — I walked to be able to tell my son, “One time I walked 90 miles across England!”

I’d like to still be boring him with the tale when I’m 90 years old. But regardless of how long I’ll have to tell it, I’ll still have done it. I’ll have ventured outside my boxes of comfort or talents and had one of those adventures you read about in books or see in movies. With fellow fathers; for those who’d lost theirs. 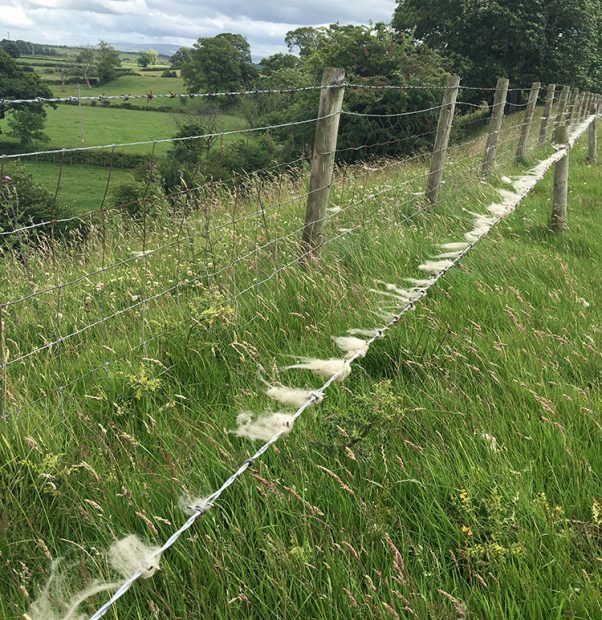 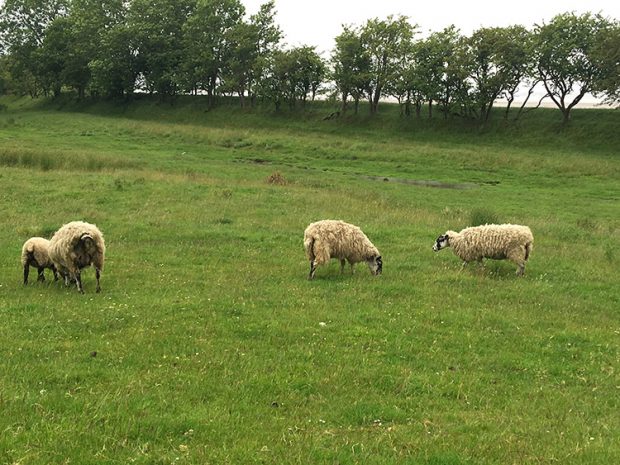 .
We set back out, stomachs full, bones barely rested — there were still hours of walking before we stopped for the night. Our destination was the city of Carlisle, and the last stretch was spent trekking through town. Pavement and sidewalks proved much harder on my feet than grass and mud. We paused briefly in front of Carlisle Castle, but forewent sightseeing, knowing we had miles yet to go. The end seemed near because we’d reached the city, but it still kept on and on. What would have taken 10 minutes by car, took 2 hours on foot. 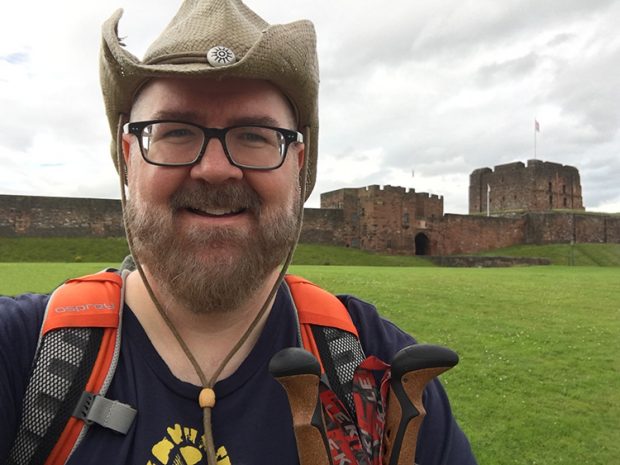 As we maneuvered the final few turns over bridges, across highways, through narrow streets, I was barely upright. “Trudging” had never felt more accurate a description for what my body was doing. When we finally reached our hotel, we calculated that we’d gone nearly seven miles longer than anticipated. My feet, back, and legs weren’t happy to hear this, but my head and heart were encouraged. I had walked 17 miles that day, and lived to tell the tale.

Fortunately, my mind and body didn’t know that longer, more difficult days were yet to come. But I’d made it trough the first day, and slept deep and well.

Please subscribe to receive every Designer Daddy post by entering your email at the top of this page!