Nick (AKA Papa) and I will have been together 20 years this October. We became parents when we were 42 and 40, and Jon is now seven (you do the math, we’re old and tired). As with any parents — gay or straight — we have to work to find time to be intimate, whether it’s in the bedroom or sitting down to snuggle or just finding out how the other is doing.

Luckily, Plum Organics is here to help. They sent us this nifty (and sexy) kit to spark some ideas on how we can reconnect both physically and emotionally. 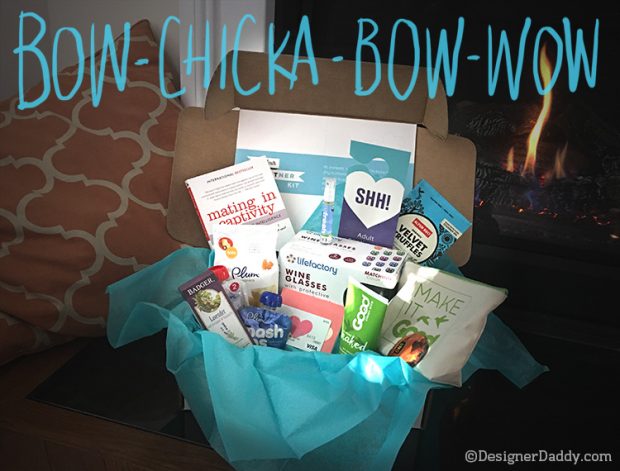 Waitaminnit… why is a baby food company sending out sexy-time kits?

.
The “straight” answer is that sexy-time leads to babies, which leads to potential new customers. But the real story is that Plum is a brand by parents, for parents that believes in honest (and sometimes messy) conversations; they’ve been at it for years with their #ParentingUnfiltered campaign.

So back to the kit. It’s part of Plum’s Do Your Part(ner) campaign, which involves taking a pledge to make your relationship a priority, with the end goal of making the entire family happier and healthier. Plus it’s also a lot of fun.

Nick and I have taken said pledge. Over the next couple of weeks we’ll be going on a date night (or two), sending sporadic sexy texts (and post-it notes), and will be partaking in less screen-time and more in-front-of-each-other-talking, cuddling, and whatnot-time. And hopefully a few new ideas. Check back to see our (PG-rated) report, and enter to win your own kit!

In the meantime, visit Plum’s Do Your Part(ner) campaign page, take the pledge, and make your own plans to reconnect with your significant other.

Wasn’t there supposed to be a report or charts or something?

.
As I was pondering this post, I thought about the many conversations I’ve had with my hetero counterparts. After discussing the ups and downs of married life, they invariably reply, “Huh. Gay relationships are just as ________ (boring, difficult, complicated, fun) as straight ones!”

So in order to settle this query once and for all, I did a totally informal (and fake, but mostly true) comparison study between straight parents and gay parents. I looked at their relationships, sex lives, movie-viewing habits, the things that give them “migraines,” etc. I’ve compiled my findings in the form of — what else — snark and doodles.

Sometimes we smooch in front of our kids to model healthy affection. Sometimes we do it to watch them squirm. 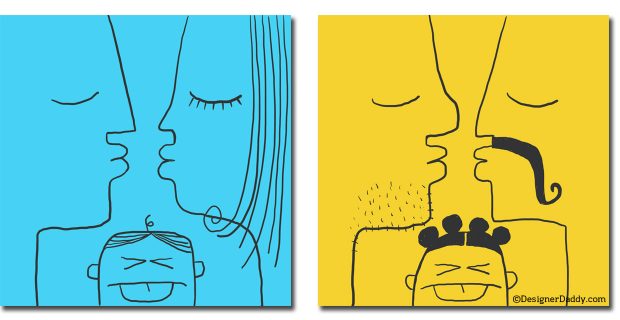 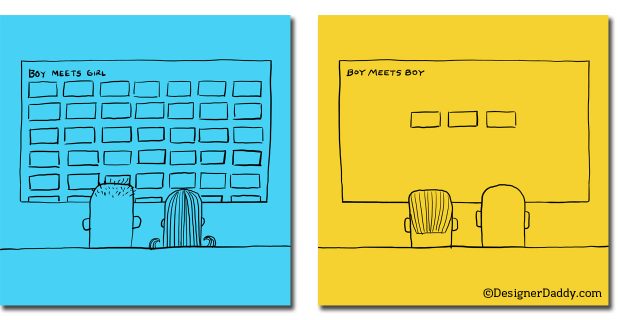 No matter what our kids call us, nothing kills the mood quicker than being yelled for repeatedly. 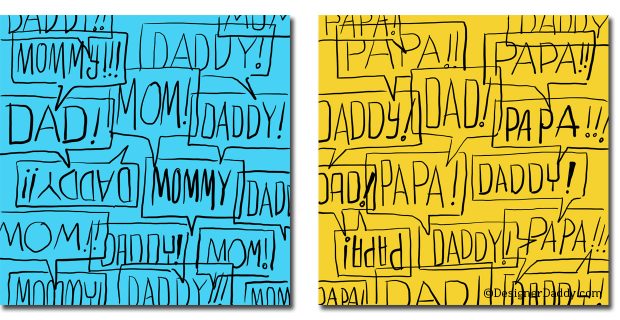 Gay or straight, we all put our pants on one leg at a time… same goes for when we take them off. 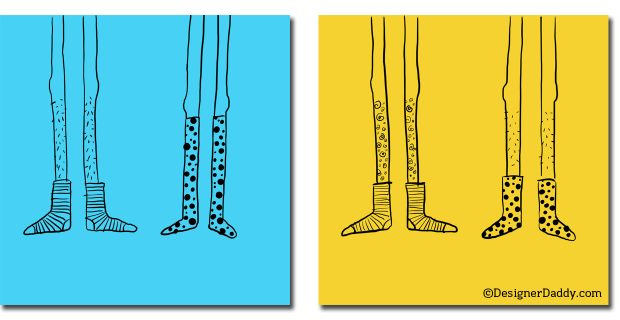 If it wasn’t clear before, it should be now — all parents struggle to keep the romance going. Designer Daddy and Plum are all about healthy families — by producing yummy organic food for the kiddos, and by reminding parents they don’t have to be perfect. Okay, I don’t do the organic food part, but I definitely have the imperfect parent thing down.

See you in a couple weeks — now go get sexy!

I’m pleased to have partnered with Plum Organics for another honest, unfiltered conversation about parenting.