Here we are at the end of 2016, and Holy Haircut, Batman! — it’s been a roller coaster of a year. I can’t recall a recent 12 months that contained as many highs and lows. Between the election and all the ugliness it exposed, the numerous police shootings of black men, and the Orlando nightclub massacre, it’s been an especially harrowing year for women, people of color, immigrants, Muslim-Americans, Jewish-Americans, and the LGBTQ community.

Yet through it all, there have been constants to keep me grounded: my family, feeding said family, and my love of superheroes. So the lunch notes were pretty constant, too. 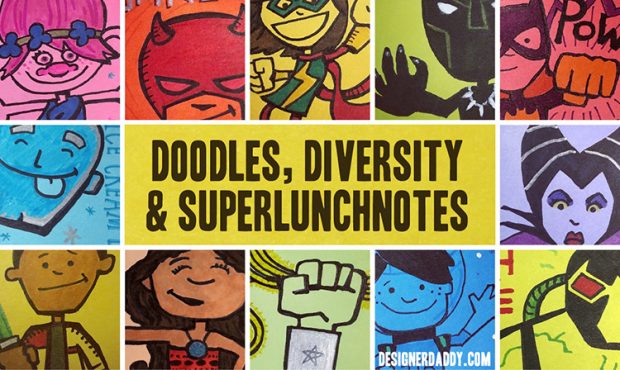 Since starting this adventure three (!) years ago, I’ve tried to include a good mix of characters: DC and Marvel; comics and non-comics; human, animal, and whatever the hell Pokémon are. But this year in particular both inspired and challenged me to step up the diversity being represented in my son’s lunch notes.

Dude, they’re lunch notes. With cartoon characters on them. GET OVER YOUR ARTSY-FARTSY, DRAMA QUEEN, HOLIER-THAN-THOU SELF.

There will be no apologizing for the subversive liberalization of my kid via Post-Its and Sharpies. Not today, not ever. #SorryNotSorry.

However, I’m not here to toot my own tolerance horn, but to show that as parents we can fight against stereotypes, fear, and hatred in small ways — in creative ways that also happen to be fun. These doodles can never replace my own words and actions as an example to my son. But at seven years old, he understands just enough about deportation to be concerned for his Spanish-speaking friends; just enough about Dr. King to know people are sometimes killed because of the color of their skin; and just enough about LGBT rights to be concerned for his two-dad family.

In light of these things too heavy for any shoulder to bear — much less a first grader’s — I want my son to appreciate every person he knows and sees, so that he grows up to be a compassionate friend and a passionate ally. Okay, enough soapboxing and on with the doodles!

Below are all 44* of the SuperLunchNotes that added a bit of color/spice/variety/flair to my son’s lunch in 2016… (and as always, you can click to biggefy) 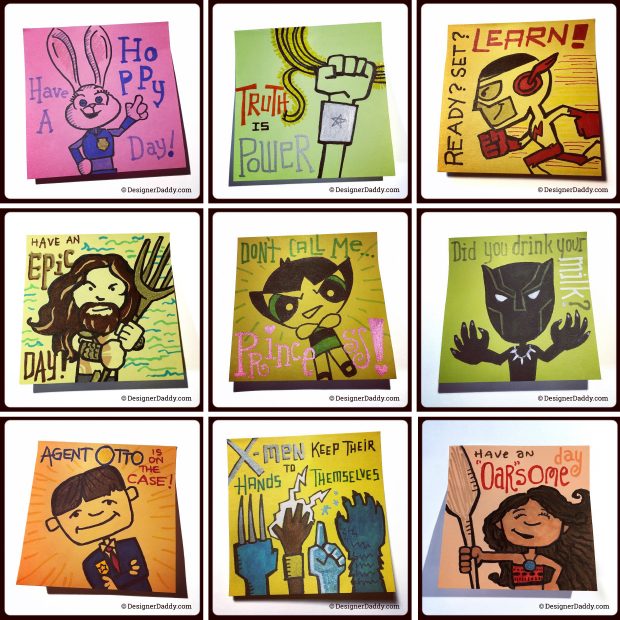 A lot of the notes are sparked by new movies we’ve seen, shows my son discovered, or comics I’ve introduced him to. Above are the top 9 of those: 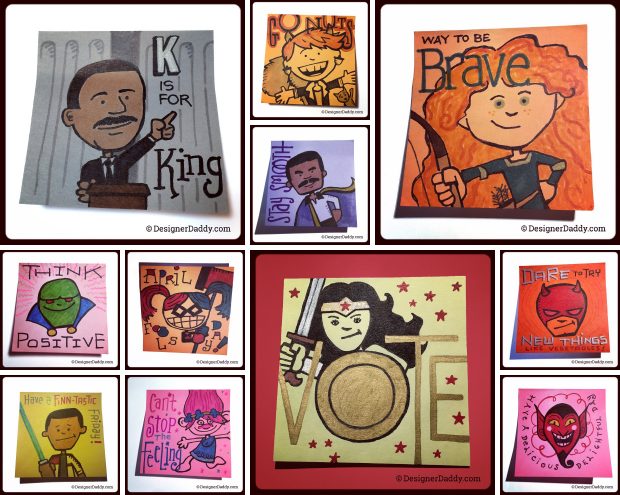 Sometimes the notes are a catharsis for my own celebration or mourning, frustration or hope — all while keeping it colorful and fun for my kid.

While making my way through the alphabet, the letter “K” fell on MLK Day. • Squirrel Girl joined the Avengers! (Marvel Comics) • Donald Glover was announced he’d play young Lando Calrissian in the upcoming Han Solo film! • In 2016, I had the privilege of participating in a focus group at Disney Interactive HQ in LA, a conference at the White House, and attended the United State of Women summit — all of which touched on the issue of gender stereotypes in toys and the media. Oft discussed was the revamp of the Disney Princess toys, including Brave‘s fiesty Merida. • On Supergirl, Martian Manhuter is portrayed by black actor David Harewood. • Harley Quinn chews (and pummels) every scene in Suicide Squad. • In 2016, Wonder Woman celebrated her 75th birthday, made her big screen debut, and became a UN Ambassador. I felt her the best person to grace the election day lunch note. • Season 2 of Daredevil made Netflix the go-to spot to watch superpowered people with disabilities — as well as women (Jessica Jones) and people of color (Luke Cage) —  kick ass. • Finn from The Force Awakens was on repeat in our house, on long trips, and in every playtime lightsaber battle. • 2016 saw a slew of animated films with female lead characters, including Poppy in Trolls (Which IMO was better than Moana.) • No one really knows who or what HIM from The Powerpuff Girls is, but I’m glad he/she is back!
. 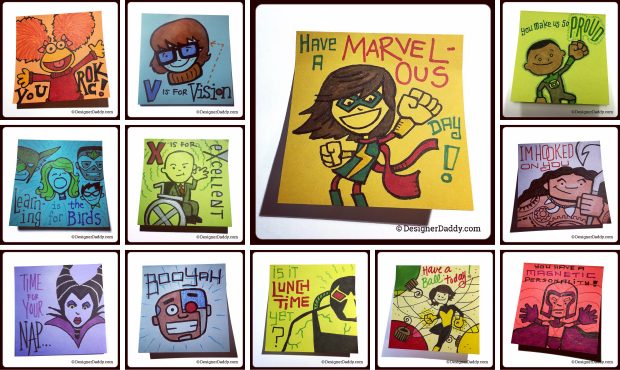 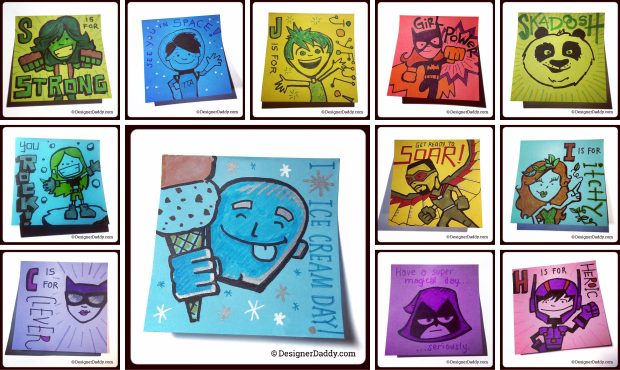 So what are some ways you combat prejudice and encourage acceptance in your kids? Leave your thoughts and ideas in the comments!

*I omitted a couple of repeat characters, which I’m sure you’re okay with. I know I can be a bit rambly, so thanks for sticking with me. 🙂