What’s in a Name? Summer Camp, Cancer, and 84 Miles To Go 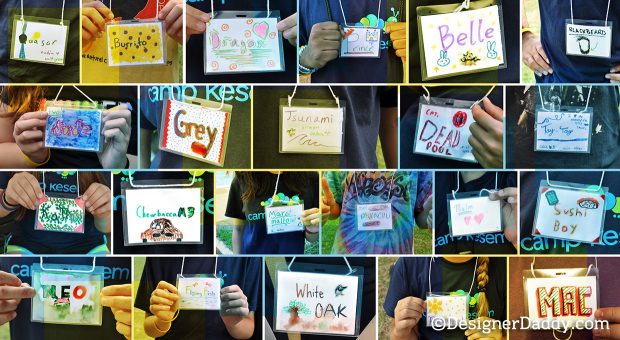 Imagine yourself a kid at summer camp.
.

Perhaps it calls to mind bunk beds with flimsy mattresses. Potato sack races and three-legged races and racing around at dusk playing hide-and-seek. Scratching mosquito bites, catching fireflies, watching sparks swirl up from a fire into the night sky. A night sky so black and stars so bright, it’s like you’d never seen them before. An escape from school and parents and all the baggage that entails; a chance to be on your own, yet surrounded by others in the same, wonderfully wobbly paddleboat called childhood.

Now imagine one of your parents has cancer. Perhaps they’re in remission, or they’re enduring chemotherapy; or maybe they lost their battle and now you’re a teenager (or preteen, or younger) without a parent.

I visited Camp Kesem last summer, where kids who’ve been touched by a parent’s cancer spend a week doing all the things kids do at summer camp. Bracelet-making and canoeing, singing songs and telling stories. It’s amazing how a few days spent outdoors doing silly stuff with a bunch of other kids can be such a bonding experience. And for the kids at this camp, even more so.

And at the start of the week, every camper chooses a Camp Name. A nickname that they use only for this one week, with this group of soon-to-be friends. A princess, a superhero, a tree, a Wookiee. A chance to escape their harsh realities and be something different; to untether themselves from Mom’s or Dad’s story, if even for just a moment. A new name to be a new person, while being themselves for perhaps the first time in a very long time — among the only others who can understand. 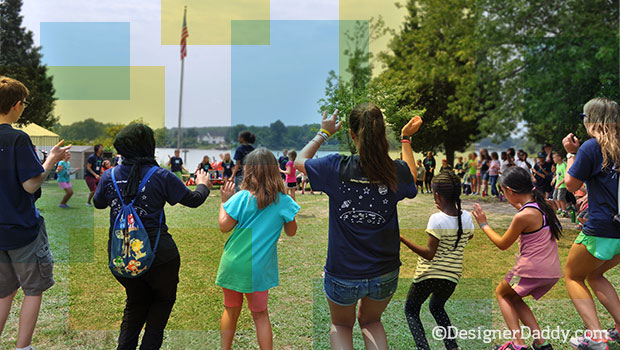 Between the crafts and sports, each day the kids do one activity to get completely messy. I got there too late to see the counselors smeared with peanut butter while campers threw marshmallows at them, though I did meet a bearded cabin leader with traces of human s’more still on his face.

Midway through the week, all of the campers — as young as 6 and up to 16 — write their worries on a rock, and then throw them into the nearby lake. I imagine the lake’s floor covered with the burdens of a 9-year-old who watches YouTube videos to learn how to massage his pain-stricken mother; of a 12-year-old who’s embarrassed to talk to her friends about her dad, though they all know he’s sick; of a 15-year-old, his rocks stacked four-high beneath the water — one for each year he’s been to camp, and for each year his mom has gotten worse. 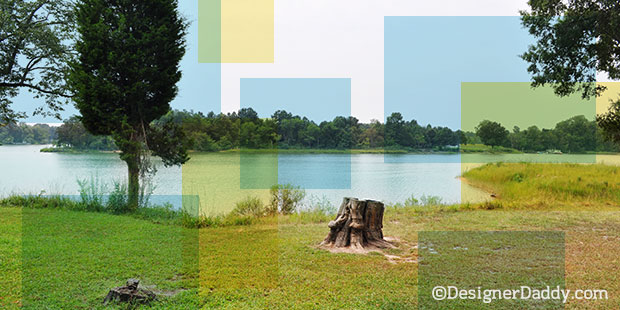 The next-to-the-last night is the Empowerment Ceremony. Kids tell their story, answering the question, “Why do you Kesem?” The camp isn’t just “cancer camp” — conversations and counseling are allowed to happen organically. Yet around the campfire under the stars, many of the kids open up about whatever it was they threw into the lake the night before. Older kids typically share more; younger kids perhaps still grasping the changes taking place in their lives.

As I said, Camp Kesem is a special place. I visited only one of Kesem’s 80 camps, but left feeling like I was part of something bigger. That I was witness to human beings genuinely caring for one another, carrying each other, making each other laugh in the face of disease and death.

WHAT’S IN A CAMP NAME?

I chose “Mac” for my camp name that day, and it will be my name beginning July 10th, as I walk 84 miles across northern England. I’ll be with 10 other dads, all of us hiking along Hadrian’s Wall, hoping to raise the funds to start a new camp at the University of Maryland. The eleven of us are friends largely due to another dad who died of cancer last year — a dad who left behind two young children who are now in need of such a camp.

Please watch this short video to find out how you can help us get a Camp Kesem started for another group of kids. And if someone you love has been touched by cancer, there’s a way you can send them along with us in spirit, too.

.
HOW YOU CAN HELP

To make a donation of any amount, as well as learn more about Camp Kesem, Hadrian’s Wall, and Oren Miller, please visit www.Dads4Kesem.org.

You can also follow us along our walk on the Dads4Kesem Facebook page, or on any of my social media channels: