Remembering Prince and How His Music Helped Save My Life 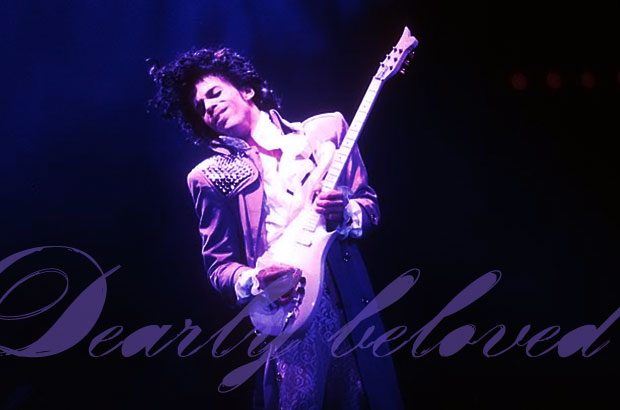 In the summer of 1984 I turned 16. I had a year of high school behind me and was living on a tropical island in the middle of the Pacific. My dad was a military chaplain, and we’d moved to Okinawa, Japan the previous summer. For several months we lived in a house in Okinawa City, and the top floor consisted only of my bedroom and a wraparound balcony with a view of the ocean. Aside from the occasional gecko scurrying across the ceiling, it was a sanctuary of solitude for this eldest of four boys.

I had a pretty good first year of high school, as years of high school go. My grades were good, I made the tennis team, and had a solid group of friends. I’d even been voted “Cutest Couple” with a girl who I happened to be dating when the votes were cast, though soon after reverting to friend status.

By the summer of this story, we’d moved onto Kadena Air Force Base. Military housing is typically bland, but here was accented with island flavor: a clay tile roof, palm trees growing from the patio, poinsettia bushes along the side of the house. I hadn’t yet attained high school party-attendee status, so weekend nights were spent walking to the movies or bowling alley, days at one of the beaches scattered around the island.

At the end of that June, I bought Purple Rain at the BX. Over the course of the summer and into my sophomore year, Prince’s magnum opus was the soundtrack of our collective youth. Blasting from cars and boom boxes, on every Walkman, every track (and some B-sides) played nonstop at school dances.

Like Thriller the year before, Purple Rain crossed lines of gender, race, and genre. But it went even further, delving into and mixing sex and spirituality. This was exemplified most in the album’s two biggest hits. “When Doves Cry” dripped with sensuality, while “Let’s Go Crazy” sang of the afterlife with raucous, unpious fervor. The latter was a revelation for this preacher’s kid struggling not only with faith, but also with my sexuality… and what that meant for my own afterlife.

Summer gave way to fall, and in the midst of considering God, my identity, and all that entailed, I became the victim of relentless bullying. A senior on the football team kept me in a constant state of fear for several months. I was pushed and punched out of the way walking the hallways, shouted at from across the cafeteria, cornered and intimidated at the bowling alley, called “faggot” in a movie theater full of friends and classmates.

In addition to fear, this caused overwhelming loneliness. My friends seemed to not notice or understand how scared and miserable I was; and I was too ashamed to admit it to either them or my parents. I spent less and less time at the movies and at the beach, more and more time hidden away at home.

But even that was no escape. Twice my tormentor came to my house to throw insults and threats; once on a weekend night when I was home alone, a second time cursing out my mom who had gone to the door to tell him to leave.

My only safe haven no longer safe, the loneliness and fear became too much to bear. Late one night I roamed the house while my family slept, searching for pills, thoughts of suicide grasping at me. I was desperate and afraid, with no other options in sight. Thankfully exhaustion or frustration won out, and I made it back to bed empty-handed and to school the next day.

The harassment eventually ended as the senior was ejected from the football team, our school, and ultimately the island, for various other violent and destructive acts. But the emotional scars stayed with me, continuing to keep me closeted and cautious.

Yet in the midst of all this, I recall another solitary evening, my parents and brothers likely at a church function or having dinner with friends. I put Purple Rain on the living room stereo, pushed the coffee table aside, and escaped into the music. The opening organ and call to worship calmed my jagged nerves, and as the drums and guitar kicked in, I cranked the volume and let loose — dancing, jumping, running, pumping my fists at all that dared restrain me. The fear fell away for a few precious minutes as rage, then elation, took its place. I was shout-singing the lyrics, stomping to the beat, air guitaring like there was no tomorrow. As the song slowed and exploded into the final, searing solo and primal “Take me away!” I screamed along and my catharsis shook the house.

I’ve often gone back to that uninhibited moment, remembering it fondly or recapturing it when most needed. Yet it wasn’t until Prince’s death, as I relived his music’s impact on my life, that I placed that night in the midst of those dark months of bullying and hopelessness. Not only were those minutes a blueprint for how to escape anxiety later in life, but they also helped me live to see another day, and another, and all that came after.

So how does this eccentric pop star, his music, and my teen angst relate to fatherhood?

Purple Rain was the only album about which my mother showed considerable concern. Thanks to Tipper Gore, my mom (and everyone else’s at the time) was aware of Prince’s more lascivious lyrics. However, she stopped short of forbidding me to listen or taking it away. My mother may not have understood — and I’m sure she continued to worry — but she gave me space to find myself, discover my own way, and hold to what inspired me. I hope to have such grace and patience when my son inevitably listens to, watches, or plays something that raises my dad hackles. I need to let him experiment and obsess and grow in his way and at his pace.

I’m also grateful to Prince for all of the boundaries he blurred — between male and female, black and white, straight and gay, devout and profane. He helped to awaken something in me and my generation — hope to consider lives outside the restrictive norms, out of the shadows of shame; being true to ourselves and fighting for our loves and our voices.

Prince’s music and the freedoms it expressed helped save my life. It laid some of the first stones on the path my life took after I failed to take it. And all those many days since, I count them as precious. Days of coming out; sharing my life with the person I love; raising our son to live and love freely and without limits, always punching the higher floor.