If you’re looking for affordable family fun, look no further than Philadelphia. Our family got to spend four days with our up-the-coast neighbor; however, the first two were just me and my 6-year-old — a challenge I wasn’t sure I was prepared for. Under normal circumstances, my adventurously independent son is a handful. Now we were sans one dad, adding a train ride, a hotel stay, and a bunch of activities in a city I knew next to nothing about. Papa and I had spent an anniversary weekend years ago, focusing mainly on art museums and antiques. I knew my kiddo was having none of that, so we were in uncharted territory.

It’s also important to note that Jon was not as over the previous week’s stomach bug as I thought.

Known as the City of Brotherly Love, Philadelphia has plenty of affection for families and kids, too. We made it through the trip with lots of flying colors, great memories, and even learned a few things. And yes, there were lots and lots of trips to the bathroom.

Here are our five Philadelphia favorites — along with a score for the restrooms at each location, based on their ability to accommodate weary, middle-aged dads and a kindergartner whose bowels were constantly at DEFCON #2. 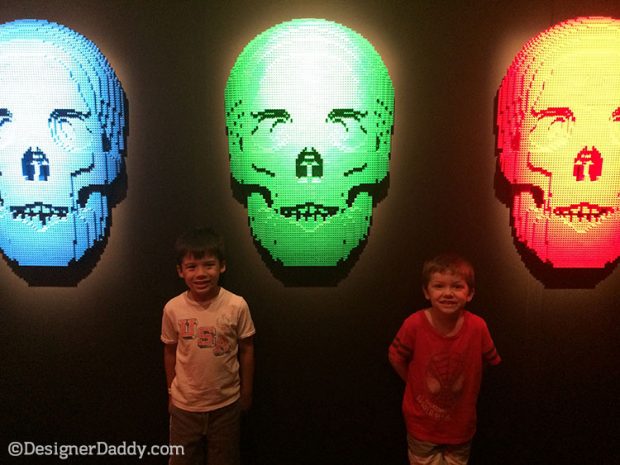 The initial draw of The Franklin Institute was the Art of the Brick exhibit — which did not disappoint. Yet on further exploration, the entire museum was amaze-balls, as the kids say. From the giant interactive heart, to the train factory, a planetarium, and pretty much any invention or sciencey thing you can think up — it had it all. 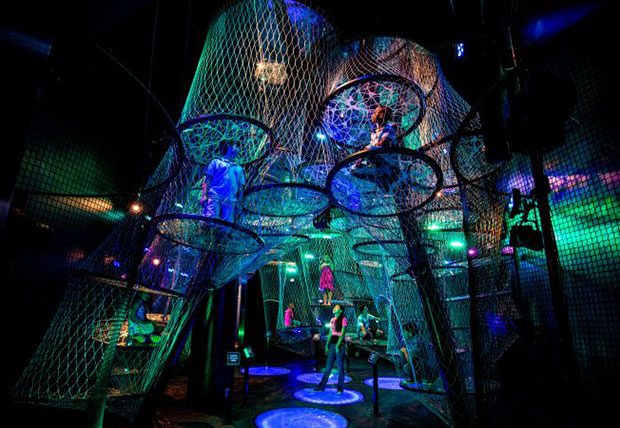 But the biggest thrill was the Your Brain exhibit — an intricate cluster of tubes and tunnels and platforms and lights and sounds and lots of squealing kids crawling around inside it. It was a sight to behold — especially standing underneath trying to keep track of your kid. Learn more at fi.edu.

Bathroom score: 🚽🚽🚽🚽  …and I think we used one on each of the museum’s four floors. 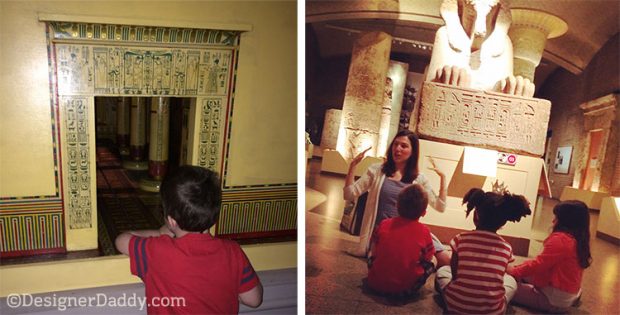 The Penn Museum was a pleasant surprise. A university museum of archaeology and anthropology didn’t sound like the place to take a frenetic youngster. Yet from the moment we entered the tomb-like hall featuring dozens of Egyptian columns and a Sphinx, my son was transfixed. He was equally enthralled peering inside a miniature pyramid and the demonstration from a woman working on mummified animals. 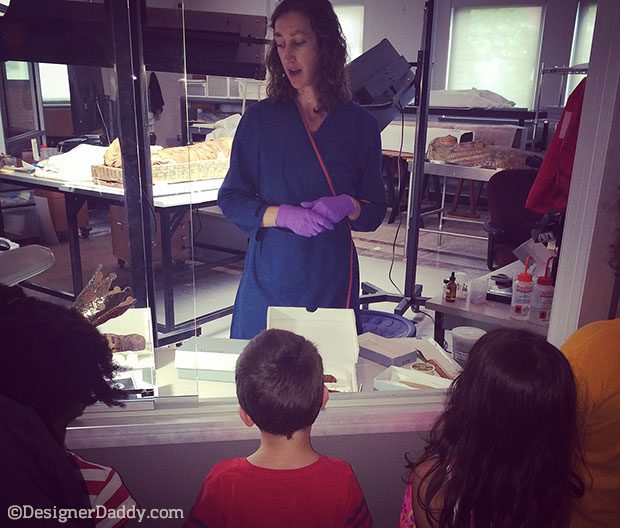 The entire visit seemed to stimulate an eagerness to learn. Jon won the heart of our tour guide, raising his hand to confidently answer (or guess) every question she put forth. A stuffed camel (quickly dubbed “Cammie”) from the gift store made this an adventure for the history books. Learn more at penn.museum.

.
You may be thinking, “I can go to a park at home” — and you would be correct. But kids will be kids, and one of their favorite things to do is run around and blow off steam. So trust me — letting your kid go nuts for an hour is a lot less stressful at a park than at a jam-packed zoo, in line to see the Liberty Bell, or a museum full of priceless artifacts. 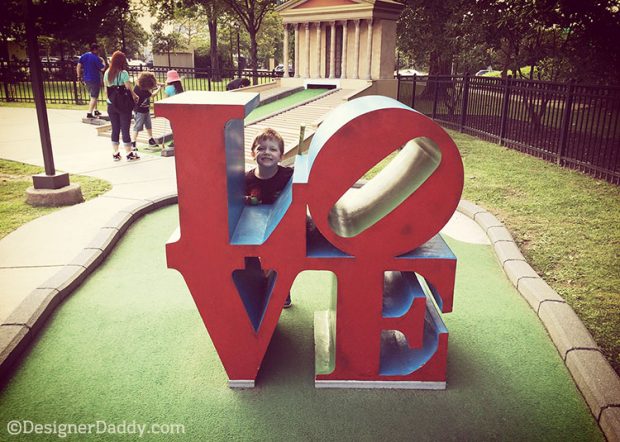 One of Philadelphia’s five original squares, Franklin Square includes a Philly-themed mini golf course, old-fashioned carousel, playgrounds, and some of the best lemonade I’ve ever had. Pro tip: Do not give lemonade to a kid with diarrhea. Learn more at historicphiladelphia.org

Bathroom score: 🚽🚽🚽 1/2  Rather nice for a public park — and luckily within running distance from the mini golf.

.
Sure, it’s a little touristy, but my kid loved having dinner on Moshulu, a fully restored, four-masted sailing ship in Penn’s Landing. We dined in a private room at the Captain’s Table, and the food was excellent, the desserts unbelievable. Beyond the food, our favorite part was sitting above deck, having some well-deserved family chill time as dusk settled along the Delaware River. 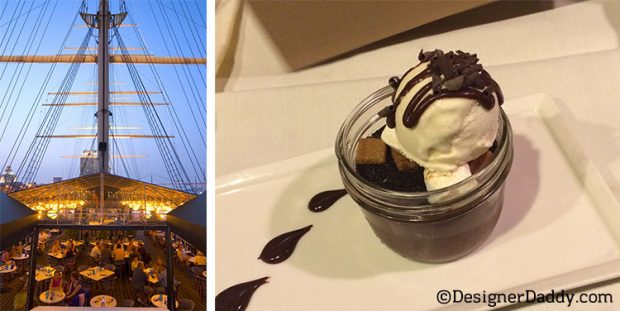 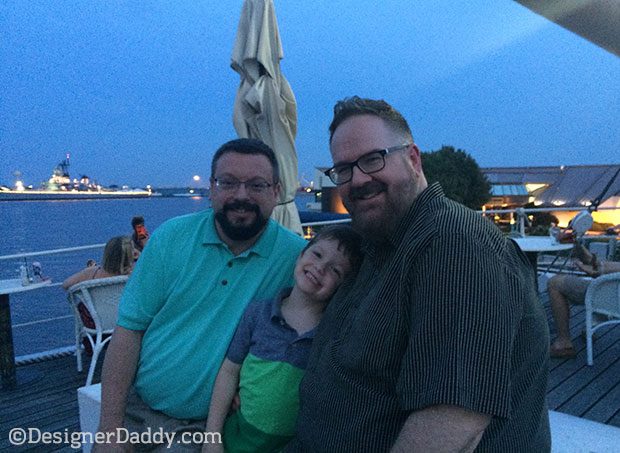 And while our little pirate took a couple of trips below to the poop deck, he was in good spirits by the time we disembarked and headed back to our hotel. Learn more at moshulu.com.

Bathroom score: 🚽🚽🚽🚽🚽  — for the two ship-shape heads we patronized.

.
Most major metropolitan areas now have a children’s museum of some sort. We’ve been to them in Portland, Baltimore, Salt Lake City, and DC, all of which have their charms (except DC, which is now closed). But the Please Touch Museum in Philly is hands-down the best of the bunch. Within the course of a couple of hours, my son and his two friends gave a baby a cat scan, rode a motorcycle, built with giant foam tinker toys, and ditched their parents in the Alice in Wonderland maze. And for us parents, the retro toys and games exhibited throughout was a glorious blast from the past. 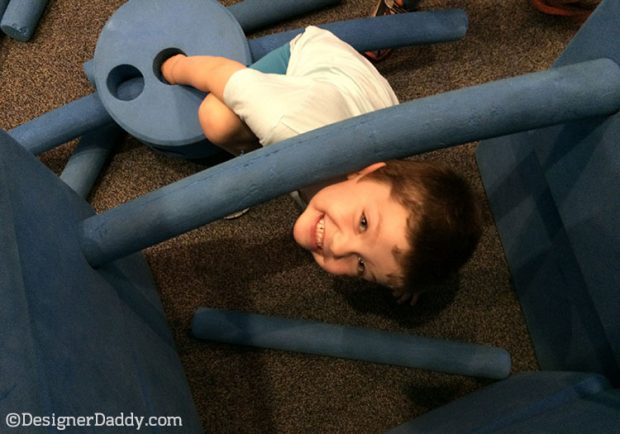 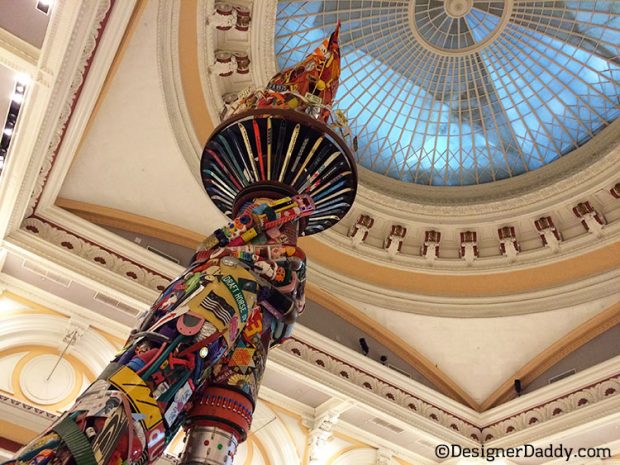 In addition to the endless exhibits and play spaces, the building is an attraction unto itself. Memorial Hall has been the home of the museum since 2008, though was originally built as part of the first World’s Fair in the US in 1876, and later served as the first home of the Philadelphia Museum of Art. The architecture is spectacular and only enhances the wonderment of the experience. Learn more at pleasetouchmuseum.org

Bathroom score: 🚽🚽🚽🚽🚽  Don’t worry — we were sure to wash our hands before resuming the touching of all the things.

Check out these upcoming events:

The Science Behind Pixar
March 12 – September 5, 2016
The Franklin Institute

Many thanks to Visit Philadelphia for sponsoring our family’s trip. All opinions expressed are my own. Go to VisitPhilly.com for the latest and greatest things to do and see in Philadelphia.

Be sure to visit and like Designer Daddy on Facebook for all the lowdown on our family’s latest adventures!