I managed to silence the doubts long enough to enjoy the experience — to soak in the history and grandeur. Strolling through the East Wing, I noticed all my favorites were there: Abe, Jack, Bill. While I was determined to not spend the entire time in social media mode, I did get in a couple of selfies; an official-looking one in front of the Presidential Seal over an important-looking door; and a White House bathroom selfie, natch. 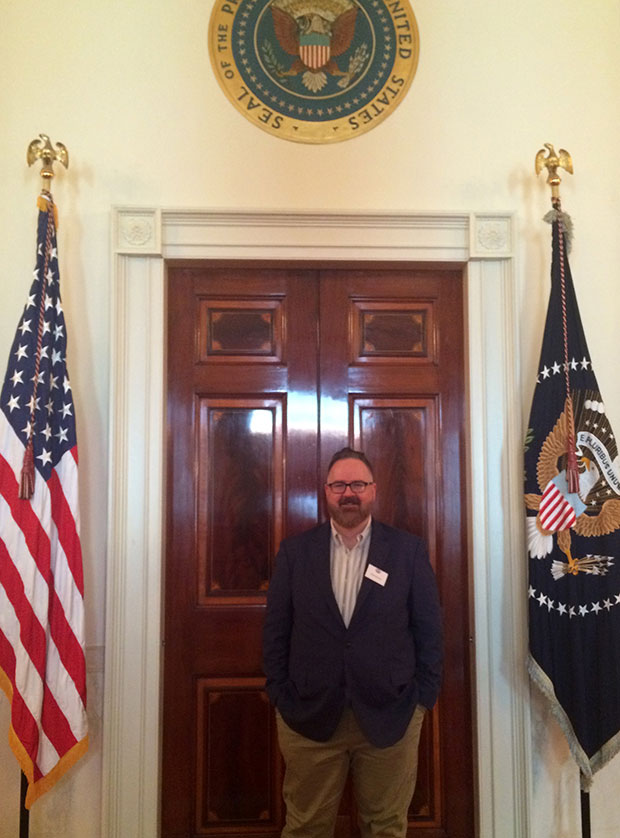 Settling into my seat in the gilded and chandeliered East Room, amongst 150 other parent bloggers and social media influencers, I soon discovered my purpose: to be challenged, and ultimately, inspired.

Before hearing from Mrs. Obama, we were treated to a smorgasbord of information on programs related to Let’s Move, and the general health and wellness of America’s kids.
.

.
Olympic gymnast Dominique Dawes spoke of her experiences as co-chair of the President’s Council on Fitness, Sports & Nutrition, including her longtime friendship with Mrs. Obama.

The National Parks Service talked about Every Kid in a Park. This program grants every 4th grader in the U.S. free entry for them and their families to over 2,000 parks, lands, and waters for an entire year.

Partnership for a Healthier America shared their ingenious FNV campaign. Pronounced “effin’ vee,” the initiative aims to excite kids (and adults) about fruits and vegetables through a delicious mixture of bold graphics, clever puns, and (unpaid) celebrity endorsements — all served up via social media, print advertising, and some very cool merch.

Nearing the end of the program, Ms. Dawes introduced the First Lady, who — amidst a sea of applause and a forest of camera phones — immediately filled the room with her warmth, her generosity, and yes, her awesome biceps. 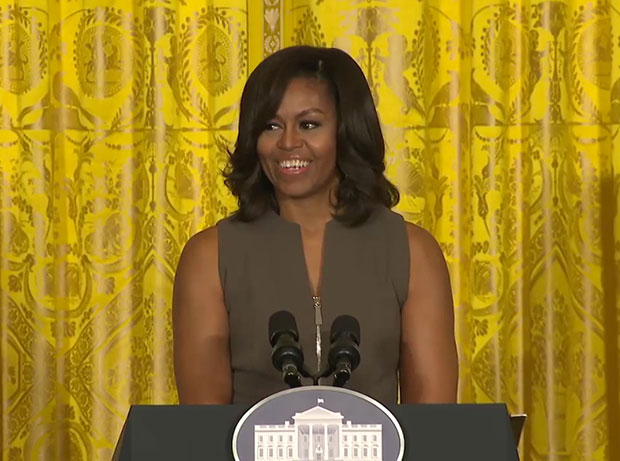 She shared at length about her own family’s struggle to establish healthy habits, which in turn inspired her to start Let’s Move. I found myself being challenged as Mrs. Obama talked about her daughters complaining of a new “dessert only on weekends” rule…

“We’re the ones in charge, even if it doesn’t always feel like it. And we often have to make our kids do things that they don’t want to. I mean, if our kids came home and told us — which my kids would do — ‘I don’t like math,’ we wouldn’t say, ‘Okay, no more math classes for you. You’re done with that.’ When they don’t want to go to the dentist, we don’t say, ‘Okay, no more checkups, no more cleanings, no braces for you. You don’t like it, I’m not going to make you do it.’ Of course we don’t do that. So why would we treat nutrition any differently? Why would we look at our kids and go, ‘You don’t like it, you don’t have to eat it.’

…and then encouraged to hear Sasha and Malia are now making their own smart choices.

“Right now, I see them … looking for ways to incorporate exercise into their lives. They’re doing this all on their own, without any prodding or involvement from their parents. Now that they’re able to make their own decisions, they have this foundation of knowledge that was built when they were younger, just when I thought they weren’t listening to me.”

“We as parents need to be leading this conversation about kids’ health in this country. So when naysayers claim that we just can’t afford to serve our kids healthy food, it’s up to us as parents to push back and say, ‘We can’t afford not to give our kids nutritious food.’ Because when we’re spending hundreds of billions of dollars treating obesity-related diseases, we simply don’t have the luxury to ignore this issue.”

You can view the entirety of her remarks here. The video is set to begin at 39:50, with Mrs. Obama’s introduction. Note the shout-out to the small posse of dads at the 42:40 mark.
.

HOW YOU CAN GET MOVING

If like me, you’re inspired, challenged, or just plain fed up, here are some actions to take to get your family or school eating better and moving more:

• Learn about Salad Bars to Schools, and how to get a salad bar installed in your child’s school.

• Enter the Healthy Lunchtime Challenge. Kids 8-12 can submit an original recipe for a chance to win a trip to DC to attend the 2016 Kids’ State Dinner. One winner from each state, territory, and DC. Recipes due by April 4th!

.
A parting (and very fitting) quote from Thomas Jefferson, seen at the entrance on our tour of the White House Kitchen Garden: 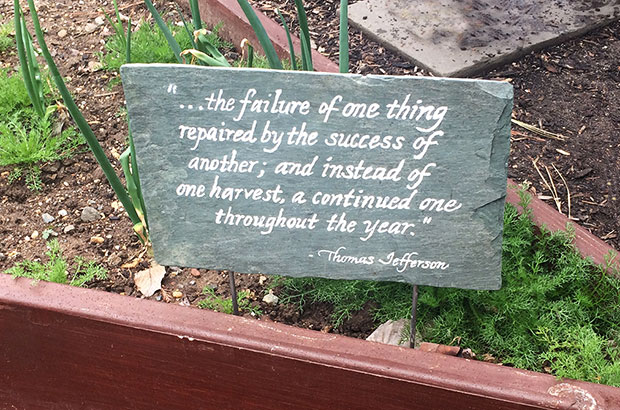 Many thanks to Babble, for including me in their team for this incredible event! 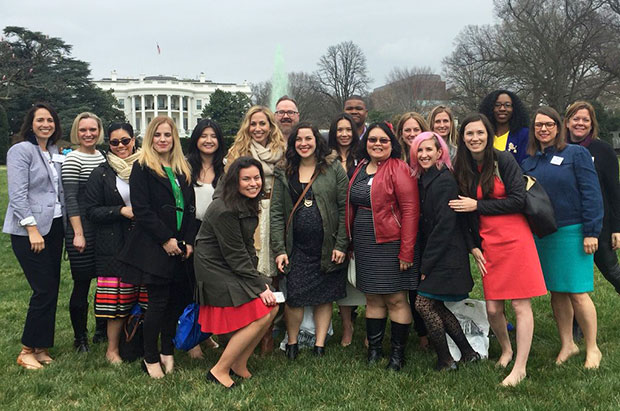 For more photos, check out the gallery on the Designer Daddy Facebook page.

One response to “Designer Daddy Goes to the White House”