For Your Consideration, This Guy 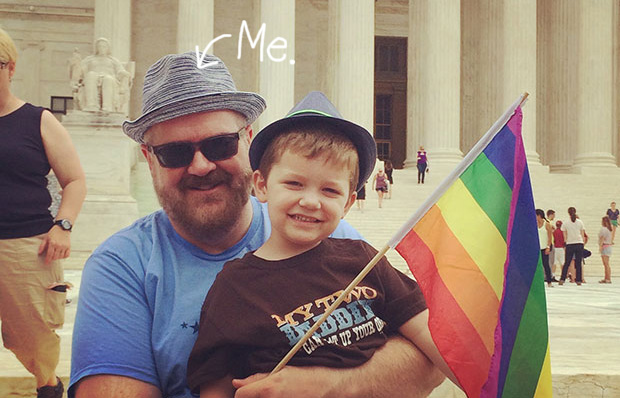 If you’re in the parent blogging community, you may be familiar with the Iris Awards. If not, it’s kind of like the Oscars of parent blogging — minus the million dollar jewelry and with lots more children being told to go to bed.

Last year I was nominated in the Best Philanthropic Work category for the writing and fundraising I (and scores of others) did on behalf of Oren Miller and his family. It was an amazing and unexpected honor, particularly as Christy Turlington was also in that category. (Neither of us won, by the way. This awesome organization did.)

Now this is going to be a bit weird. It is for me, at least. But I’ve been trying to be more genuine and honest about the things I want in life — instead of defaulting to snark and passive-aggressiveness. So in the spirit of Putting Out into the Universe What I’d Like to Get Back…

The Iris Awards nomination deadline is coming up March 10. If you’re pondering who to nominate, might I humbly submit DesignerDaddy.com for consideration? I’ve included some of my favorites from the last year in two categories.
.

• Sharing History: A Gay Dad & His Son Take a Field Trip to SCOTUS

• The M Word: A Gay Dad’s Journey to Appreciating His Son’s Birthmother

• Thousands of Foster Kids to Benefit From Boycott of American Girl

• Where Do Gay Dads Fit into “Amazon Mom”?

• Welcome to the Party: Gay Men Have Been Appreciating ‘Dad Bods’ for Years

• A Thank You Note to Straight People

• What to Do When Your Child Says “I Hate You”…or Worse
.

• Know Your Movie Robots: From Cute to Crazy & Everything In Between (Fandango)

• Pop Secret, Star Wars and the Battle of the Bag (Pop Secret)

• What If ‘The Peanuts Movie’ Starred Real, Live Actors? (Fandango)

Thank you for your consideration!
.

Got something/someone else (including yourself) you want to recommend for an Iris Award nomination? Leave it in the comments!

By the way, if you’re not a parent blogger but enjoy reading Designer Daddy, please consider sharing this all over the Internet. Big, gigantic thank yous (and optional bear hug upgrades) in advance!

And if you have no idea what any of this is about, but would like to read more of my stuff, please scroll up, enter your email address under “SUBSCRIBE,” and all future posts will be emailed to your in-box!

One response to “For Your Consideration, This Guy”