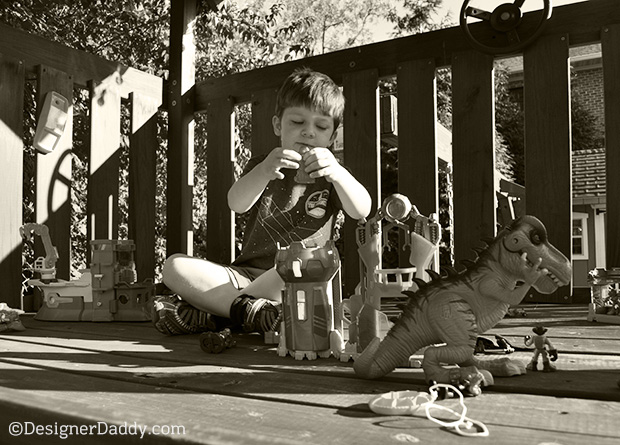 Since my son’s birth (and even before), our greatest bond has been over superheroes. As a lifelong comics and superhero fan, nothing has given me greater joy than to pass that passion down to my son. As his personality developed and our differences became more pronounced, these super powered characters, their stories, and their struggles are what always bring us back together.

Hero-filled movies, books, and TV shows are certainly fun for us to experience together. But nothing beats getting down and playing superheroes. Setting up battles and daring rescues, creating plots and mixing universes — it’s a way we’re present with one another where he can feel equal — or oftentimes, in charge.

On a recent Sunday afternoon, we piled a bunch of Playskool Heroes toys into the playhouse in the backyard, and let the magic, mystery and mayhem unfold… 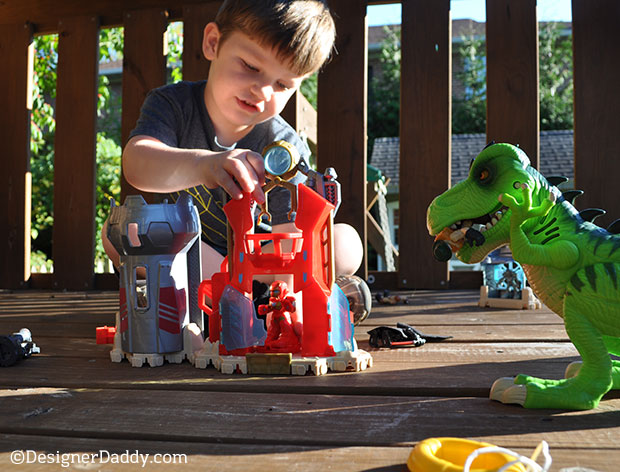 Jon gets Iron Man ready for action. T-Rex gets a snack. 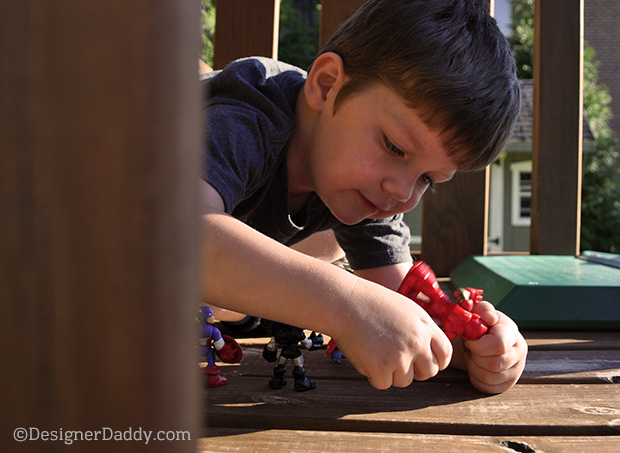 I love the look of concentration on his face when he’s lost in imagination.

.
Our playtime was also a great opportunity to dole out a couple of those life lessons I was talking about.

Superheroes are bursting with nuggets of wisdom. You just have to know where to find them… and to use them sparingly. Kids are smart and will figure out if you’re getting too preachy, then force you to play with the lame rubber dinosaur instead of the tricked-out, lighted-up, super-powered one. Or so I’m told.

The nostalgia factor is also a big draw for me, and in particular with these toys. Characters from Marvel Comics, Transformers and the Jurassic Park films bring back great memories for me; yet also act as great transition toys for this little boy so wanting to be a big boy RIGHT NOW. They fit his still-developing hands and motor skills, and are darn-near indestructible — vital for 5-year-old play.
. 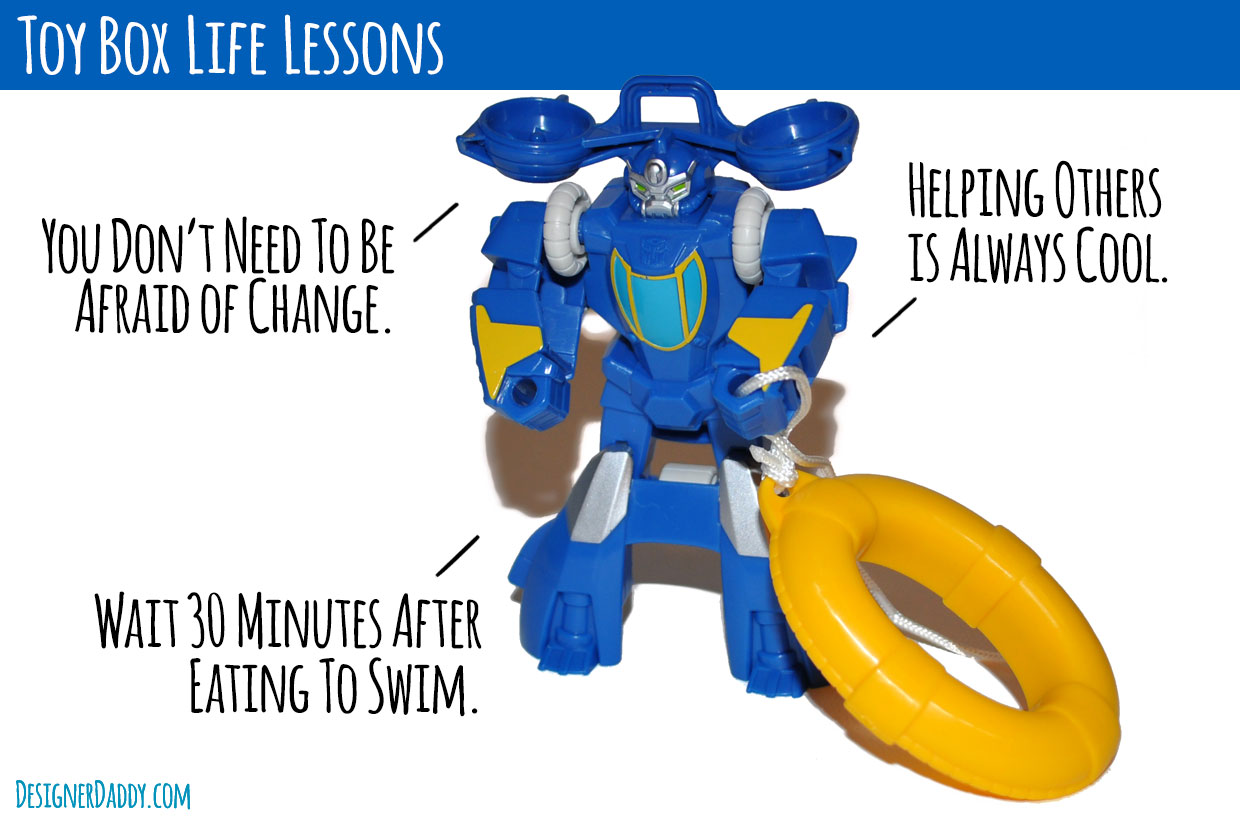 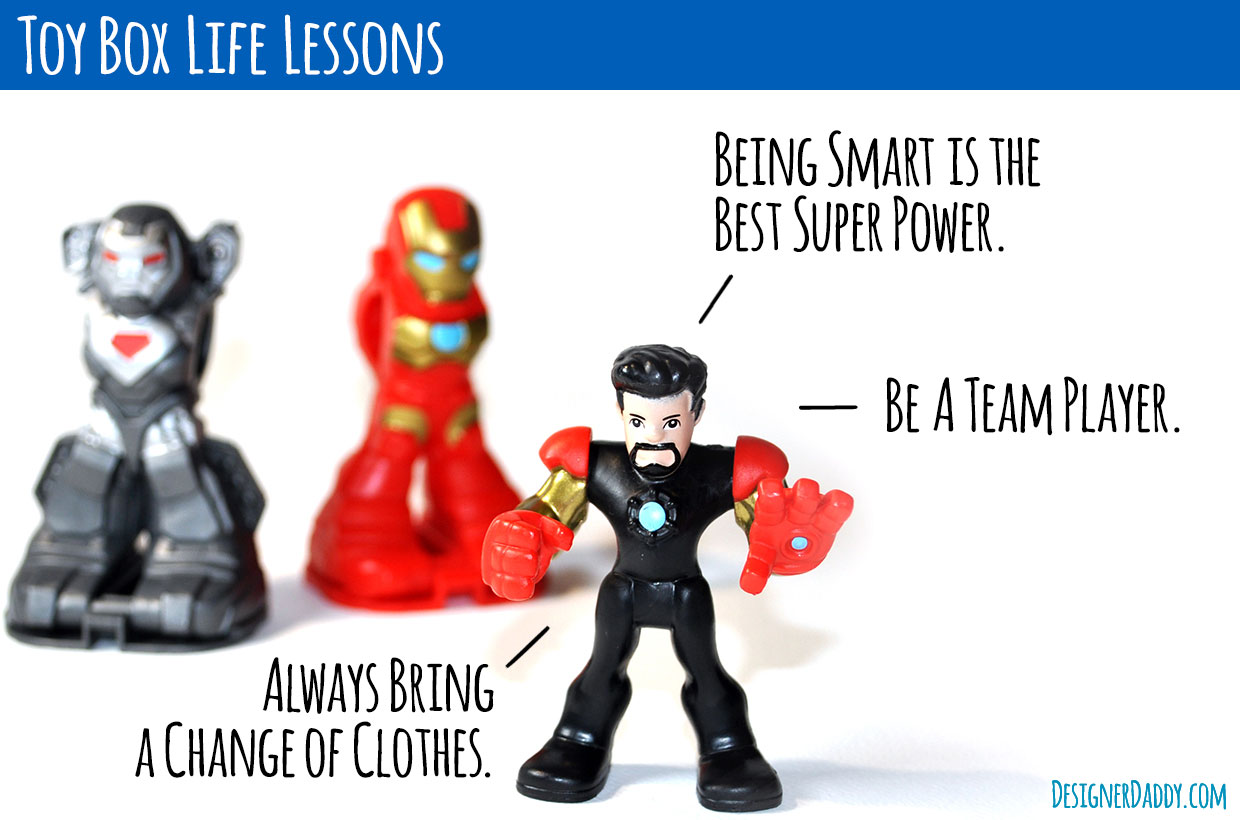 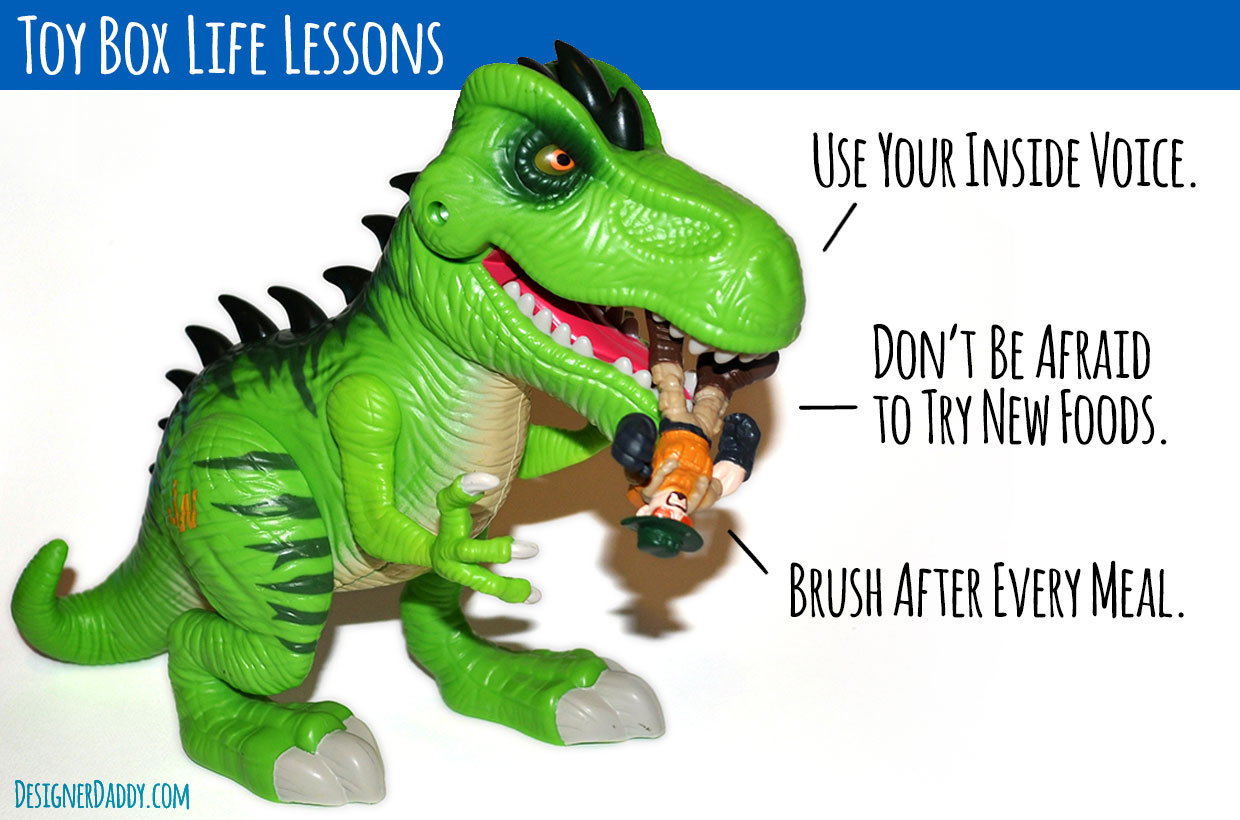 JURASSIC WORLD TYRANNOSAURUS REX
Your kids may be too young yet for Jurassic World, but this roaring, glowing-eyed T-Rex just might tide them over. Comes with trainer figure / dinosaur snack.
Ages 3 years & up  •  Available now

[Thank you to Playskool Heroes, for encouraging dads and kids to be heroes together. And also for providing the awesome toys in this post, and compensating me for my time. Opinions are my 100% my own. And Jon’s.]