What If ‘The Peanuts Movie’ Starred Real, Live Actors?

As a lifelong fan of Charlie Brown, Snoopy and the gang, I’m more than a little excited about The Peanuts Movie. However, other than the holiday specials, the 65-year-old brainchildren of Charles Schulz have lost a lot of their cultural impact. My 5-year-old knows who Snoopy and Charlie Brown are, but just barely. I can’t wait to fully introduce him to these beloved characters in their big screen debut.

And yet, I can’t help but worry that some of the depth and nuance — the humanity — of the Peanuts gang will be lost in this glossy, animated translation. The comic strips always had a subtle, adult sensibility to their humor that I fear may get dumbed-down by Hollywood. I could be wrong, but just in case…

…how AWESOME would it be if there was a version starring real, live, adult actors? I’m sure the kids doing the voice acting in the film will do a swell job, but having adult embodiments of the characters would definitely make them more interesting for this older-than-G-Rated-fan.

With that in mind, below is my fantasy cast. I doctored the actors’ headshots a bit to help sell the match-ups… in case that wasn’t clear. (Warning: not all links are family friendly or SFW.) 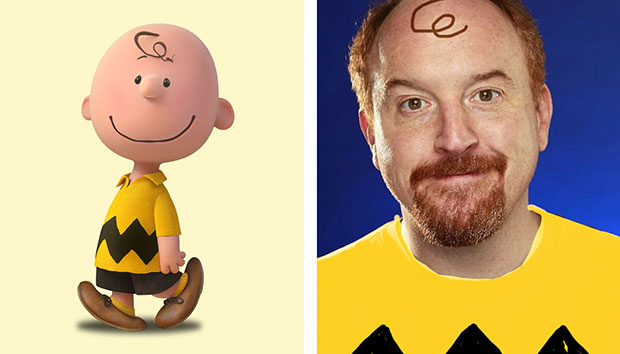 Who better to portray the film’s loser of a leading man than comedian Louis C.K.? A master of self-deprecation — and similarly doughy and balding — C.K. is the perfect grown-up (and slightly more bitter) C.B. 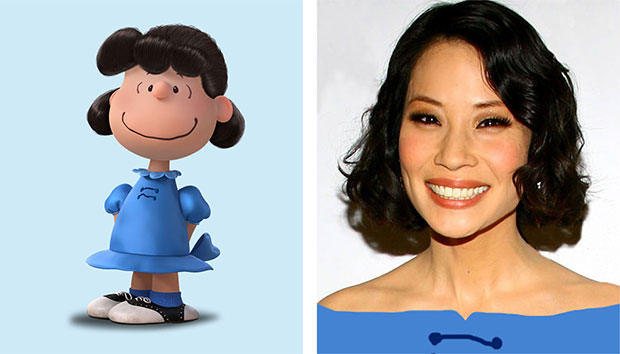 Lucys Liu and van Pelt share more than a first name — they are both forces to be reckoned with. The animated version rules the playground with her bossy, advice-giving swagger. And her charms never fail to convince poor Charlie Brown to attempt to kick the football, no matter how many times she’s knocked him on his ass. 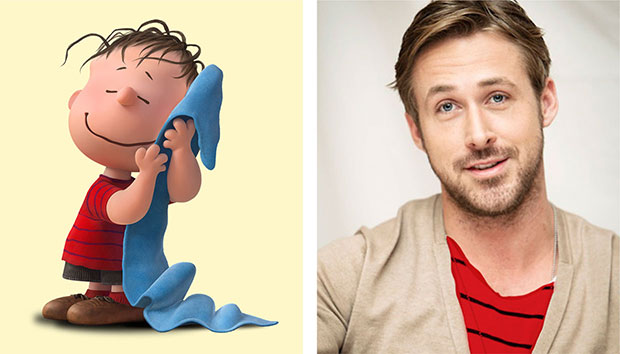 Linus van Pelt, like Ryan Gosling, is a deep thinker and feeler. He enjoys reciting long monologues; he waxes philosophical in pumpkin patches; and he makes the ladies (like Charlie Brown’s sister, Sally) swoon.

“Hey girl, you wanna greet the Great Pumpkin with me?
. 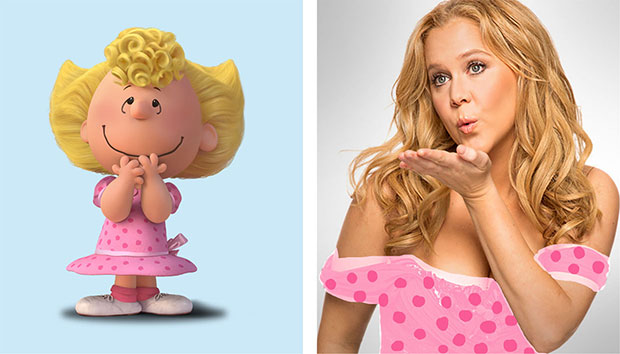 Like Charlie’s little sis, Sally, Amy Schumer is sweet but sassy; baby-faced but ballsy; and oh-so-obsessed with love. But in Amy, Sally has grown up, gotten over Linus, and is looking for love pretty much anywhere she can find it.
. 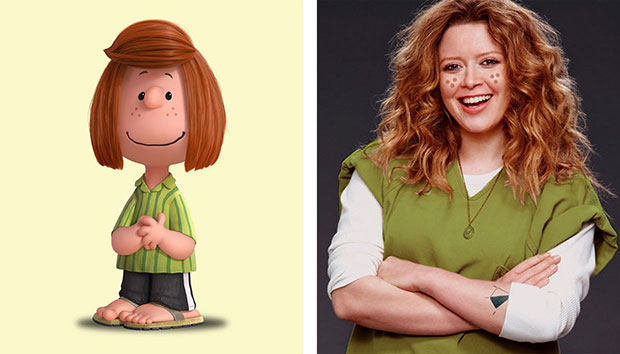 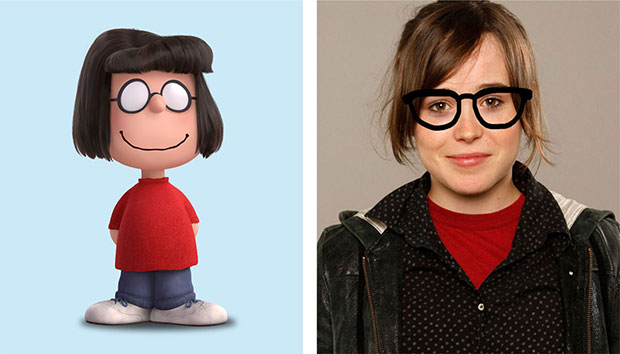 Bespectacled Marcie suffers no fools, save her delusionally confident best friend (with benefits?), Peppermint Patty. Like Marcie, Ellen Page plays smart, quirky and dry-witted like none other.
. 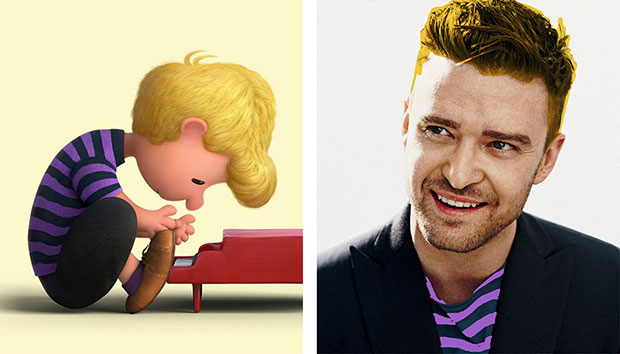 JT, like Schroeder, knows what it’s like to be a musical child prodigy… and to have the ladies incessantly throwing themselves at him. Though none quite as incessant as Schroeder’s main groupie, Lucy.
.

WILL SMITH as FRANKLIN
. 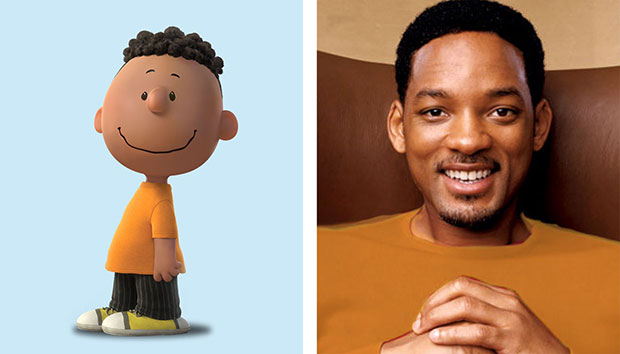 In case you’re thinking I put little thought into casting Franklin, and just chose the most famous black actor in the world to play the Peanuts’ token kid of color, you’re a little bit right. But it was mainly the ears.
. 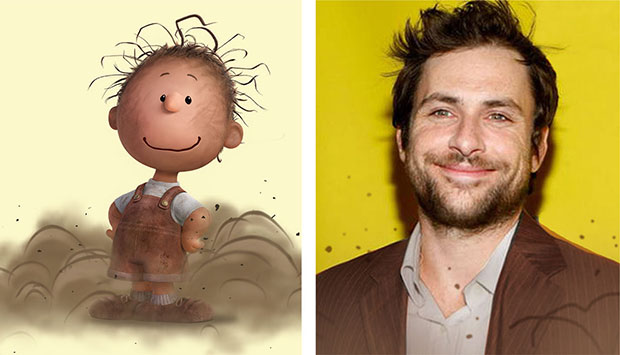 As Charlie Kelly, Day was the Pigpen of the It’s Always Sunny in Philadelphia gang, content to live cluelessly in his own filth and squalor. But always with a smile.
.

Lucy may be the bossiest, but Violet is the OG Mean Girl. Flawless and full of herself, she’s best personified by Wentworth Miller. Don’t believe me? Check him out in all his sardonic glory on Popular (Ryan Murphy’s first TV show). Or as the icy Leonard Snart/Captain Cold on The Flash. Or just look at him — even his smile looks bitchy.
. 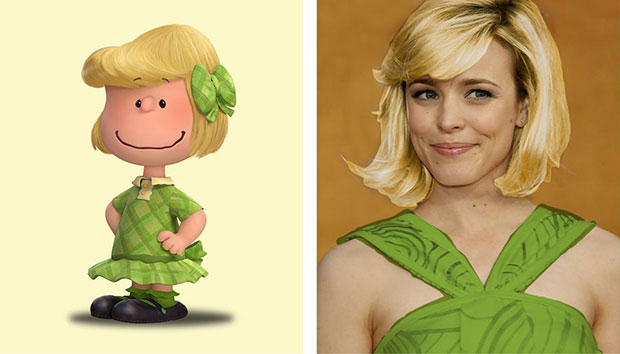 Patty is Violet’s less-mean BFF, continually alternating between sweet and snobby. Who better to portray her on screen than the actress who starred in both Mean Girls and The Notebook in the same year?
. 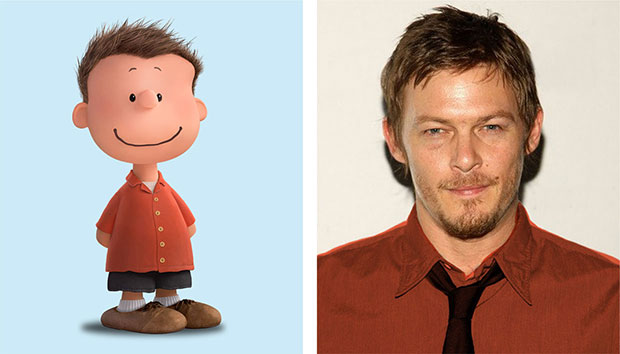 Very little is known about Shermy; but according to the film’s web site, he’s “An all around good guy. …dependable. And he also cuts a mean ‘zombie’ dance.”

Dependable zombie guy it is.
. 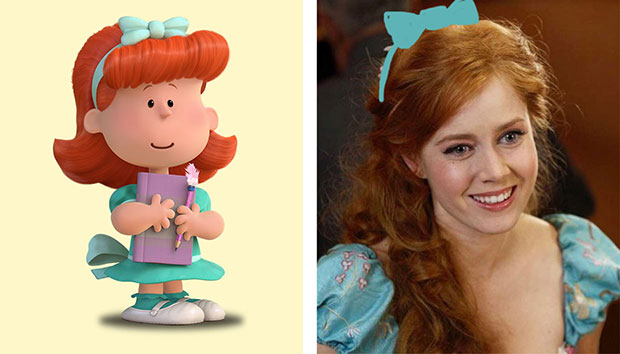 With a smile like sunshine and hair like flames, Amy Adams epitomizes the girl-next-door sweetness and beauty of Charlie Brown’s object of affection.
. 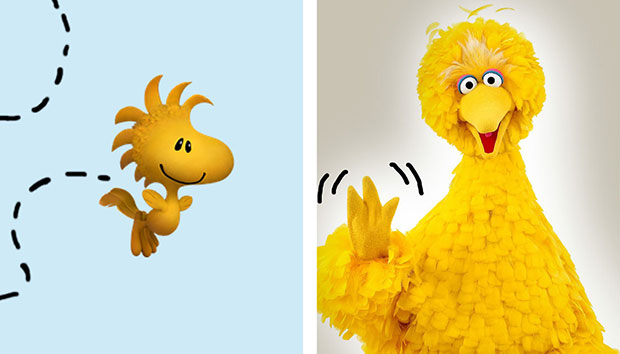 Tweety Bird auditioned for this role, but was disqualified on account of not being real. Luckily, everyone’s dependable (and real) best friend, Big Bird, was available. Now we just have to teach him (her?) to fly.
.

CORDELIA (AKA “CORDI”) as SNOOPY
. 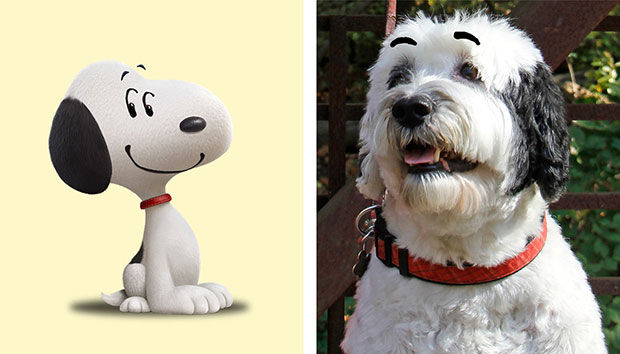 While not a beagle, this adorable Portuguese Water Dog nonetheless fits the smart, fun-loving, and loyal spirit of top dog Snoopy. Besides, has anyone ever seen a real beagle colored like Snoopy?

(Full disclosure: this is my dog)
.

KRISTEN WIIG as GILLY as FRIEDA 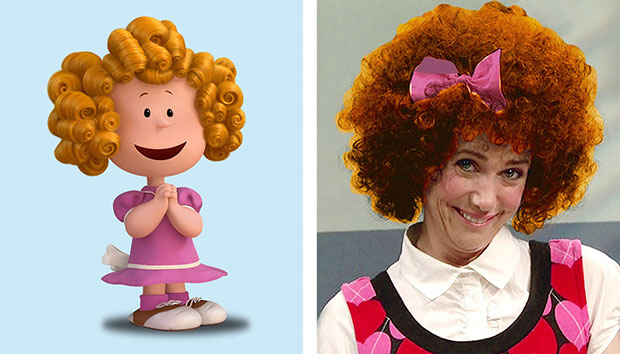 Frieda’s only claim to fame is her obsession with her “naturally curly hair.” So yeah, that’s all I got.

.
So what do you think? How did I do with my casting? Share your cheers, jeers, and suggestions in the comment!

Have you visited and liked the Designer Daddy Facebook page? AUUUGH!! What are you waiting for, you blockhead?! (If you didn’t get that reference, I apologize… and you should definitely go see The Peanuts Movie.)

4 responses to “What If ‘The Peanuts Movie’ Starred Real, Live Actors?”