Officially the Parent of a Kindergartner

Okay, yeah. I went ahead and did one of these annoyingly cheesy, Pinterest-y “First Day of School” photos. But with that face, how could I not? Don’t worry, I took plenty of sweet (i.e., non-goofy) ones to send Grandma and Nonna. But my kid is a Grade A Ham, and I intend to exploit share that with the world. 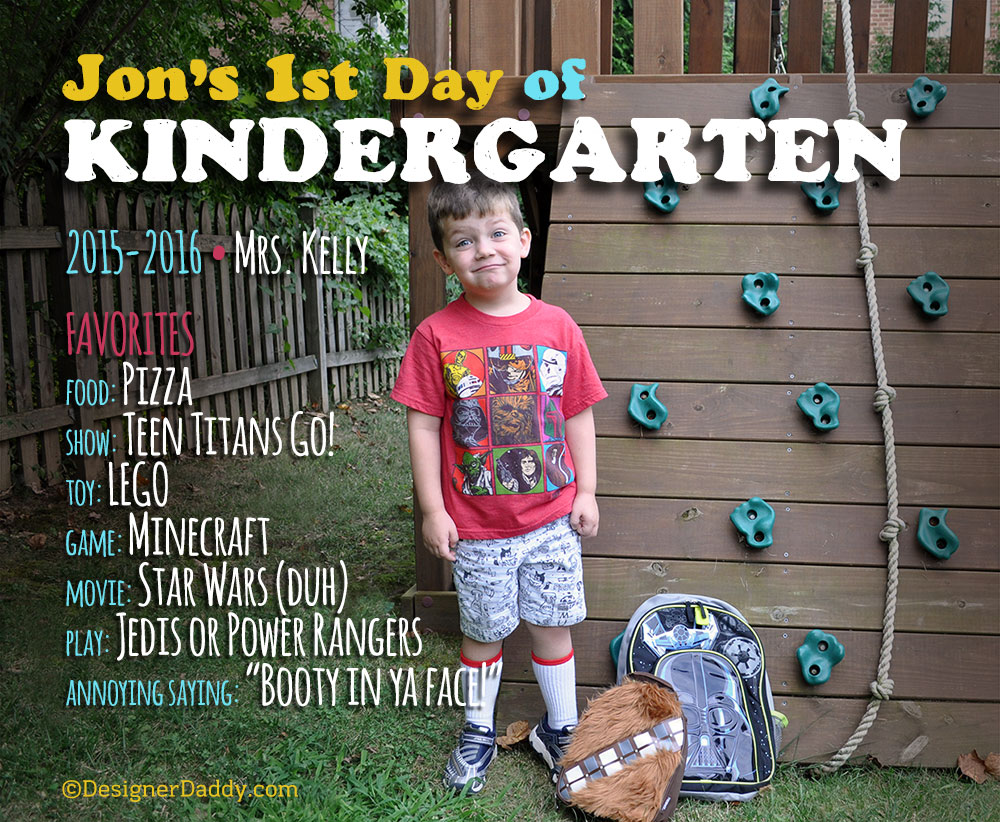 So how’d it go? Jon mentioned during his bath last night that he was a little nervous. When pressed further, he was concerned about having so much fun.

This morning he was eager, but not maniacally so. After we took our photos in the backyard, I told him we had to go inside so I could put the camera away. He said he wanted to meet us out front, so I watched as he struggled a bit to remount his backpack, grab his lunchbox, and walk ’round the house where he sat patiently on the steps until Papa and I made our way out. 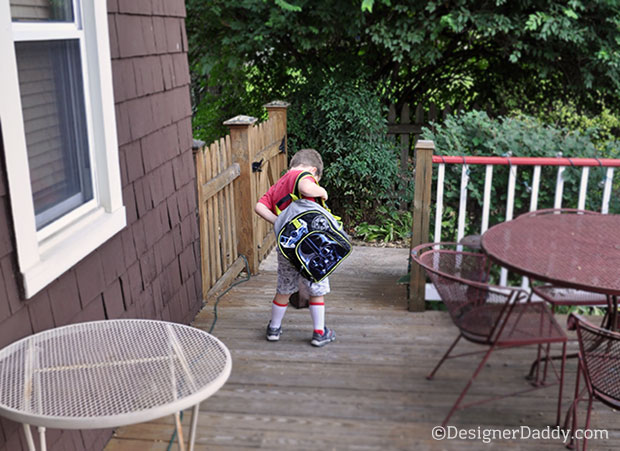 Normally Papa will be dropping him off, but today we walked. Jon was at ease — not hanging back, not rushing ahead. Pleased to have his Daddy and Papa along for the first day of our new adventure. When we arrived at the school, he seemed a bit overwhelmed by the masses waiting to be allowed inside. But as soon as we crossed the threshold, he told Papa, “You can go now.” 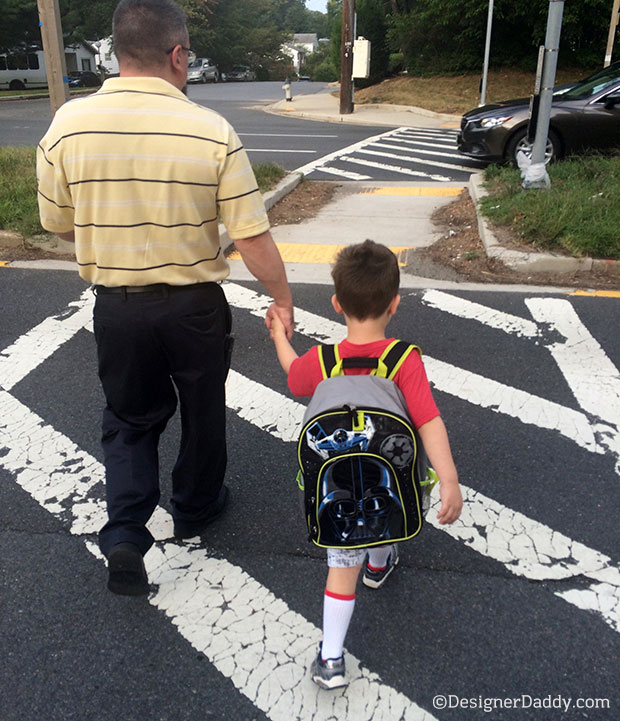 We hung around outside Room 170 waiting for the teacher to bring them in, taking more photos, chatting with other first-time school parents, watching the kids interact. As he and the boy next to him compared backpacks, I could hear Jon explain that he had wanted the Darth Vader lunchbox instead of the Chewbacca, but that his Daddy had told him if he had all Darth Vader stuff, people would think he was evil. I slapped my forehead and chuckled, marveling at the things my 5-year-old arbitrarily chooses to commit to memory. 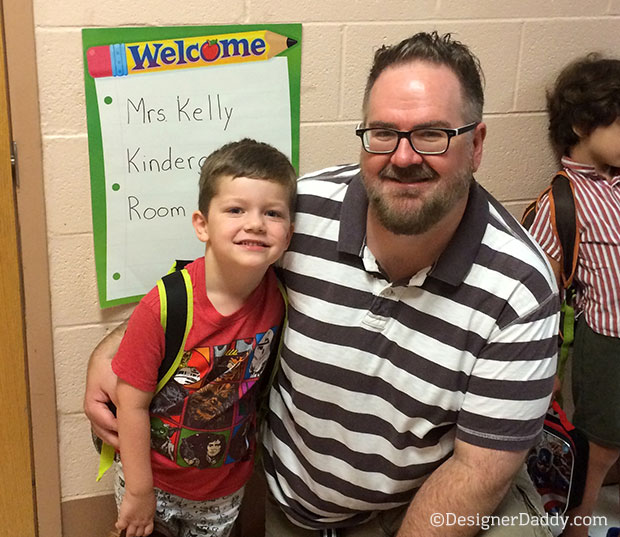 Mrs. Kelly led the children into their new classroom. I followed to put some things in Jon’s cubby and leave some (of the millions of) forms on the teacher’s desk. I watched as she gently herded her flock to find their names on their respective tables. As I stood and watched — surrounded by parents snapping photos — I heard my son’s teacher tell the class there were crayons and paper on their tables if they’d like to spend some time coloring. Over the rustling of the kids settling in and noise coming from the hallway behind me, I overheard Jon say “Crayons? Oh great, I love to color!”

And with that, we were officially the proud, relieved parents of a kindergartner.

Where to buy Jon’s Star Wars stuff:
Darth Vader Star Wars Backpack
Chewbacca Lunch Kit
Stride Rite Star Wars Balance of The Force Light-Up Sneakers
LEGO Star Wars Character Tee (the one shown is from Target, but I couldn’t get a link to work. Here’s an equally cool one!)

5 responses to “Officially the Parent of a Kindergartner”