Loving Your Kid Is Easy. Liking? Not so Much

Of course I love my son. However, I find it nearly impossible to like him sometimes. If you’re a parent (and honest), you’ve been through this, too — times when you look at your child and wonder what the hell you’re going to do to survive the next 10-15 years. The next 10-15 minutes.

I was going through one of these unlikable times recently. Then one evening as I tucked my 5-year-old in bed, I thought about how much I treasure this particular part of being a parent — this brief but precious moment of connectedness. It reminded me that in merely surviving between crises, I had neglected to focus on what I enjoy about being a dad…and what I like about my son.

So as an exercise in restoring some sanity and peace to my head and household, I spent some time considering the best parts of being this boy’s dad. And instead of attempting to churn out a long, impressive list, I picked a few to mull, ponder, and let sink in.

Here are five things I like about my kid: 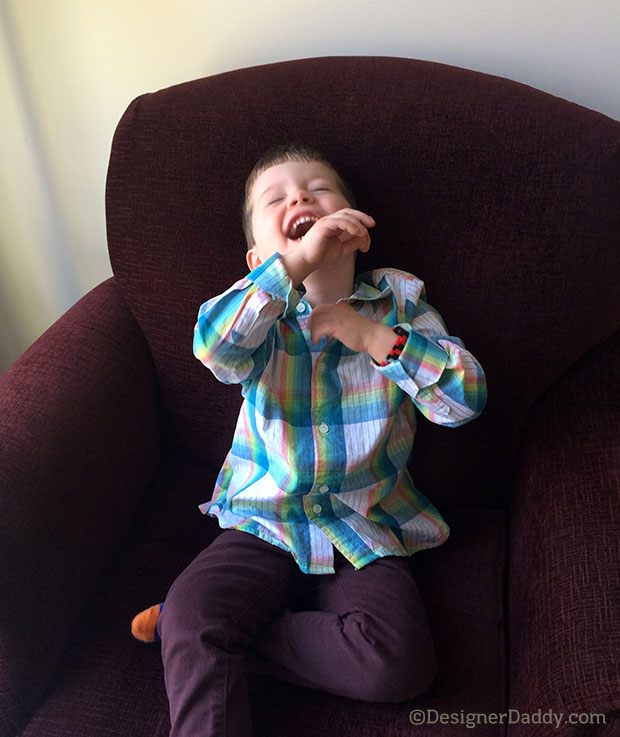 Whether it’s from dad-initiated tickles or self-initiated silliness, my son’s laughter never ceases to warm my soul. I’ve always loved it. But especially now, as growing pains or clashes or independence-exercising are becoming more frequent. His unbridled laughter creates a vortex that wrests any stress from the room, leaving only the joy of being a family.

On Inside the Actor’s Studio, the episodes end with the guest answering a questionnaire. More often than not, when asked what their favorite sound is, the actors answer, “children’s laughter.” As corny as that sounded pre-parenthood, it couldn’t ring any truer now. Perhaps it’s because of all the sounds children can and do make, when it’s laughter, it’s such a relief. Or maybe it reminds me what it’s like to be unencumbered with over-thought. Or perhaps hearing my child happy instinctively makes me happy — that in the midst of a giggle, everything is right and good.
. 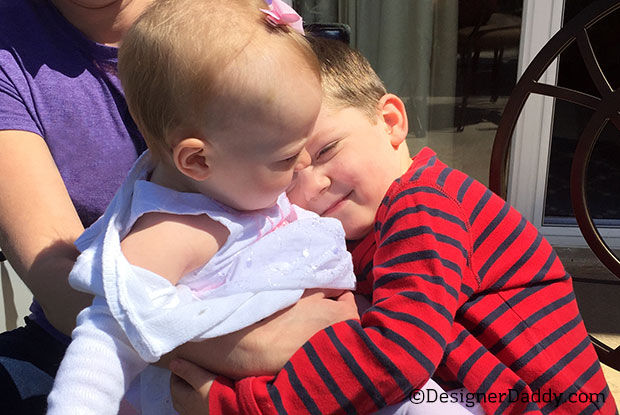 Is there anything better than a hug from your kid? Not in my experience. Yet beyond having my own personal hugging half-pint, I adore that my son is a Hugger with a capital H. He hugs all, all the time, any chance he gets. So yes, he’s had to learn about boundaries; because yes, some kids don’t like to kiss or hug. That’s been a hard lesson to learn — for us both. Luckily he still has friends who are fellow Huggers. They’re the ones that — during preschool pickup, on our journey from classroom to car — if their paths cross will run and embrace as if they hadn’t seen one another in decades, instead of minutes.

Apparently, sadly, hugging’s not allowed in kindergarten. So we continue to have the conversation that if you have a friend that doesn’t want to hug, that’s okay. You can be friends in other ways. And I continue to remind Jon that he can always get as many hugs as he wants from Papa and me. We then go through the list of everyone else that always has hugs for him: Grandma and Grandpa, Nonna and Nonno, aunts and uncles and cousins, Cordi (the dog) and Beary (the teddy bear), to name a few. Luckiest list ever.
.

Whether he’s playing make-believe, regaling the details of a dream, explaining a drawing — my boy’s imagination is always cranked up to 11.

There was a time when I fretted he wasn’t as good an artist as the crayon prodigy with the cubby next to his, but I’ve gotten over that. Now, to me, it’s more of a thrill to not immediately know what I’m seeing. T-Rex or rocket ship? Ninja or kitty cat? It matters not. What matters is my lucky front row seat to the inner workings of his always-active mind.

Another wonder is watching Jon set up the plot for a session of play. Certainly I see the seeds of superhero and Star Wars I’ve planted regularly in his noggin since birth. But the elaborateness, the detail, the sheer epicness of his scenarios — those are all him.

Life as his dad is an adventure of which I never tire… Okay, that’s not true — sometimes I’m very tired. Yet it is always fun to watch.
. 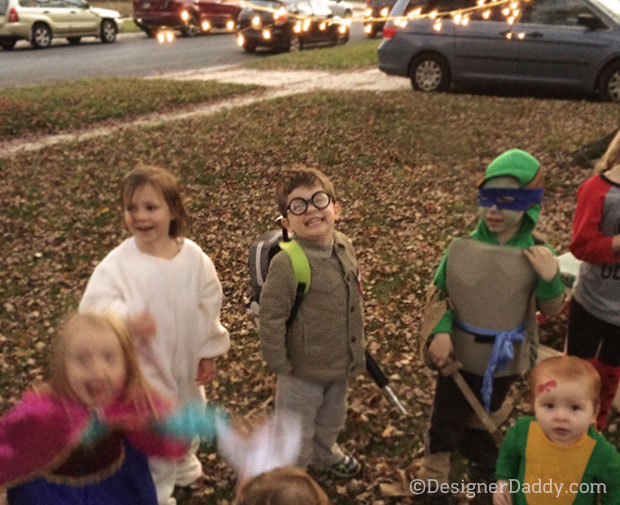 As an infant, Jon could work a room or melt a heart with just his big, blue eyes and a bit of drool. Now his arsenal includes the aforementioned infectious laugh, endless hugs, and a mind always imagining ways to make an impression. I can’t recall a time or situation Jon hasn’t been able to make a fast friend.

As one who grew up on the introverted end of the social scale, I marvel at my son’s outgoing talents: He’s leader, idea man, and instigator. He’s scene-setter (and stealer) and shot-caller. His confidence and swagger knows no bounds, yet still (most of the time) his friendliness shines through.

“Making new friends” is one of the few items NOT on my Things to Worry About for Kindergarten list.
.

His fear of the dark (sort of)

Jon was fearless and impervious all through toddlerdom. So it was unnerving, when, several weeks ago he began expressing a fear of the dark, having scary thoughts, or hesitancy to go certain places in the house alone. I’ve heard this is normal for kids this age, as he becomes more aware, more in tune with the things going into his brain. Per number 3 above, he’s always had a great imagination… now I suppose it’s catching up to him.

So now, after PJs, tooth-brushing and story time, several minutes of back-patting have been tacked on to the bedtime ritual. This brings me back to what inspired this list — these few minutes of nearly still, non-verbal bonding between parent and child.

My growing boy snuggles small under his covers, lying on his side facing me. As I begin to rub and pat his back, with one arm he cuddles his blanket and Ugly Doll Batman. With the other he reaches over and places his hand on my arm; sometimes still, sometimes patting along with my rhythm; then absentmindedly stroking my arm until he lulls himself to sleep.

So sweet, such tenderness. I smile to myself, recalling memories of his infancy; and basking in this exchange before it too, becomes fond, but distant memory.

I hope to revisit this from time-to-time. Perhaps updating it, swapping things in and out. Or just meditating on one or two things on the list. Whatever it takes reconnect with why I love being this little boy’s dad, and to remember that sometimes I really do like him, too.

Can you think of 5 things you like about your kids? If you make your own list, I’d love to read it — share it in the comments.

For more chit-chat about children (and superheroes and pop culture and other fun stuff), visit and like Designer Daddy on Facebook!

8 responses to “Loving Your Kid Is Easy. Liking? Not so Much”