I can’t believe it’s finally here… my last state magnet post commemorating the progression of same-sex marriage across the United States! For those of you just joining this odd journey and wondering why the heck I chose this method to mark the march of progress, you can poke around these posts. Or just go with it.

I’d done a little prep work asking for magnets from the hold-out remaining states, so was a tiny bit ahead of the game. Then I went and got sick, laid up for a couple of days. I was sleeping when the Supreme Court announced their ruling, but eventually got a spark of inspiration and took my son on a spur-of-the-moment field trip to SCOTUS (more about that trip in a future post). Which is why I’m just now getting around to this.

From the moment SCOTUS’ ruling was read this morning, I started getting messages and texts along the lines of, “Now you gotta find a magnet for the whole USA!”

I thought about it, but quickly decided against it. While the state governments (and quite a few of the citizens) of Alabama, Arkansas, Georgia, Kansas, Kentucky, Louisiana, Michigan, Missouri, Mississippi, North Dakota, Nebraska, Ohio, South Dakota, Tennessee and Texas deserve to have their noses rubbed in this victory, those couples waiting and hoping and fighting to get married in those states do not. They deserve their own day — their own magnetic moment in the sun, as it were.

So without further fanfare, the remaining state magnets… 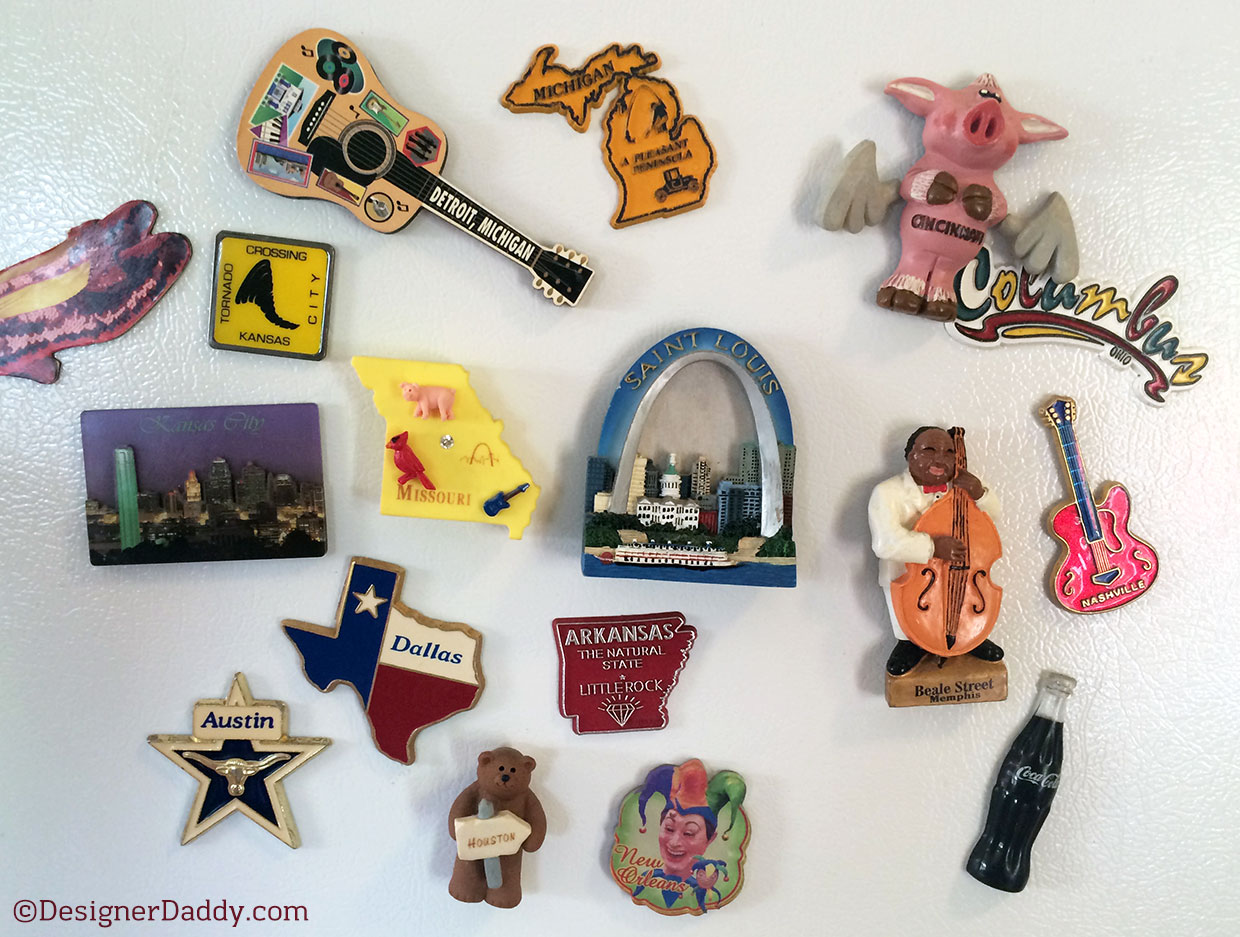 The best part of this whole magnetic undertaking has been the participation from friends, family, readers, and quite a few friends-of-friends-who-just-want-to-help. Here are the magnets sent in by you wonderful folks out there… 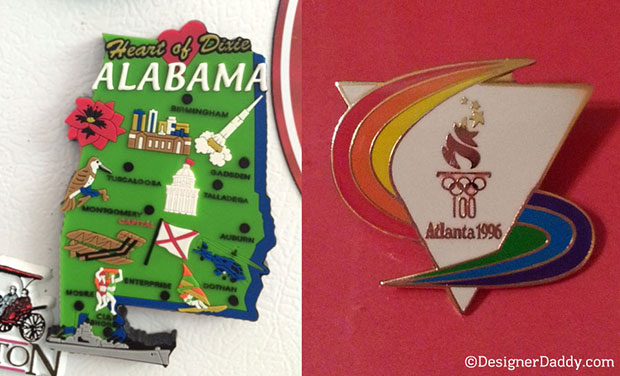 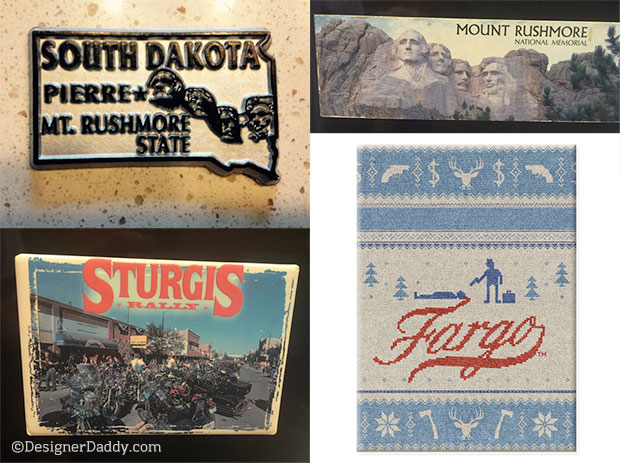 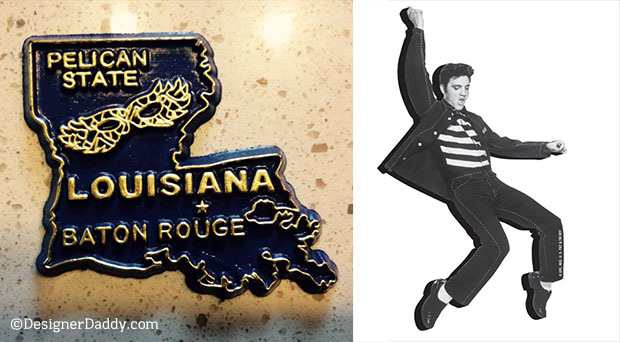 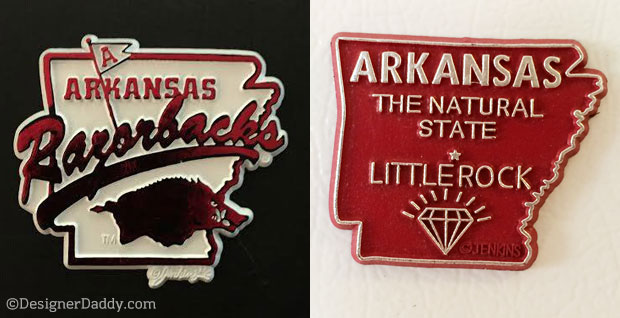 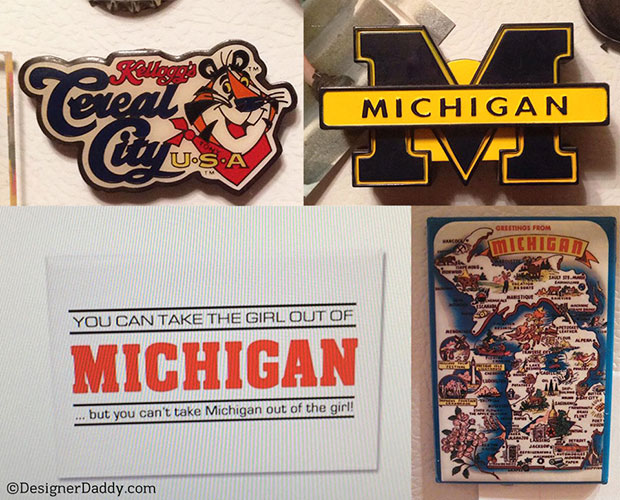 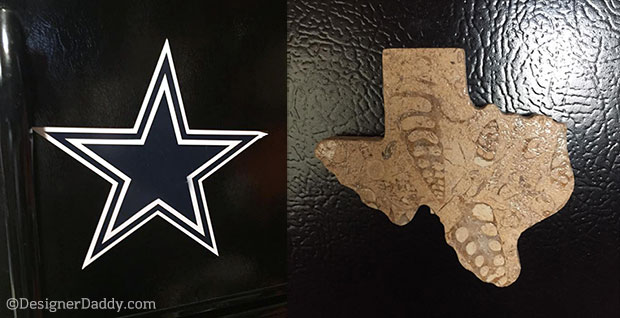 EPILOGUE: As I mentioned earlier, I’d decided not to post a magnet for the entire country today (in lieu of the individual remaining states). But then during our trip to the Supreme Court building today, Jon and I went into the gift shop. When I saw the display of magnets featuring the seal of the Supreme Court of the United States and miniature versions of the Constitution, I wept. And then I bought them and put them on my fridge. 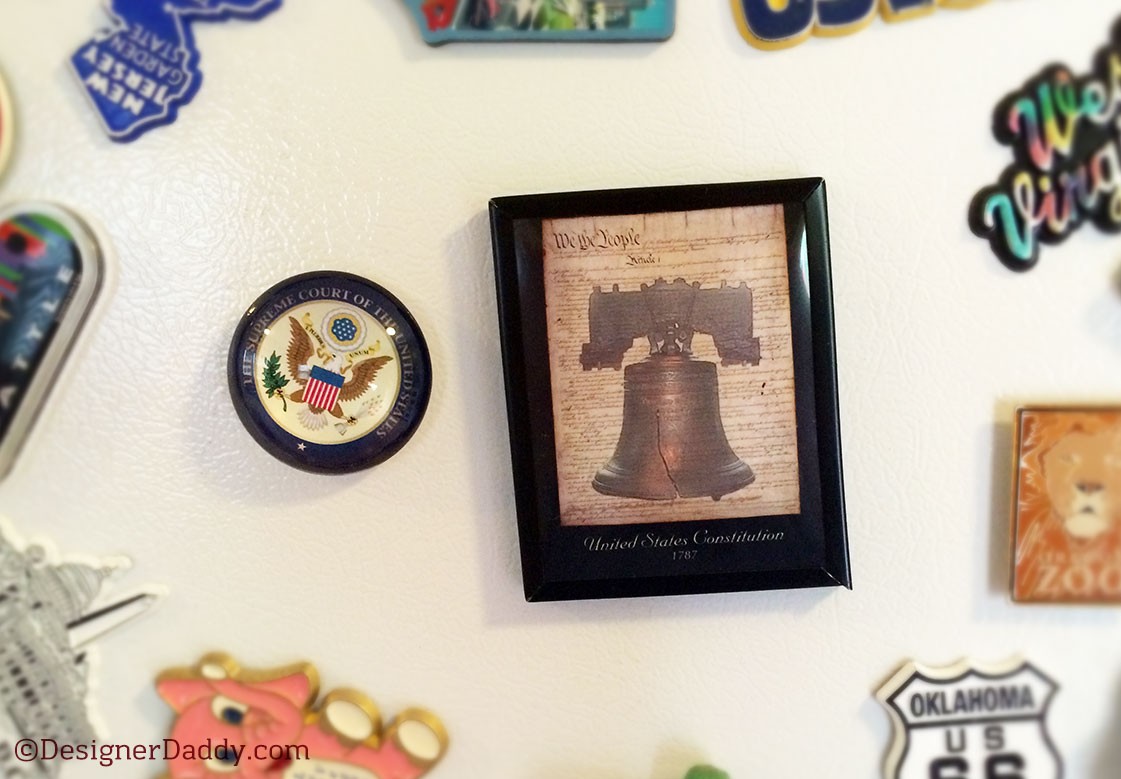 Thank you for joining along on this quirky excursion. I truly appreciate each and every one of you and your support. You can now stop sending me magnets.

4 responses to “Fridge Wisdom: Same-Sex Marriage in the United States!”