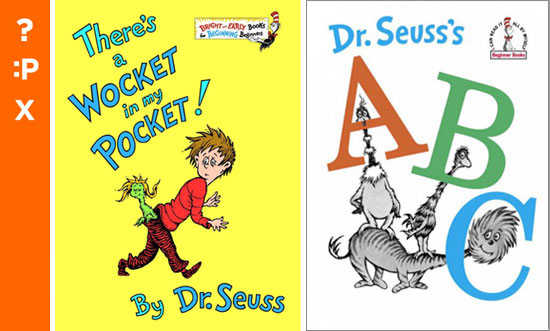 Why they’re so annoying: I’m tired and I don’t want to read a fuzzlebucking bunch of fake words.

Dr. Seuss has plenty of great books, some of which make excellent bedtime stories. Yet we all know Seuss loves to throw a fake word or two into the mix. In moderation, this is fine. But a whole book overflowing with nonsense words and phrases? No thank you. I have neither the time nor the energy for that gollyblammit bullshippery.

is also full of a bunch of made up words, but at least you’re teaching your kid about Star Wars. 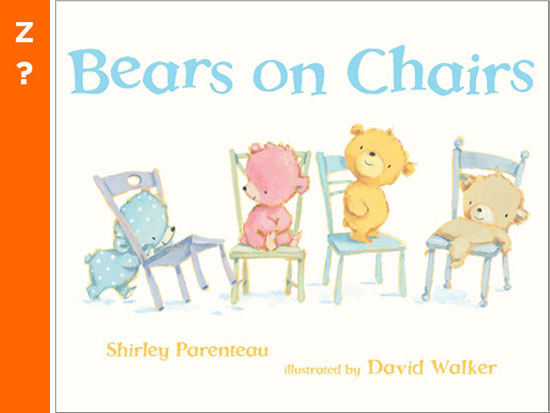 Why it’s so annoying: SO. MUCH. REPETITION.

Your mind grows numb from the droning similarity of every line, which in turn affects your ability to speak, then your ability to see. You end up drooling and delirious, repeating “bear, chair, there, share” for 12 more pages, hoping your child doesn’t notice your eyes are now closed.

Alternate selections: You can’t beat The Gruffalo for great rhyming stories. If that’s too spooky for wee ones, make up your own story and let your child try rhymes for different words you use. Interactive, educational, and sure to be more creative than many kids’ books. 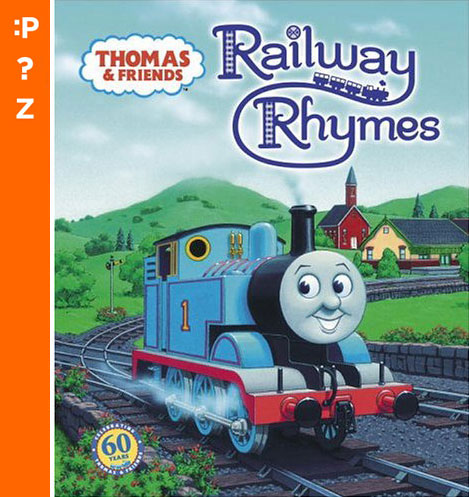 Why it’s so annoying: Long lines of rhyme in a too-huge anthology of lame.

Sorry, I just don’t get Thomas. I get the allure of trains, just not the loopy lot on the Island of Sodor. Most of my loathing stems from the sappy TV show (though I do chuckle when I hear George Carlin narrating), but at least then I can occupy my mind with something else while my child watches. Reading this entirely too-thick book about Thomas is a mental train wreck waiting to happen. The rhymes are long and clumsy, tripping off the tongue with all the elegance of a derailed boxcar full of rocks.

A sample passage:
Trevor was old and one day he was sold for scrap, which made him quite sad.
Thomas wasn’t amused. He thought Trevor ill-used, and this made Thomas mad.
But then Thomas thought, “I know help is sought at the Vicar’s orchard and farm.”
So Thomas implied Trevor ought to be tried. “He surely can’t do any harm.”

Alternate selection: Every train-loving child needs The Little Engine That Could in his or her library. Short and sweet, optimistic, gets stuff done. 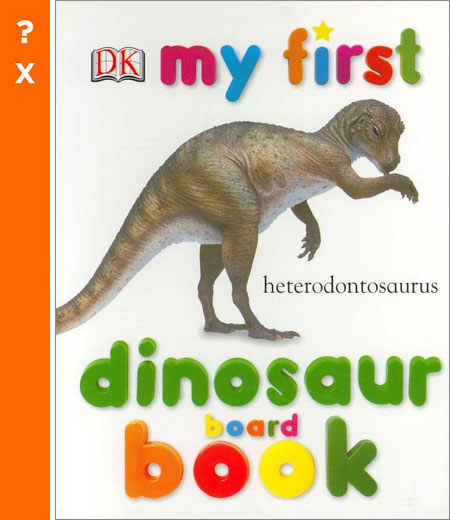 8. MY FIRST DINOSAUR BOARD BOOK

…or any book that asks you to pronounce dinosaur names longer than T-Rex.

Why it’s so annoying: You try to say Coelophysis or Struthiomimus or Metriorhynchus while operating on half your brain cells.

When Jon was younger, Papa and I would “read” this book to our little dinosaur fan, making up gibberish names only slightly resembling the actual pronunciation of these lesser-known dinos. Now that he’s older and more dino-savvy, Jon notices when we’re faking it and scolds us accordingly. So not only does this book make my head hurt from the 15 syllable words, I also get to be reprimanded by my kid. This book is soon to be extinct, methinks.

Alternate selection: Oh, Say Can You Say Di-no-saur? The Cat in the Hat leads readers through his dino-museum, helpfully providing phonetic pronunciations for each creature in his exhibit. Bonus feature: Educational and rhymey! 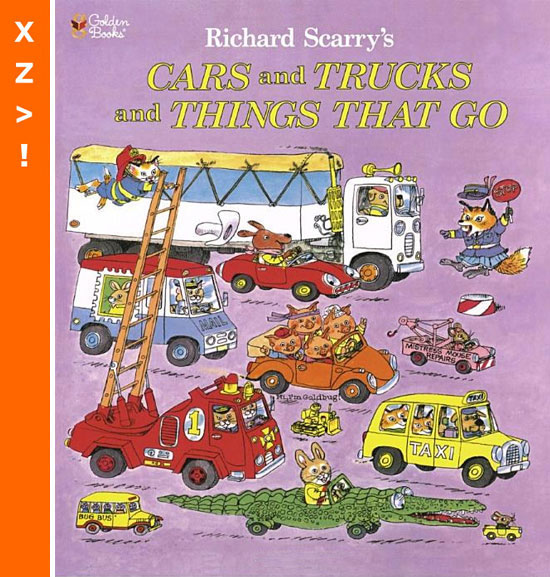 7. RICHARD SCARRY’S CARS AND TRUCKS AND THINGS THAT GO

Why it’s so annoying: I used to like Richard Scarry books as a kid. I recall enjoying their detail and kid-level humor. Yet as with others on this list, this 60+ page epic makes for a crappy bedtime story. Unlike others here, it does have a plot: A family of pigs take a drive and encounters some Armageddon-level traffic. Avalanches, toxic spills, cars shaped like pickles, and military conflicts are all part of their “adventures.” It ends with a 20-car pile-up, where “luckily, no one was badly hurt.” Doesn’t that sound like the perfect way to wind down from your day?

Alternate selection: The Day the Crayons Quit is my favorite book of late. Disgruntled crayons write letters to their owner, leading to the eventual coloring outside the lines, both literally and figuratively. Also great for expanding your repertoire of funny voices. 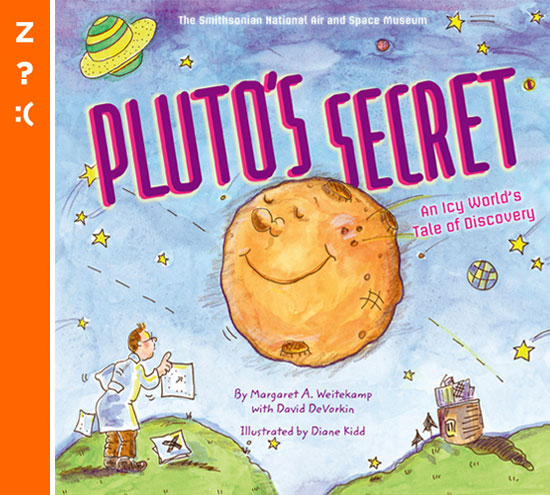 Why it’s so annoying: Science geeks and museum nerds attempt to make a storybook – miss the mark by a few million light years.

This story starts out fine, with whimsical illustrations of the Solar System, images of Pluto dancing with its moons. But by page 8, the short phrases turn into paragraphs, planets with googly eyes are replaced by a drawing of Percival Lowell (whoever the hell that is), and you realize Pluto’s first secret — that this playful storybook is actually a wordy science textbook.

More paragraphs and science-speak and drawings of nerdy people drag the “story” along to reveal Pluto’s other secret — that it’s not really a planet after all, but a chunk of ice that can’t seem to orbit the Sun in a straight line. So… just because he’s a little different, he’s not allowed to be a part of the gang anymore?!? Great message, science!

Alternate selections: Space Boy is an adorable little yarn about a tot’s make-believe adventures into space — save the educational stuff for daylight hours. Or keep things closer to home with Todd Parr’s The Earth Book. Teaches kids how to take care of this planet before blasting off to new ones. 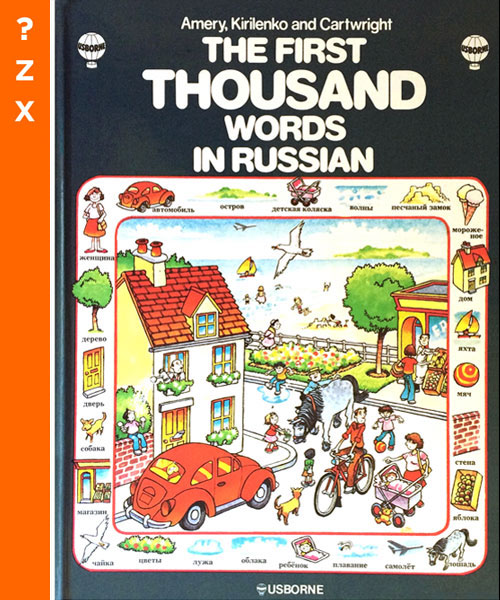 5. THE FIRST THOUSAND WORDS IN RUSSIAN

Why it’s so annoying: You read the title, right?

I don’t remember where or why we got this book. I spent a summer in Russia, so I may have picked it up at some point as a way to work on my vocabulary, or perhaps teach a bit of the language to my future children. However, as a bedtime story it is a big головная боль. A pain in the ишаке. Total дерьмо.

Each spread features an elaborate scene from a zoo, a supermarket, a city block. Each page also features dozens upon dozens of items labeled in Cyrillic and Roman letters…but not in English. This goes on for FIFTY PAGES. And my stalling-for-bedtime kid insists we read them all. Avoiding books like this may have been why the Communists started burning them.

Alternate selection: Expose your child to Russian culture with Peter and the Wolf. Get a version that includes the music and narration and all you have to do is push a button. Bonus feature: plot. 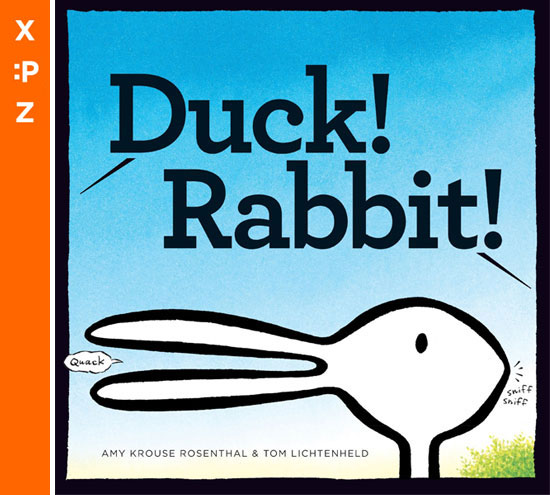 Why it’s so annoying: It’s the same quacking picture on every page.

Also, it’s not a story. It’s not even that much of an optical illusion – which is presumably the entire point of the book. And no one in their right mind is going to see a damn duck. Or was it a rabbit? AUGH!!

Alternate selections: Looking at pictures of actual ducks and/or rabbits, or just staring at a wall. 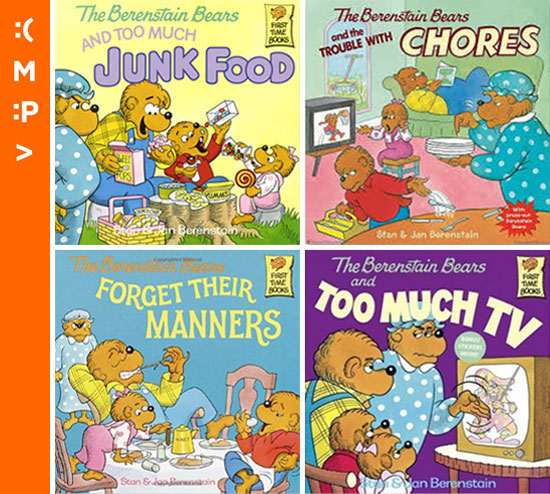 3. THE BERENSTAIN BEARS (any book)

Why they’re so annoying: Strangely drawn, cliché-riddled hillbilly bears — what’s not to love?

According to their website, more than 365 Berenstain Bears books have been published since 1962. That’s a book-a-day for a whole year of Mama, Papa, Brother, Sister, and Honey Boo-Boo Bear (or whatever the baby bear is called).

Even as a kid, I never cared for these books. The characters’ pointy hair-claw-toe things, their weird jagged mouths — they bugged me and were just not cute. As an adult, I’m bothered by the outdated depiction of Papa Bear as the bumbling idiot, the adult child. In too many of their tales, Papa is at the receiving end of Mama’s scolding glare, jutting out from beneath her trendy polka dot nightcap — which she wears even during the day. <shudder>

Alternate selection: The Bear’s Song is a gorgeously illustrated tale of a runaway bear cub, whose Papa chases after him through forests and busy city streets. It ends with a sweet father/son bonding moment atop an opera house and a midnight snack of honey. 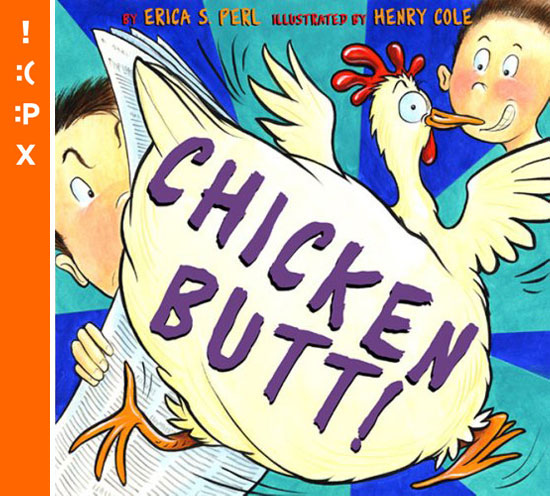 Why it’s so annoying: Teaching your 2-year-old the “You know what?”-“What?”-“Chicken butt!” gag is kind of cute. When he’s 5 and says it to his teacher or to Grandma, it is decidedly not cute.

And whaddayaknow — there’s a book version, too! I bought it during that cute phase, but now I want to bang it over my own head every time Jon unshelves it. At first glance it looks like it would be a quick read — but that’s before you factor in your child falling over laughing every time you say “butt.” Which is 21 times, by the way.

Alternate selection: The Stinky Cheese Man and Other Fairly Stupid Tales satisfies the craving for a little rude humor, as well as being cleverly written and gorgeously illustrated. 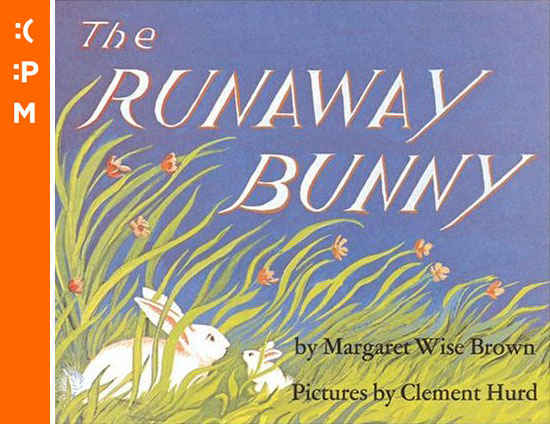 Why it’s so annoying: Predating Fatal Attraction by 45 years, this tale of relentless pursuit may have inspired the bunny-as-stalker symbolism that brought the 1987 film to a boil.

If you’re not familiar, this classic children’s book (from the author of Goodnight Moon) is about a little bunny who decides to run away from his mother. Mamma Bunny then regales him with all the ways she would thwart his plans, dragging him home from every imagined scenario. Researching other reviews, I’m not alone in thinking Mamma Bunny gives off a distinct codependent vibe.

Helicopter parenting aside, the greater annoyance was receiving this as a gift at our son’s first birthday party. We were still very new fathers, struggling at times to reconcile our desire to honor Jon’s birthmother while bonding with and claiming him as our own. A story about a little boy running away from him mother, who then chases him to the ends of the Earth, saying she’ll never let him go? REGIFTED.

Alternate selections: Author Margaret Wise Brown’s Goodnight Moon has many detractors for being too weird, but it does make for a soothing — albeit Lynchian — bedtime story. But my top pick is Guess How Much I Love You, which portrays a father’s relentless love for his baby bunny, without resorting to overprotective creepiness.

NOW IT’S YOUR TURN! Share your most-loathed bedtime books in the comments, or yell at me if you disagree with my choices.

DISCLAIMER: My sincerest apologies to the authors and illustrators of these books. In the right context (i.e., not bedtime), I’m sure these are perfectly tolerable wonderful.

All of these annoying bedtime books are from my son’s bookshelf, unless otherwise noted… and until I get around to getting rid of them.