Where Do Gay Dads Fit into ‘Amazon Mom’? 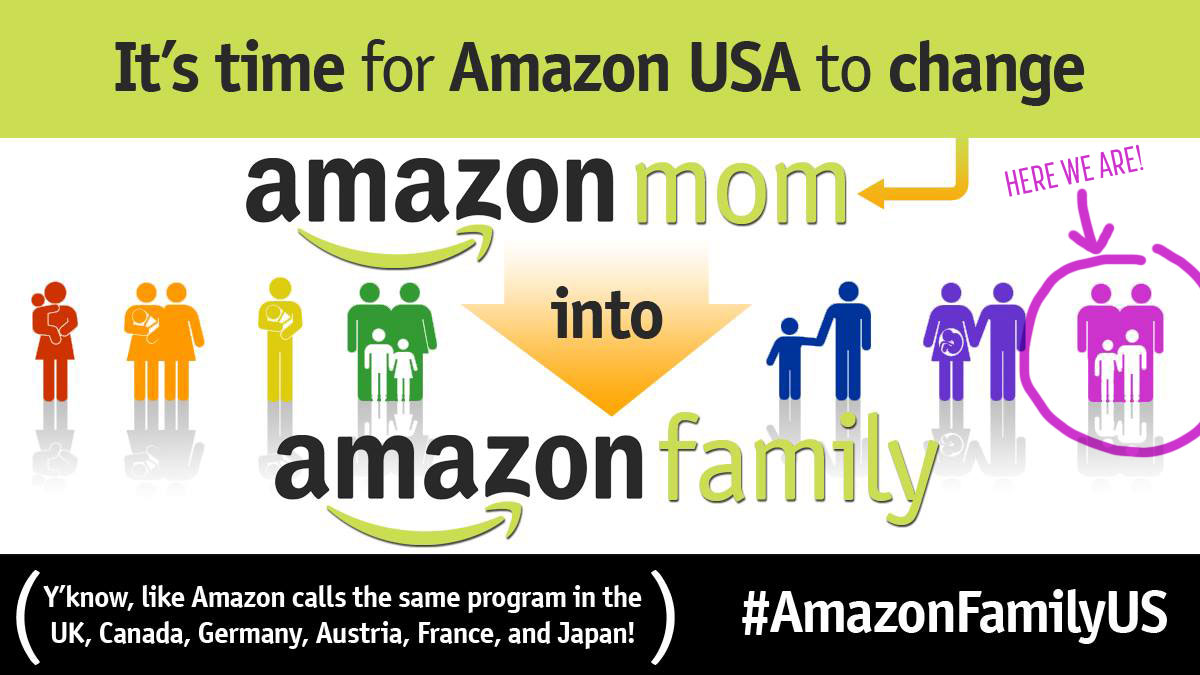 Everyone knows that The Gays love to shop. OK, maybe not all gays, but certainly a healthy percentage do. Stereotypes carry a measure of truth, after all.

Gay dads are no different. We still spend a lot of money on clothes, appliances and travel, it’s just that those clothes are now Onesies, the appliances are now Diaper Genies, and the travel is now to Disney World.

And just like the rest of the modern world, we do a ton of shopping on Amazon.

I’ve long been a subscriber to Amazon Prime, their frequent-shopper discount program. Then when Papa and I started stocking up for impending parenthood, Amazon began sending us emails and peppering us with ads about their family-focused program, Amazon Mom.

Being a two-dad family, it was a little annoying to see yet one more thing that made us feel invisible. However, we were still jumping through hoops to complete our adoption, and advocating in our home state to legalize same-sex marriage. We had more important battles to wage.

Then a few years ago a stay-at-home dad named Jeffrey Harrington started a Change.org petition to get Amazon Mom changed to Amazon Family. It turns out that the exact same program that offers sweet deals on formula and diapers is already called Amazon Family in countries like Canada, the UK, Germany, Austria, France, and Japan.

Is the U.S. really that backward that Amazon couldn’t turn a profit with a program that’s more inclusive and progressive? Naming it Amazon Family supports the idea that parents are the ones that change, feed, nurture, shelter, and shop for their children — not only moms. Naming it Amazon Family reflects that the gender imbalance in parenting is slowly but surely evening out. And it reflects that not all families even have a mom.

The petition was started a while ago, so why the big fuss now? Because my friend Oren Miller — a fellow dad blogger, an avid supporter of this cause, and a deeply committed straight ally — died last week after a grueling battle with cancer. He was a stay-at-home father of two young children, and was a mere 42 years old.

So I’m taking up his cause, and making it my own. And you should, too.

Amazon usually knows better. They already have substantial non-discrimination policies in place, and offer full benefits for same-sex partners of their employees, scoring a 90 on the HRC Corporate Equality Index. Let’s remind them of their already strong track record.

Since Oren’s death, the petition has added nearly 2,000 signatures, and the hash tag #AmazonFamilyUS is trending on Twitter.

Please add your name to the petition, add your voice on Twitter and other social media, and help get Amazon’s attention so we can all get back to shopping — as one big, happy, gay family.

Don’t miss a single exciting, funny, tear-jerky, sarcastic post from Designer Daddy! Fill out the “SUBSCRIBE” thingy up at the top of the page, or stop by Designer Daddy’s Facebook page for some off-the-cuff convos.

31 responses to “Where Do Gay Dads Fit into ‘Amazon Mom’?”