Dad Brag: The Eye of the Tiny Tiger

Though I don’t dump much of it here, a lot of what I feel and think about my parenting lately tends to be whiny, worrisome and negative. In an effort to counteract that — both in myself and in my attitudes toward my son — I’m making a concerted effort to focus on the positive, particularly what makes me proud.

My inaugural Dad Brag is about Jon’s adventures in Taekwondo. About a year ago we attended a classmate’s birthday party at a local martial arts studio, and it should have come as no surprise that our energetic then 4-year-old took to it like a duck to Kung Fu.

We enrolled him in the Tiny Tigers class a few months later, and have since watched him flourish under the unimaginably patient tutelage of the instructors. You can feel the energy pouring off of him as he runs laps at the start of class, a telltale sparkle in his eye. And nothing warms my heart more than him completing a task successfully, turning back towards me and giving me a thumbs up, awaiting my reciprocation. 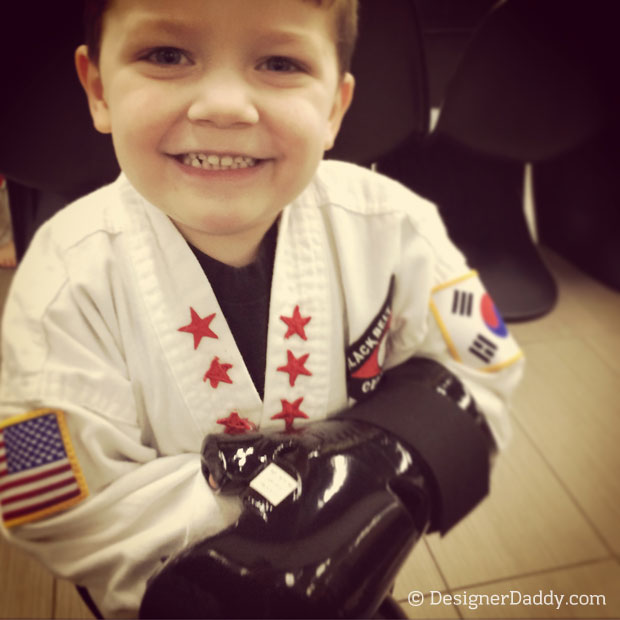 I take him on Thursday nights, Papa takes him on Saturday mornings, and at the end of January he graduated to Little Dragons — now sporting a cool cammo-patterned white belt as he learns alongside a group mostly older than him. And yet he already longs to advance further, admiring the older kids’ skills as he waits for his class to begin. 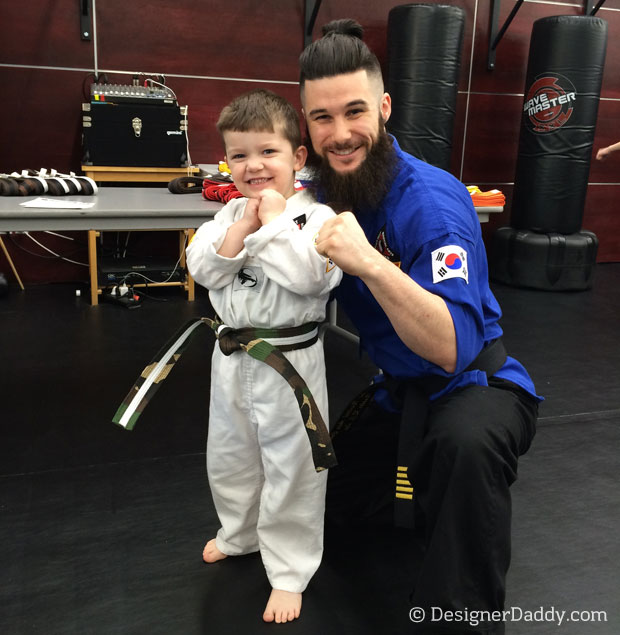 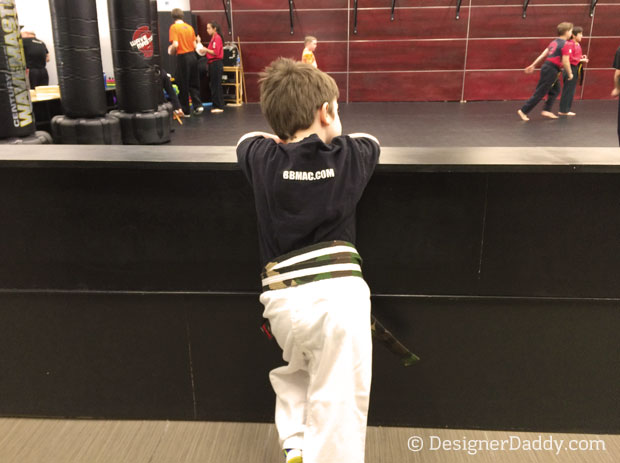 One Saturday morning, the mom of the other “John” in the class asked Papa if our Jon had older brothers. Answering no, Papa asked why. She replied that he looks like he’s having so much fun all the time — that surely he must have a houseful of older brothers where there is never a dull moment. Papa told her that what he did have was two fathers, to which she smiled and responded, “Well that must be why!”

I don’t know that Jon’s oftentimes tired, old dads can take much credit for his boundless enthusiasm, but in the right setting and mixed with some focus and padded floors, it’s a sight to behold.
.

Feel free to brag about your own kids (or yourself) in the comments!

Sign up by email (top right of this page) so you don’t miss any Designer Daddy posts, or come hang out with Designer Daddy’s on Facebook!

5 responses to “Dad Brag: The Eye of the Tiny Tiger”