My 5-Year-Old Sums Up the Oscar-Nominated Films

I used to be all about the Oscars. The joke about them being the gay Super Bowl? I was more than happy to perpetuate that stereotype. For several years, Papa was in charge of the Oscar pool at his law firm — I was banned from participating after winning 2 years in a row. And as a couple, we took great pride in seeing every nominated film prior to the Oscars ceremony — sometimes even prior to the nominations being announced.

However, with the onset of parenthood, our movie-going habits declined substantially. And they certainly don’t include any Best Picture nominees. Nowadays, we either take Jon to see the latest kids’ movies, or we spend a rare date night seeing a sci-fi or superhero blockbuster — something that will keep us awake during our few hours of childlessness.

A few years back, I employed Jon’s help to recreate each of that year’s nominees. Seeing as he’s not as agreeable/posable as he was then, I instead just asked him to sum up all of the Best Picture nominees based solely on the name and poster for the movie — which is pretty much all I have to go on.

Without further ado, heretofore and whenceforth… I present to you, this year’s Oscar nominees for Best Picture, as summarized by my 5-year-old: 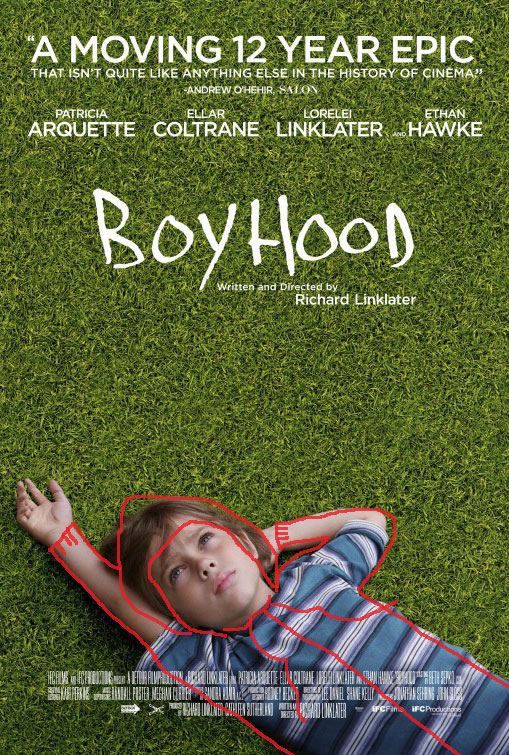 It’s about a boy wearing a hoodie. Laying in the grass. 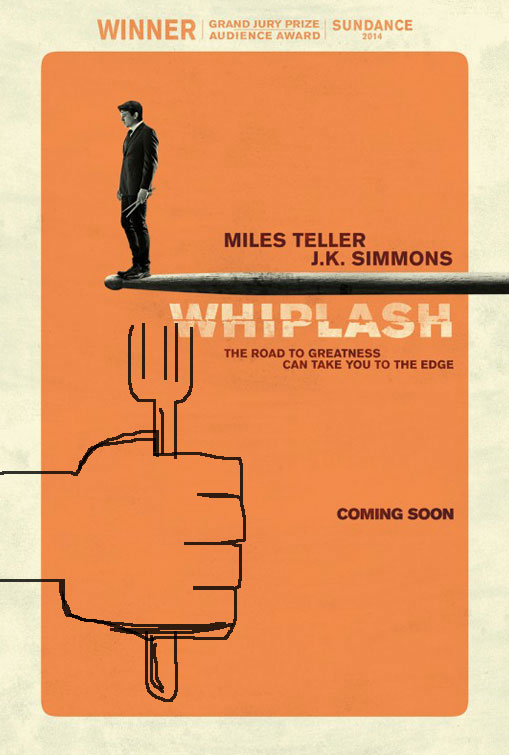 A guy is standing on a pole.

Me: I think that’s a drumstick. 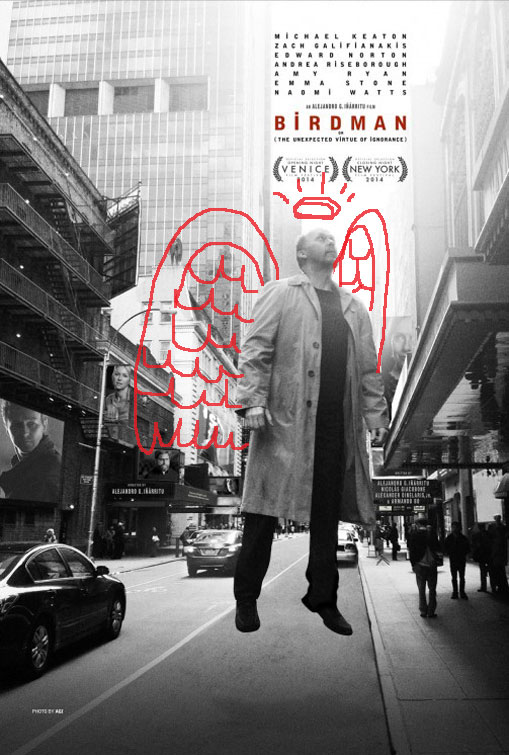 A man having a bird. As a pet. Or maybe he crashes into a building and then becomes a bird. 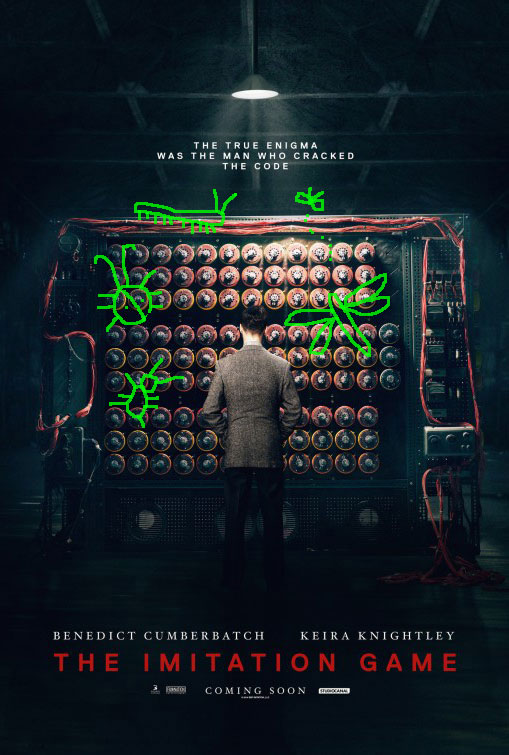 I explain that “imitation” means “to copy”

There’s a guy playing a game and he copies another guy. He wins.

Me: Are you supposed to copy people? Jon: No!

Me: Why not?  Jon: Because… (Notices the background of the poster) …what are those things? (Answering his own question) I think they’re bug things.

Me: What do you mean?

There are bugs inside of them. Copying is a bad thing. 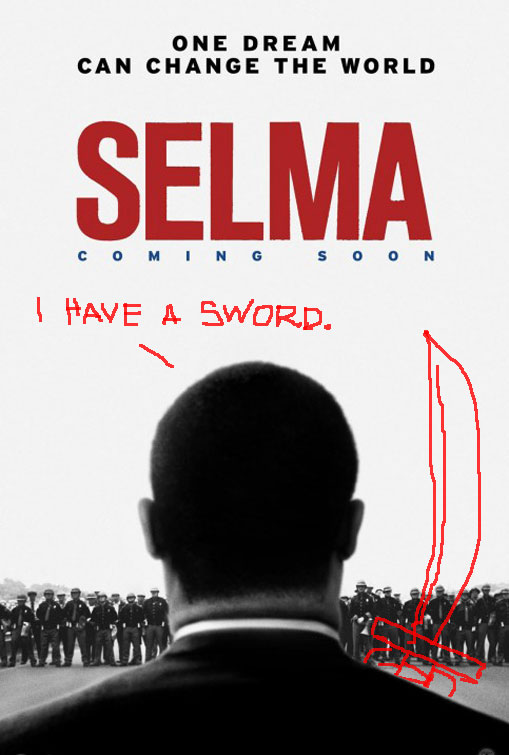 Is the man Selma?

Me: What do you think is happening in the poster?

All the people try to fight Selma. He winned… because he had a sword. 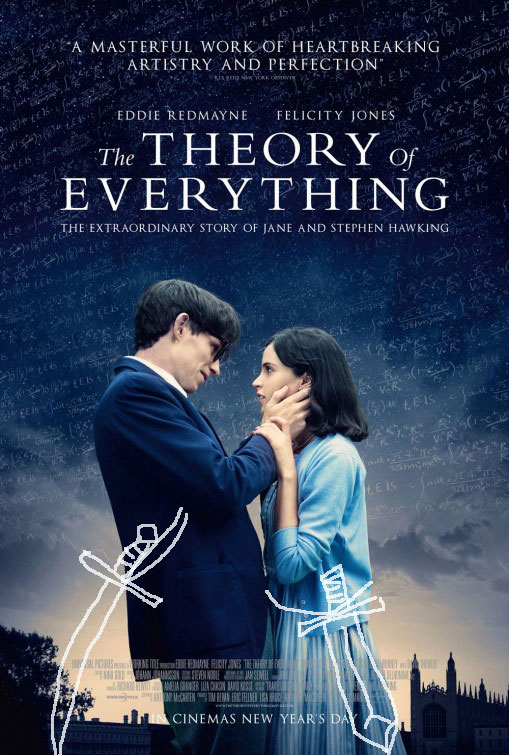 THE THEORY OF EVERYTHING

I think they will fight.

Me: How are they gonna fight?

(Enough with the swords, dude.) 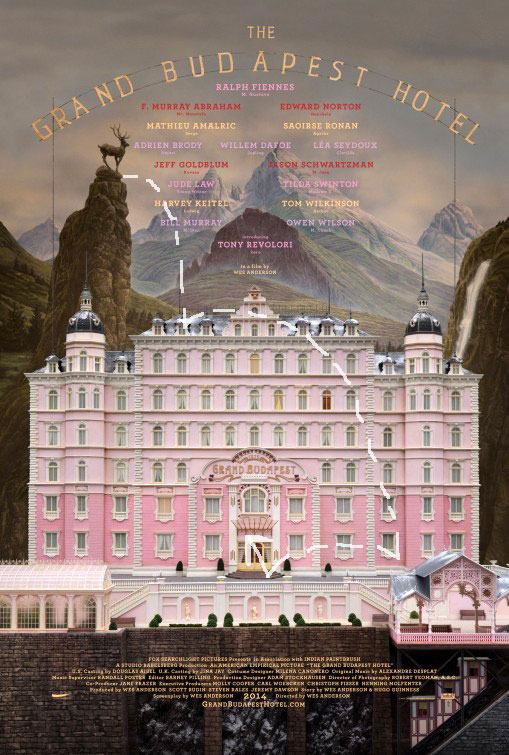 There’s a moose! And a hotel. It’s pink.

Me: What happens in the hotel?

The moose jumps on it, then gets inside the hotel. Then he runs around, and everybody is running every direction and screaming, because they’re scared of the moose. 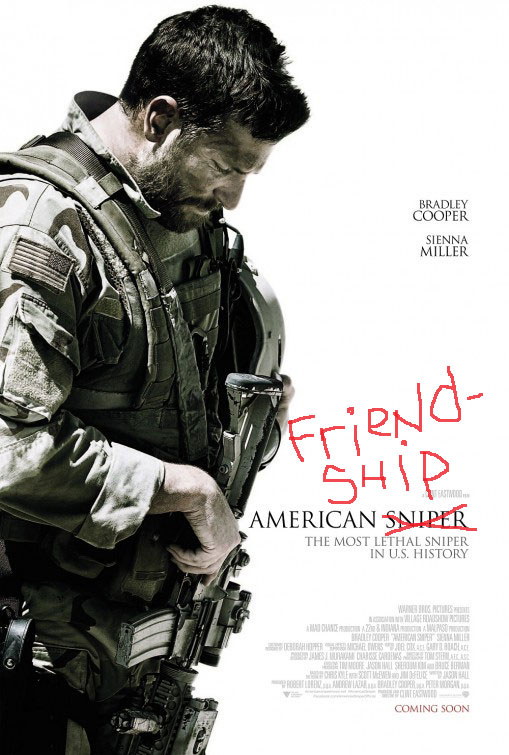 A guy is a soldier and he fights bag guys with a gun.

Me: Does he look happy or sad?

(I ask him what he thinks “sniper” means.)

(I think I’ll let him think that for a bit longer.)

Based on Jon’s descriptions, which film do you think should win Best Picture?

Be sure and subscribe to Designer Daddy so you don’t miss a post! (It’s the big thing up top that says “SUBSCRIBE”) Or hop on over to the Designer Daddy Facebook page for all sorts of off-the-cuff chatting and other shenanigans.