For example, Disney’s most recent juggernaut, Frozen, was the first film Jon ever saw in the theater. He loved the movie and had the soundtrack memorized. Yet by the end of his first year of preschool, he’d declared it “boring” because it “was about girls.” But as we watched Mermaid, he jumped up during “Under the Sea” and exclaimed, “This is my favorite song!”  So I knew we were in good shape.

But then Papa came down with “the fever” (as Jon described it to everyone we met that evening), so it was just me and my antsy, energetic, easily-bored-or-distracted boy. I reminded him as we pulled into the parking lot the rules of seeing a play: stay in your seat, clap after all of the songs, no talking. I was fully prepared to leave if he got too disruptive or bored, but I needn’t have worried.

From the moment the show began, the vibrant images and colors of the lighting, sets and costumes pulled us in and held our attention. The inventiveness of the production was fun for Jon and I to point out (“Look how they’re making the waves!” “Daddy, those fish are wearing roller skates!”) And while the story was very (recently) familiar, seeing and hearing it on stage was vastly more exciting. 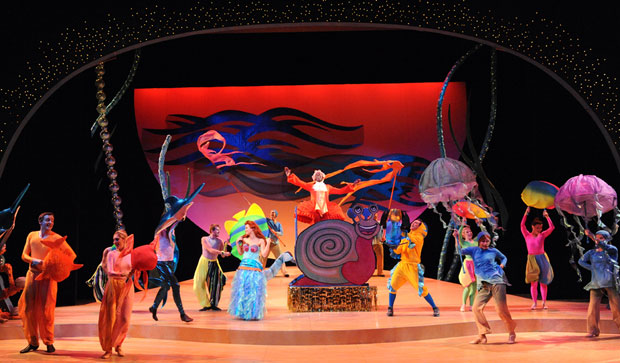 The acting and singing were all superb. Standouts included Lara Zinn as the graceful and independent Ariel, Nicholas Ward as the booming King Triton, and Clark Young as the annoying yet endearing Scuttle the seagull. Troy Hopper as Sebastian the crab was Jon’s favorite, and he really shone in his musical numbers. And not surprisingly, two-time Helen Hayes Award recipient Donna Migliaccio stole the show as Sea Witch Ursula — at times even upstaging the original film role voiced by Pat Carroll.

Jon’s review can be summed up in a few observations: 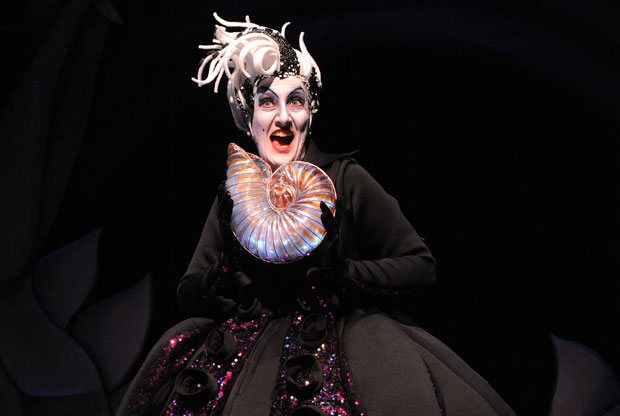 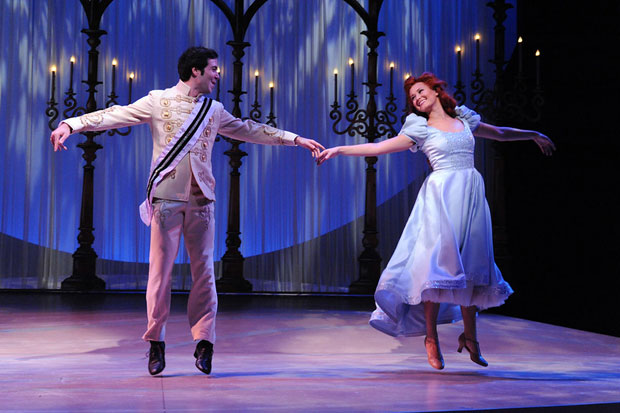 [Disclaimer: I received complimentary tickets to the show in exchange for this review. Regardless, I only recommend products, services or events I use or experience personally, and that I believe my readers will enjoy. All opinions are mine and/or Jon’s.]

5 responses to “Disney’s The Little Mermaid: Not Just for Girls”