It’s hard to wrap my head around it, but in just a few weeks I will be the father of a 5-year-old. The time seems to have raced past (oftentimes knocking me on my ass), but of course for our little big boy, it can’t go fast enough. Ever since Jon understood he was a certain number and that there were other numbers higher than his, he’s longed to be higher, bigger, older, faster… and just all around more. As if that were even possible.

Yet as he’s gotten closer to his quinquennial anniversary on Earth, the plans Jon has made for when that day arrives have grown more specific, more elaborate, and good god, more frequent. So between now and his birthday, I’ll be randomly posting a sampling of the things our ambitious boy has declared he will do/be/have when he turns five years old. 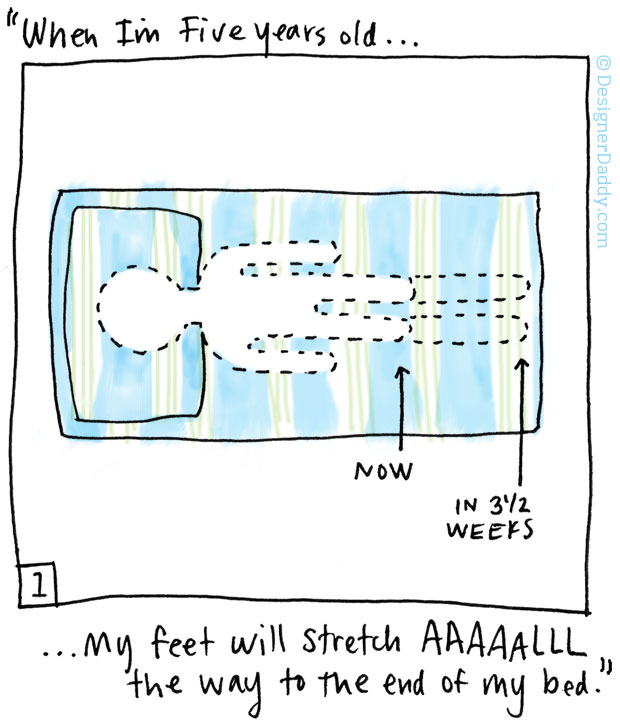