Jon and I met up with Grandma and Grandpa last week for what turned out to be the perfect first concert for my almost five-year old.

I knew a little about The Laurie Berkner Band already, as they had a couple of videos in rotation on Nick, Jr back when Jon was a wee bit wee-er. But I’d resisted delving into the world of kindie music too deeply, and consequently didn’t know much beyond those songs. So when Grandma alerted me to Laurie’s show and asked if we wanted to go, I figured I might as well check it out. I hit up THE dad blogger to know for kindie music hook-ups (Jeff Bogle of Out With The Kids), and he indeed hooked us up. VIP passes, meet the band, floor seats, the works. Juice boxes on me, Jeff!

We set out on the road (it was about an hour drive) and popped in the band’s Best Of CD, and Jon seemed to get into it right away. Lots of fun, folk and country-tinged, kid-friendly tunes about putting animals on your head and eating rutabaga and fish brushing their teeth. It really helped make the horrendous traffic a bit more bearable, and we got there just in time for a quick chat with Laurie and her band backstage! 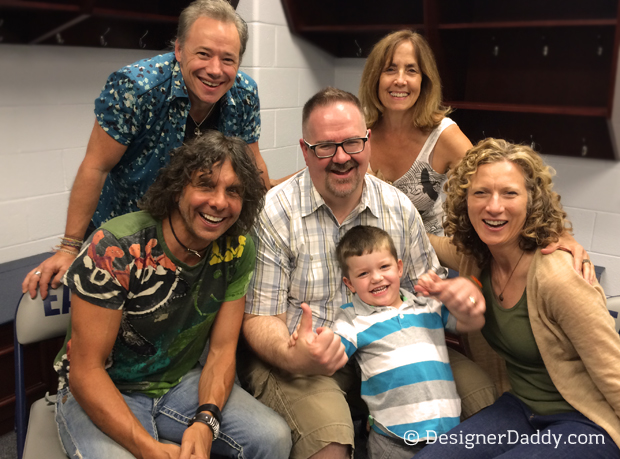 We’re with the band.

Laurie, Susie, Brady and Bobby were very gracious. Jon warmed up to them pretty quickly and in no time was talking Animal with Bobby the drummer. We chatted for about 10 minutes, during which I talked to Laurie about one of their videos we’d seen a lot on Nick Jr., and how much it meant to our family. “My Family” is a sweet, simple tune about how families are made up of all kinds of people, and “when you’re in my heart, you’re in my family.” The video alternates footage of the band with clips of families of all colors, ages and numbers. And tucked in with all the others is a two dad family, kids hoisted on their shoulders, dancing and holding hands. I remember being touched and encouraged every time I saw it, enjoying seeing our family represented and hopeful for our son’s future in his ever-evolving world. And it was such a pleasure to tell Laurie so in person. 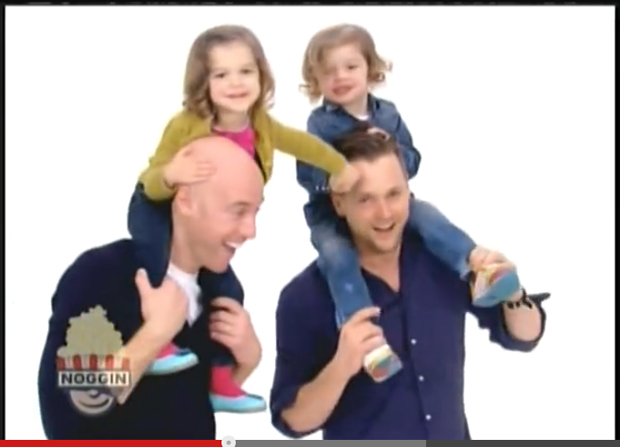 Still from “My Family.” Click photo to watch full video.

But on with the show! As with other new experiences, my usually precocious preschooler was a bit tentative at first. He sat in my lap for the first few songs, mesmerized by the lights, sounds, and people around us. But soon he was clapping along. Then the beach balls came out and he hopped out of my lap onto the floor to get in on the action. And then before I knew it he in front of the stage with a bunch of other kids — singing, dancing, running in place, pretending to swim and the myriad of other activities the lyrics required of its enraptured listeners. 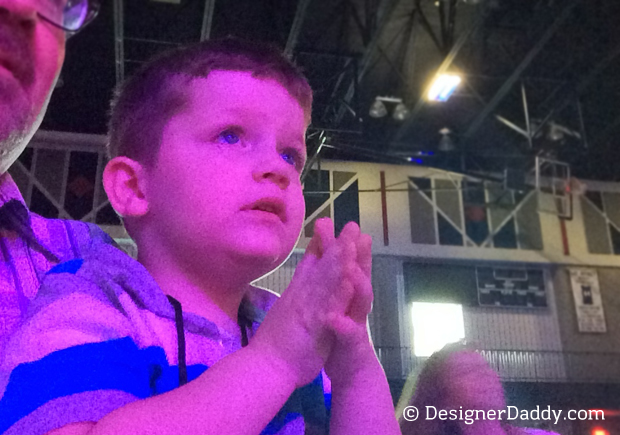 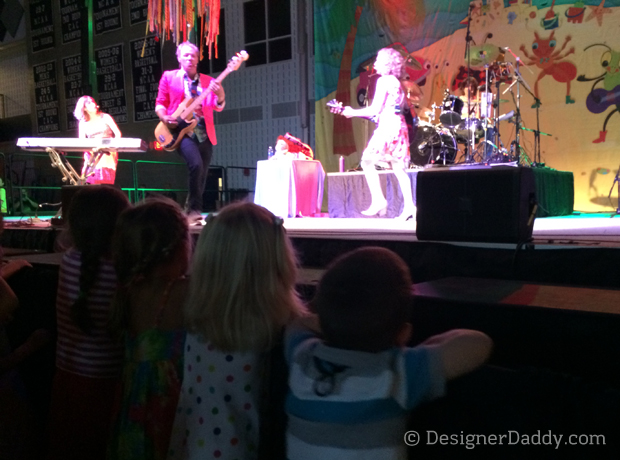 …to front and center.

I mentioned something about the show being perfect as a first concert. The show was such a great way to ease a youngster into an inaugural concert experience. It was fun and energetic without being hyper; it was loud enough to get pulled in, but not so loud as to require earplugs; they had a vibrant, colorful stage and lights without causing sensory overload. And while there was a bit of call-and-response to get the kids hollering at one point, there was never the ear-splitting screaming you might have expected. So all around an incredible first experience for Jon — and a great new band to add to the Daddy Car playlist.

By the time the show was over, Jon was exhausted (his favorite song was one where he had to run in place) and ready to go. I was sure he’d fall asleep as soon as I started the car. But as we pulled onto the freeway to make our journey home, he called from the back seat, “I want to hear the CD again!” 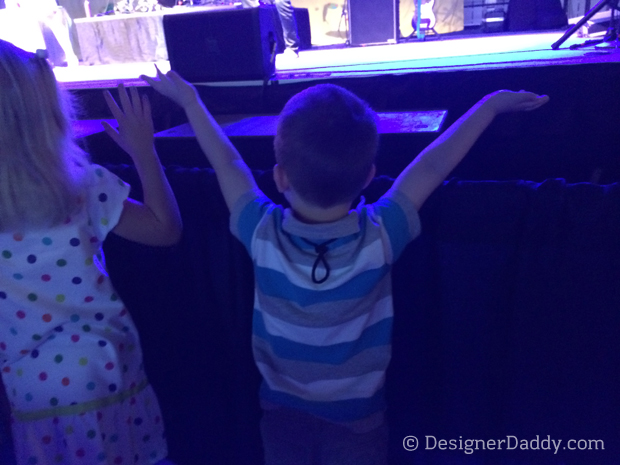 According to their manager, Laurie and the band tour all the time, so check out the dates and locations of their upcoming shows on their web site… and check back often.

Purchase Best of the Laurie Berkner Band! It includes nearly every song we heard in the show, plus a few more.
Jon’s — and my — favorite tracks: “I’m Gonna Catch You,” “Pig On Her Head,” and “Five Days Old.”

[Disclaimer: I received complimentary tickets to the concert in exchange for this post. Regardless, I only recommend products, services or events I use or experience personally, and believe will be good for my readers. All opinions are mine and/or JJ’s.]