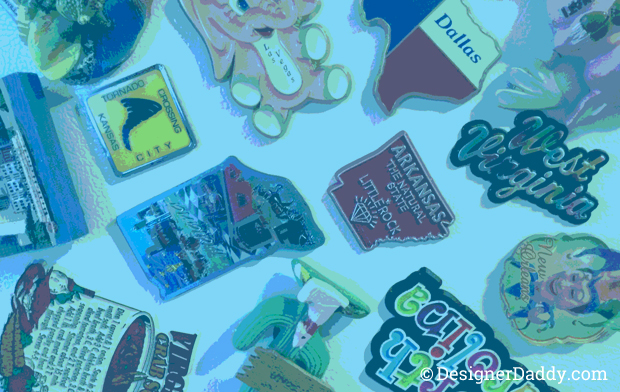 .
I’ve been remiss in my duties as a same-sex marriage magnetic merry-maker. I decided at some point (probably during the whole Utah kerfuffle, or perhaps Indiana flip-flopping) that I wasn’t going to fully celebrate a state legalizing same-sex marriage (with a magnet and blog post) UNTIL IT HAD FULLY LEGALIZED SAME-SEX MARRIAGE. The majority of recent court cases on marriage equality haven’t resulted in immediate (or lasting) positive results. I’m the kind of person that likes to wait to celebrate until the contract has been signed, the keys are in my hand, or the baby is in my arms. I’ve been burned a couple of times from premature revelry, so I’m particularly cautiously optimistic when it comes to this subject.

And it’s admittedly been confusing to keep track. Here’s the tally,** as of this writing:

There are scads of people (my husband included) with more legal knowledge than me, that could use more official terms and offer more detailed explanations. But this is how I explain it to keep my brain from imploding from all the minutia and two-steps-forward-three-steps-backwardness of it all.

One important thing to be gleaned from the current state of same-sex marriage in the United States is that momentum is clearly in our favor. Every single case that has gone before a state court in 2014 has ruled for legalizing marriage equality. Our team’s win column is filled to overflowing.

But I have a bone to pick with “our team” — the LGBT community and our ever-increasing number of hetero allies: Please stop raining on the same-sex marriage parade.

I think back to when DOMA and Prop 8 were overturned, and how momentous that was. The tide had truly turned, of which the sea of red and pink avatars on Facebook was just one manifestation. Eighteen states have brought forth the issue since June 26, 2013; and while most of the earlier ones were clear-cut victories, the majority in 2014 have not been as swift or decisive, and are awaiting further hearings and stays and arguments and other stuff I don’t fully understand. What I do understand is that it’s getting a little tedious.

Yet I can’t tell you how frustrating it is each time another state rules in favor of same-sex marriage, and like clockwork, commenters, commentators and talking heads start in with “I don’t understand why this is still news!” or “We should be past this!” or “Why do people still care who anyone marries? Let people love and marry who they want — why does it need to be a big deal?”

I know you think you’re being supportive and progressive, but it comes off as dismissive and elitist.

And to answer those comments… It’s news because it is — especially for the people in those states. Yes, we should be past this, but we’re not. We’re a country comprised of 50 very independent states and countless more subcultures, religions, worldviews and customs. People still care because love and marriage are at the heart of what it means to be human. It’s what keeps us going, what makes us feel like we belong in the world. Love and marriage are what forms families and what we all have in common.

The states where this is still being fought and debated over are the ones where the battle is hardest fought. They have the fewest number of allies. The least amount of cultural, societal, religious and legal support. The LGBT couples and those fighting for them are oftentimes drowning in a sea of hatred and resistance.

It took three disheartening tries for it to happen in my home state of Maryland — one of the most historically liberal in the country. Imagine what it’s been like in Arkansas, Utah or Kentucky. Or what it’s like to live as a gay or lesbian couple in West Virginia, Kansas or Florida. The Daily Show did a segment where Alabama and Mississippi “battled” to see who would be last state in the Union to legalize same-sex marriage. It was simultaneously hilarious and sad to see there are people politicians who aspire to this.

.
I of course understand the sentiment — that it’s unfair and discriminatory and that it should be law by now; and that it’s frustrating that certain states are yet again dragging their feet on civil rights issues. There’s a temptation to write them off, assuming they won’t legalize it on their own, but will be dragged, kicking and screaming down the halls of the Supreme Court and onto the right side of history.

So how should you respond?
.

The closer we get to every state recognizing and licensing same-sex marriage, we should be celebrating more, not less. The couples and families and attorneys and fundraisers and ralliers in the remaining states deserve their day in the sun, their moment in the parade, their victory lap. Put aside your impatience and cynicism, pick up your bullhorn and your pom-poms and grab a handful of rice. Cheer them on. Cheer them the loudest. Cheer till the parade has finally — and completely — come to an end.

6 responses to “Dear Supporters of Same-Sex Marriage: Please Stop Raining On Our Parade*”