The penultimate Girl Power Week SuperLunchNotes is the Mistress of Magic, the Princess of Prestidigitation, the Babe of Backwards Black Arts*, Zatanna! 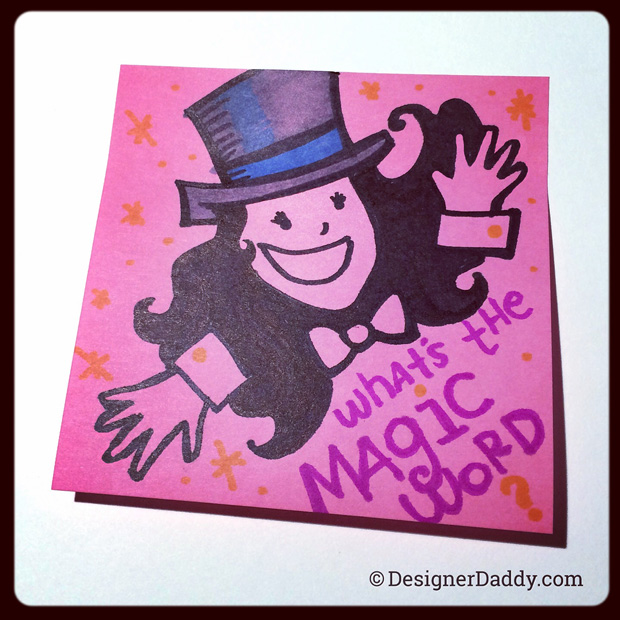 Yup, she’s physically (or magically, rather) powerful, but what you’re not seeing on the note is her Playboy Bunny-esque outfit, particularly her bottomless tuxedo top and fishnet stockings. Very few female superheroes embody the true feminist spirit, but Zatanna’s getup speaks to a bygone era of across-the-board acceptable objectification. For what it’s worth, she does make all the Hottest Women in Comics lists (yes, that’s a thing).

They tried a couple of other costumes for Zee in the 70s and 80s. And while they covered more skin, they were pretty horrendous looking, and she eventually reverted to her original outfit from her first appearance in 1964. Can’t beat the classic, I guess.

So for now I’m just teaching my son there’s more ways to be powerful than throwing a punch or shooting a crossbow. And if he ever asks about the fishnets, I’ll tell him they have magical powers of distraction.

*I made that last one up.