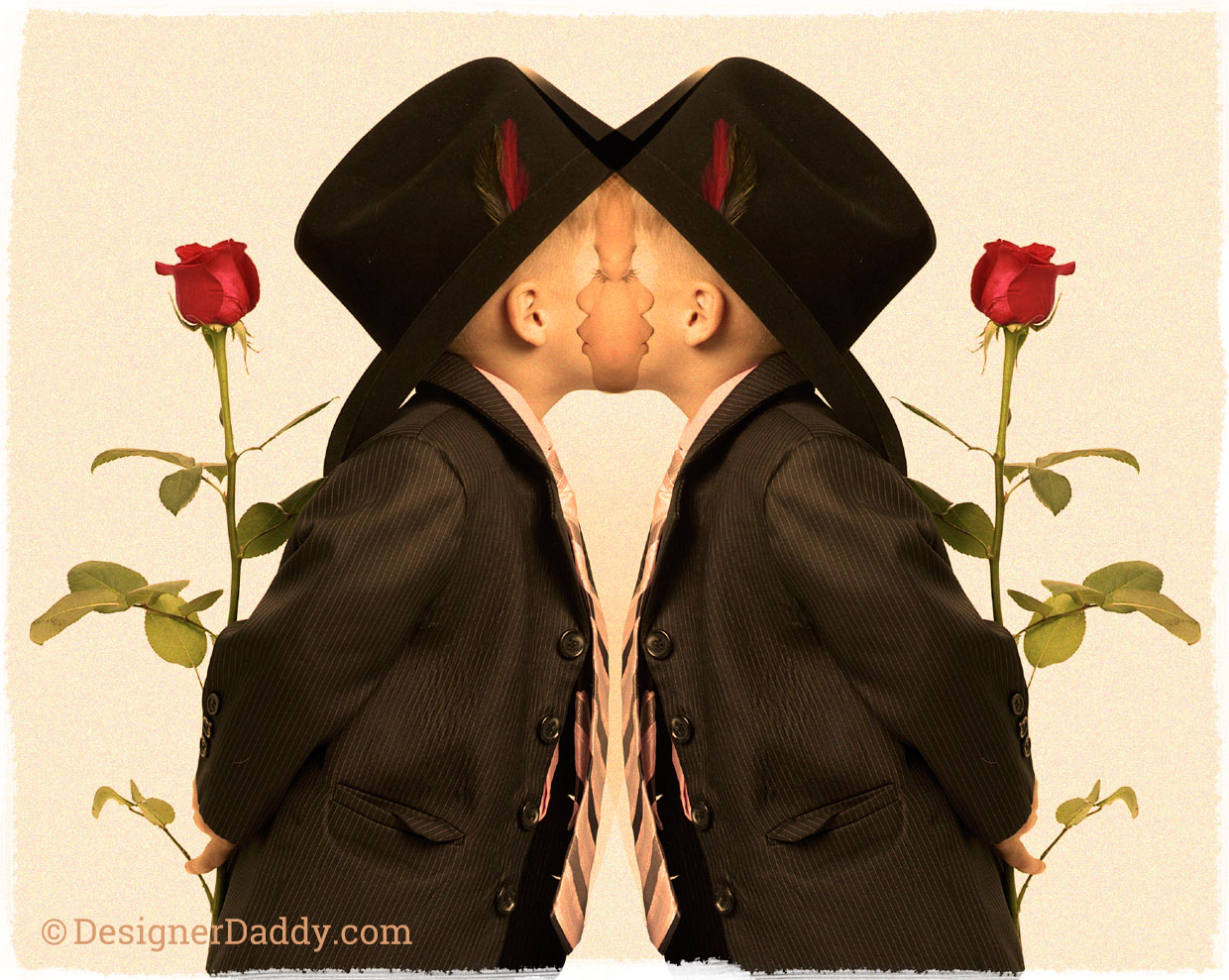 We were winding down from a particularly drama-filled play date. There had been sharing-related skirmishes; LEGO lay strewn about the playroom like carcasses on a battlefield; there had been tears. And after much cajoling and promises of future bounty, there had been an “I’m sowwy” from my little force of nature to his playmate and host. Jon can sometimes be like a giddy locomotive off its tracks. Full steam ahead, tooting its merry horn, nary a thought for the fact that it’s derailed and tearing through the countryside, mowing over everything and everyone in its path.

Yet while he may be full of drive and boundless energy, he’s always been very affectionate. Which, for me — his somewhat introverted and decidedly less adventurous Dad — makes it all manageable.

After we’d made our apologies and gathered our things to go, Jon approached his friend — 6 years old to Jon’s 4 and-a-half — to tell him thank you. He followed with one of his epic hugs — both arms flung out fully extended, not closing them until he’d fully enveloped the huggee. His friend seemed a little overwhelmed, but hugged back; then my son tilted his head, stretched up on his toes, and moved in to give his pal a smooch on the cheek.

The friend jerked his head away, reacting with an annoyed “WHAT THE…?!?” Jon just kind of shrugged and let go. But my heart broke a little.

My heart broke for this 6-year old friend — normally quite sensitive — whose parents are progressive and gay-friendly and all the other stuff that is supposed to equip a boy to be okay with hugging and smooching his male friends. My heart broke as I saw perhaps the first seed being planted in my son’s head — that kissing your friends isn’t cool; a seed I fear will grow and spread and cause him to withhold kisses from his dear, old dad in the not too distant future.

Somehow these notions are sneaking in unnoticed. You’re supposed to hate pink because it’s for girls. Boys can’t be pretty or beautiful. Don’t choose the cup or the sleeping bag or the shirt with flowers or bunnies or ladybugs on it. And under no circumstances, boys never kiss boys. Does it come via parents of the other kids at school? Are there subliminal messages hidden in episodes of Spider-Man or The Aquabats or Super Why? Do they hide it in the syrup my son pours on everything he eats?

Papa and I have never communicated messages like these, and I doubt the friend’s parents have either. In actuality, Jon has corrected me on 3 of the 4; to which I always offer counter arguments. He’s yet to enact a boy-kissing ban, but I know it’s coming.

My head (and own experience) starts to tell me, “We all go through stages where we don’t want to kiss our dads or show any kind of affection to our friends.” But must it be that way? It’s not that way in Italy, where everyone — male, female, young, old, friend, relative — greets one another with a kiss on each cheek. It’s not that way in Japan, where pairs of young men walk down the streets arm-in-arm. In neither case is it about sex or sexuality. It’s part of the culture, a way to greet and to connect and have community. Perhaps our country — with far more gun-related killings than any other developed country (the vast majority carried out by men) — could do well with an increase of platonic male affection

In case you’re wondering if being affectionate toward men comes naturally to me because I’m gay… the opposite is actually true. I spent the first 26 years of my life afraid to interact physically with my male friends for fear of my sexuality being discovered. Even after coming out, it took several more years to learn how to express myself in a healthy, confident way with other men, whether they were gay or straight, friend or boyfriend. I had all the typical American male stereotypes to unlearn, plus nearly three decades of shame to overcome.

It’s surprising how deeply affected I am by this. Yet I shouldn’t be surprised. One of my favorite things in the world occurs when I pick Jon up early from preschool. While he may overwhelm his classmates at times, I’m always so proud to see him run back through the circle of 3- and 4-year olds listening to a story, and give his buddy a big hug and kiss goodbye. Especially when he doesn’t knock the other kid down.

And my absolute favorite thing in the world is to kiss my son. I’ve kissed plenty of people in my life — family, friends, boyfriends, girlfriends, my dog. (Papa’s on his own special list) Nothing in my life prepared me for how much peace and strength and joy I experience from kissing my son. On his fingers and toes as an infant, on his ever-increasing number of boo-boos, on his lips every morning as I send him and Papa off into the day, on his sleeping cheek every night before I head to bed. And then there are the spur-of-the-moment times he crawls in my lap, or puts his hand on my leg while watching TV, or gives an unsolicited “thank you” or “I love you” — which of course, all require an accompanying smooch.

I’m struggling with a point to all this, a nugget of wisdom to show what I’ve learned and that I’m moving on. But I have none. I don’t want my boy to stop being the loving, hugging, kissing free spirit he’s been up till now. I guess I just want the world to know it, and to stop telling him it’s not okay.