Riffing off my SuperLunchNotes, this summer I’m doodling a series of notes featuring some of my favorite dad bloggers… re-imagined as superheroes. Why? Because it’s fun. And because you should be reading these guys. And because I’ve gotten so much support from my community of blogging dad pals, I wanted to toss some good karma their way. I’m pretty super that way.
. 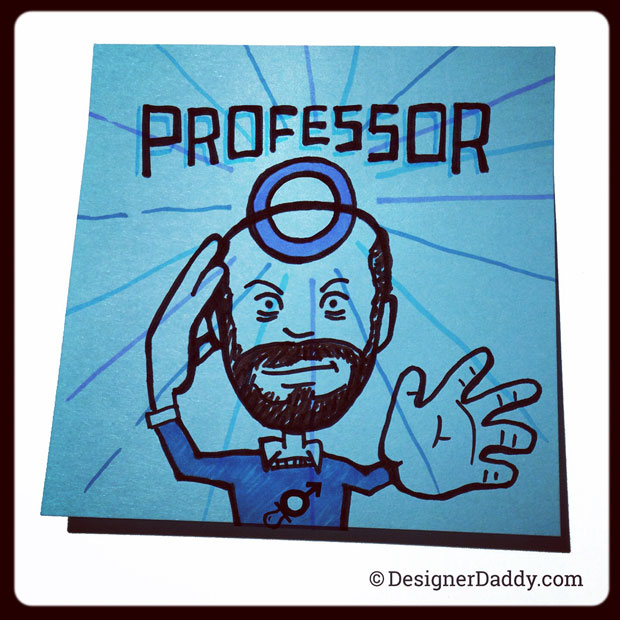 About PROFESSOR O:
Origin: The first time this father of two sat down to write, he spilled his coffee and a sippy cup of milk onto his laptop. As he frantically grabbed to salvage his computer, the caffeine and calcium fused into a super-technological compound, surged through his body, and immediately connected him to every other dad blogger — past, present or future!
Powers: Using only his mind, PROFESSOR O can seek out any dad blogger in the galaxy! He then connects them into a secret community where they learn how to use their own mutant blogging skills to squash stereotypes, offer support to one another, and advocate for fathers everywhere! He is also a master level blogger AND father: he can change minds and manipulate emotions through the written word, coordinate hundreds of dads with a few mouse clicks, and oversee a playdate complete with healthy snacks and an important life lesson thrown in for good measure.
Weaknesses: He gets really annoyed by exclamation points (!) and by the ever-changing Facebook group policies. Also hates Nazis.

About OREN MILLER:
Oren truly is a superhero to me and to the nearly 800 dad bloggers that belong to the Facebook group he started two years ago. Even before launching this informal group, he would search out new dads who were blogging and feature them on his site, A Blogger and a Father. This is how I first “met” him. I met him in real life a few months later, when he invited me to a meeting between several other parent bloggers and the governor of Maryland. There I was able to personally thank Governor O’Malley for all he did to pass same-sex marriage in our state — an opportunity that still boggles my mind and warms my heart.

I’ve not met anyone else in the blogging community with such a pure desire to connect and support people. His aspirations were never to appear on The Today Show or be the keynote speaker at a conference. His ambition is to find and build community, to start and continue dialog — not just about writing and social media, but about the struggles of life and the indescribable experience of being a father.

EVEN SUPERHEROES NEED HELP
I had already planned to include Oren in this series of Super Dad notes, but this post is serving an additional, and vastly more important function…

At the end of May, Oren was diagnosed with Stage 4 lung cancer. The cancer had spread to several other organs, and he was given a prognosis of one year. Please take a moment and read his own words about this experience, as mine can’t begin to do it justice.

Shortly after his diagnosis, I started a fundraiser through GiveForward on behalf of our ragtag group of dads, with the hopes of raising $5,000 to send Oren, his wife, and two children on a family vacation. Within 12 hours it surpassed that goal, and now (less than 2 weeks later) stands to reach $30,000. The fundraiser has since pulled in many beyond his dad blogging community, with their generosity now earmarked for medical bills, education funds for the kids, as well as an unforgettable family vacation. To help attain (and surpass) this next benchmark, the extremely helpful and generous folks at GiveForward have offered to contribute $25 for each blogger who writes about Oren — up to $1000 (40 blog posts). By the time I publish this, I believe I’ll be number 40.

DON’T BE A BYSTANDER
If you have ever read and enjoyed my writing, you have Oren Miller partly to thank. After my first year of blogging, I was considering giving it up, not having felt I’d connected with many people. Being featured on Oren’s site, joining the Facebook group, and having the privilege of calling Oren my friend have inspired me beyond measure. Not just as a writer, but as a father, a husband, and as a person on this planet.

Please consider adding your own contribution to this fund. It won’t bring a cure. It won’t buy more time. But it will extend the community of support for those Oren cares for most, connect you to something bigger than yourself, and make you — even if for a moment — a superhero.
. 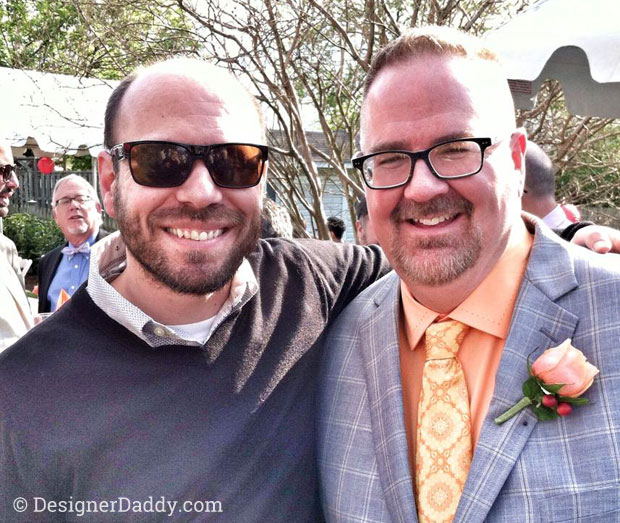 Oren and me at my wedding in April 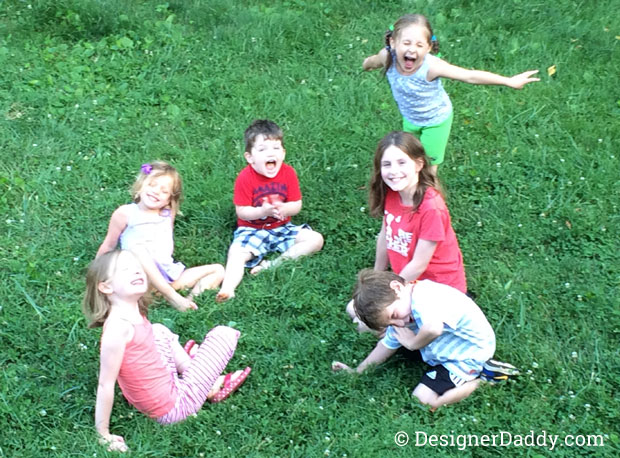 Future generations of parent bloggers goof around in Oren’s backyard.