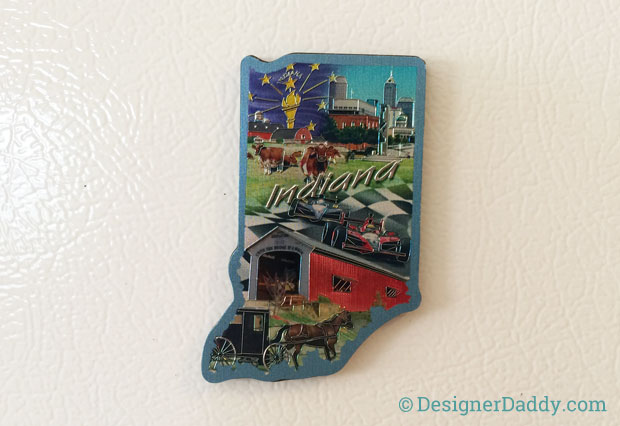 In his ruling, Judge Young states,
“In time, Americans will look at the marriage of couples such as [the plaintiffs], and refer to it simply as a marriage — not a same-sex marriage. These couples, when gender and sexual orientation are taken away, are in all respects like the family down the street. The Constitution demands that we treat them as such.”

Until that time, congratulations to all the homo-Hoosiers who can finally get hitched! Indiana is the 11th state where a federal judge has struck down a marriage ban since SCOTUS overturned Prop8 and DOMA. We’re on a roll, baby!
.

BUT WHAT ABOUT UTAH?
First it was legalized. Then it wasn’t. Then yesterday a judge overturned the ban. While I’m very glad for this step back in the right direction, the governor still plans on appealing the overturn of the denial of the freedom for the refusal of rights on the ban and… OH MY GOD I’M SO CONFUSED!!! So until same-sex marriage in Utah is a once-and-for-all done deal, signed in blood and toasted with Caffeine-Free Diet Coke, I’m holding off on putting their magnet up gain.

Since the next step my very well be the U.S. Supreme Court, when they do get around to appealing, the decision could be monumental — and hopefully turn my whole map green…
. 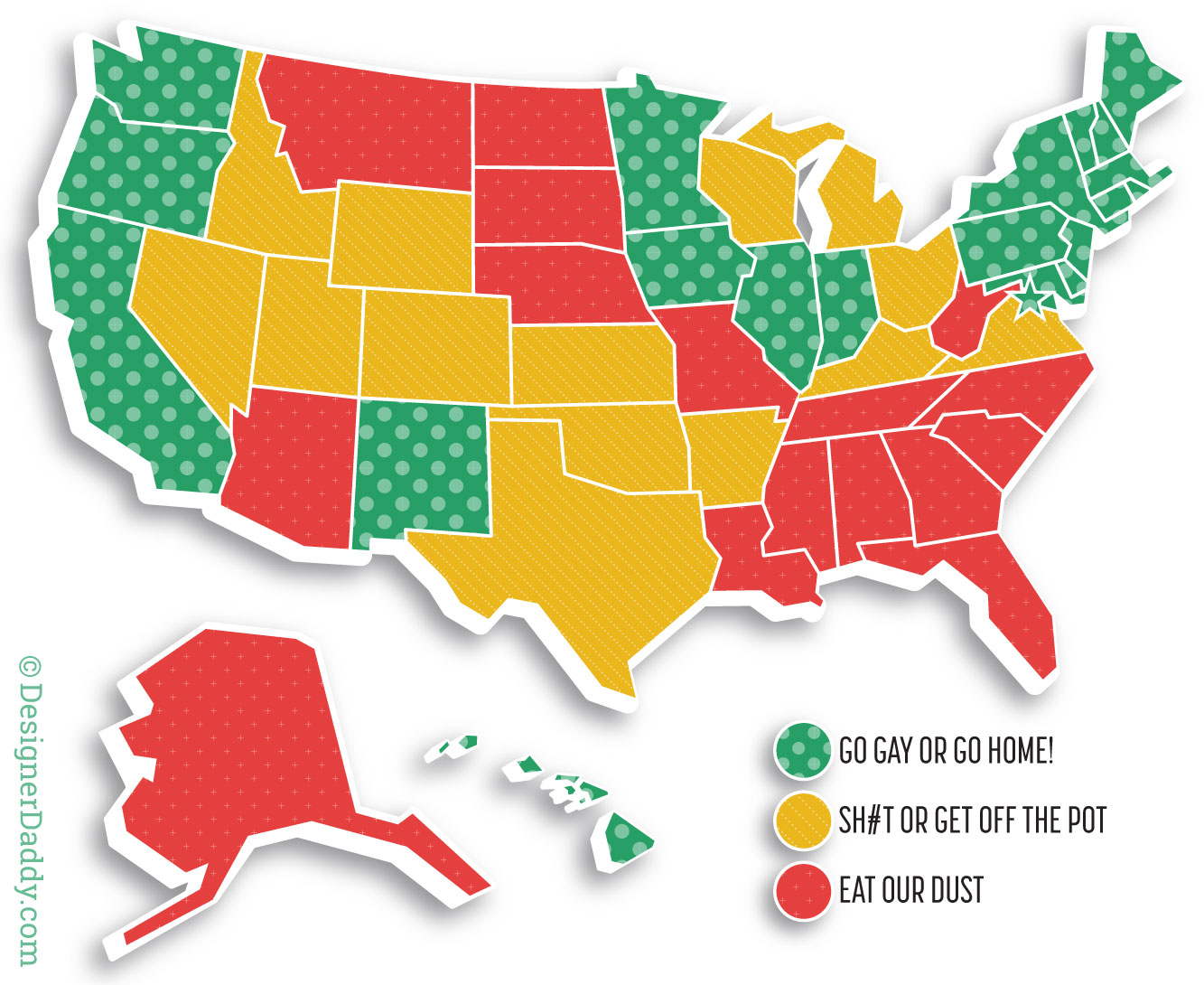 Every time a country or US state legalizes same-sex marriage, I post a photo of a magnet from either my fridge or that of a reader. Take a look at some of my previous magnet posts.

For more maps and magnets (not really, but for sure a lot of fun), stop by the Designer Daddy Facebook page, or follow along on Twitter!

*In 2010, the song “Pink Houses” was used by NOM (a leading opponent to same-sex marriage) in an anti-gay rally. Songwriter/performer and Indiana native John Mellencamp sent them a Cease and STFU. Thanks Johnny Cougar, you R.O.C.K.!