Out Of This World Movie Giveaway! #EarthToEcho 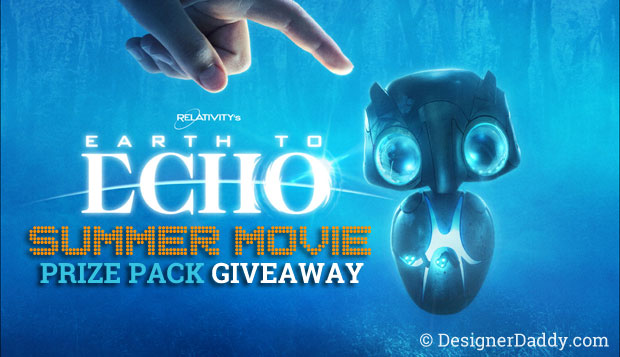 Think E.T. meets Transformers with a little Goonies thrown in for good measure, and you’ve got EARTH TO ECHO — a great way to keep cool and entertain the whole family this summer!

Tell me about Earth To Echo!

Tuck, Munch and Alex are a closely bonded trio of inseparable friends, but their time together is coming to an end. Their neighborhood is being destroyed by a highway construction project that is forcing their families to move away. But just two days before they must part ways, the boys find a cryptic signal has infected their phones. Convinced something bigger is going on and looking for one final adventure together, they set off to trace the messages to their source and discover something beyond their wildest imaginations: hiding in the darkness is a mysterious being, stranded on Earth, and wanted by the government. This launches the boys on an epic journey full of danger and wonder, one that will test the limits of their friendship and change all of their lives forever. [Rated PG]

You said something about a giveaway…

Designer Daddy is teaming up with Relativity Media to give you a chance to win a whole bunch of groovy stuff including the $$$ to take your family to go see Earth To Echo, in theaters July 2nd! 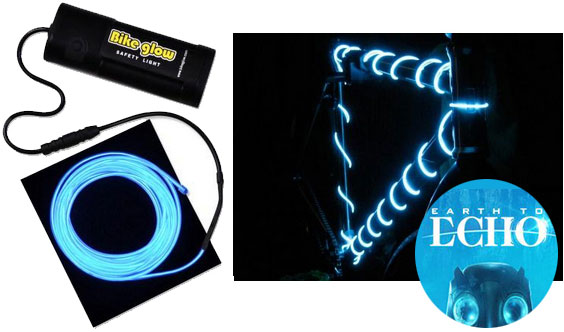 TO ENTER: In the comments below, tell me your all-time favorite summer movie! Once you do that, come back to the contest widget thingie above and make your entry; then you can get even more entries by liking Designer Daddy on Facebook or following on Twitter (If you already do, free entries for you!) You can score a couple more entries by liking Earth to Echo on Facebook or Tweeting about this giveaway.

Are there any other fun Earth to Echo adventures you can tell me about?

Continue your epic exploits with the brand new EARTH TO ECHO Geocache Adventure! Not sure what “goecaching” is? Yeah, I didn’t know either. It’s a family-friendly activity, where adventurers use an app or GPS on their mobile devices to search for cleverly hidden containers placed in nearby neighborhoods. If you live in New York, Los Angeles, Chicago or Seattle, check it out, send me photos or a video and I’ll share it on the Designer Daddy Facebook page! 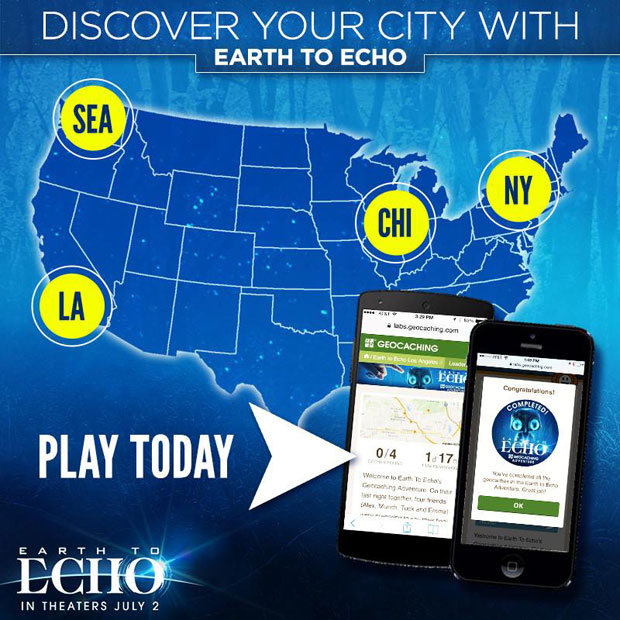 One winner will be chosen at random and announced at the top of the contest widget, as well as on the Designer Daddy Facebook page. All entries must be completed by 11:59pm ET on July 6, 2014. Open to US & Canadian residents only. Prize pack valued at $55.

[Disclaimer: Prizes are provided courtesy of Relativity Media. I was compensated with similar prize booty.]

49 responses to “Out Of This World Movie Giveaway! #EarthToEcho”