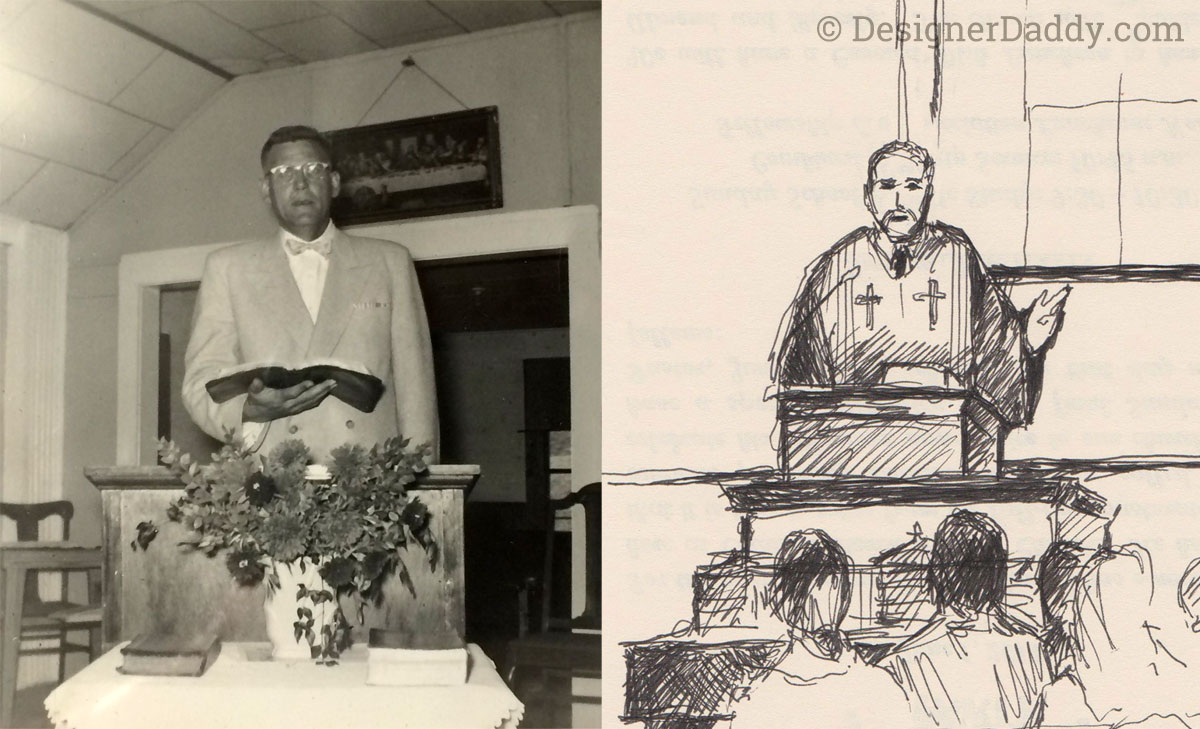 On June 1st my father preached his last sermon. To clarify, I’m sure he will continue to preach as long as he has breath — but this was his final sermon as pastor of the small Baptist church in Virginia where he’d been for the last 15 years. Prior to that he was a Chaplain in the US Air Force for over 20 years, and before that he pastored at churches in Arkansas, Oklahoma and Illinois.

His father was also a minister. Dad preached his first sermon when he was 18 at his father’s small Baptist church in Arkansas. I know very little about my dad’s dad. I know in addition to preaching he also repaired air conditioners and other electronics. I know he was 6’8″ tall (Dad is 6’5″). I know he neither showed little affection nor talked very much to his son, thus raising Dad to do likewise. I know he held a lot of things in, some that were devastating when unearthed later. I know he died of cancer two years before I was born. I know Grandma remarried to the man I called “Pappaw;” her first husband I’ve only ever called “Russell.”

I don’t say these things to disparage my biological grandfather or to drudge up any of the pain Dad still carries regarding this relationship. I say them because Russell Almond was such a stark contrast to who Johnny Almond, my father, has become.

I know he has shown me affection every day of my life, hugging and kissing me even through the most awkward of my teen years. I know he loves to talk (when given the chance by his 4 verbose sons), and has taught me everything I know about crafting the perfect groan-inducing pun. I know he was always patient with me, even at my most impatient and distant and resentful. I know that he tried to play ball with me and take me golfing and other father-son activities that I hated and told him so, and yet he still showed me patience and kindness and love. I know that after each time he punished me, he always returned to remind me how much he loved me. I know he instilled in me the importance of being compassionate — not by telling me so, but by being the most compassionate man I’ve ever met. I know that he loves and respects my husband, and has said publicly that he is “the kindest man I’ve ever met.” I know he loves and cherishes my son as much as he’s ever loved any of his children or grandchildren, and that my son dearly loves his Grandpa.

During the four and-a-half years that I’ve been a father, I have come to understand the unending joy and deep heartache I must have brought to my dad over the years. I have come to appreciate his commitment to love me, even when I exhibited impatience or embarrassment or hatred towards him; even when I was religiously overzealous and thought his beliefs not strident enough; even when I blamed him for contributing to my being gay; even when I embraced my homosexuality, and he struggled to reconcile this with his lifelong beliefs.

I don’t say these things to embarrass him or to highlight the struggles of our relationship. I say them because my father has done so much to overcome the deficits in his own father/son relationship. I say them so he knows how much I love and appreciate him, though for much of my youth my actions said otherwise. I say them to celebrate what a loving patriarch he has become to his four sons, two daughters-in-law, one son-in-law (and another eventual one), three grandsons and two granddaughters. I say them to wish him a Happy Father’s Day.

“Which of you fathers, if your son asks for a fish, will give him a snake instead? Or if he asks for an egg, will give him a scorpion? If you then, though you are sinful, know how to give good gifts to your children, how much more will your Father in heaven give the Holy Spirit to those who ask him?” Luke 11:11-13 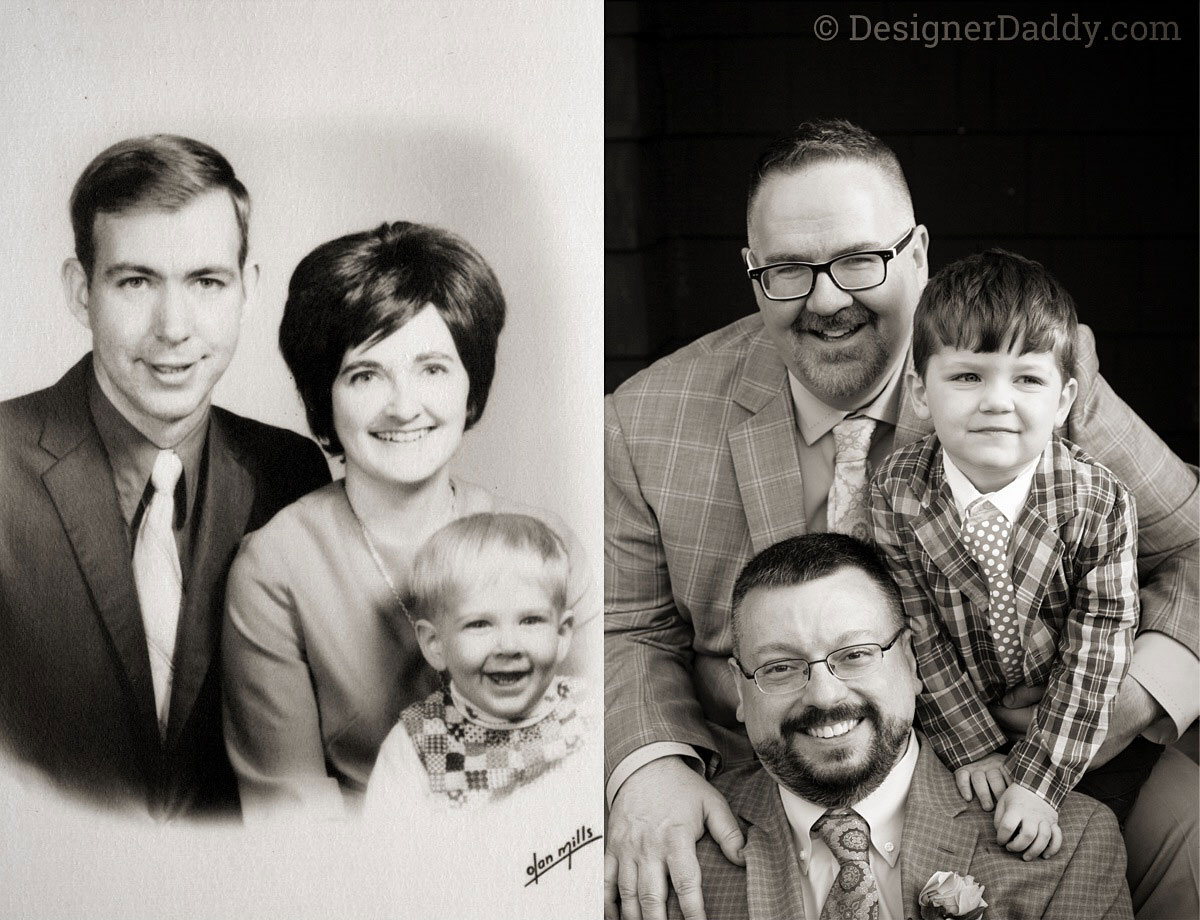 Top photo: Russell Almond, behind the pulpit at his church in Arkansas.

I’ve always attributed my drawing skills to the many years I spent doodling on the back of the church bulletin during my father’s sermons. The above sketch was done during his final sermon as a full-time minister. And don’t worry, Dad — I was also listening.

5 responses to “Fathers and Sons”