Which Kids’ Movie Song From The Last 12 Months Is The Best?

With the release of The LEGO Movie on DVD/Blu-Ray, it’s got me reflecting on all the great music to come from kids’ movies in the last year. Three songs in particular have delighted children and adults alike… that is, until they bored holes into our brains from repetition. I’m of course talking about “Everything is Awesome,” “Let It Go,” and “Happy.” 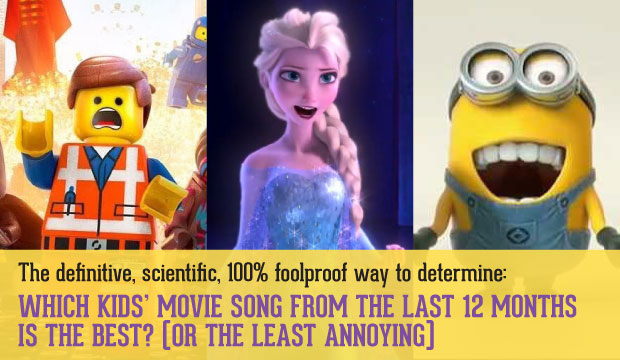 During the Disney renaissance of the late-80s/90s, songs from the Mouse House’s animated films were all over the radio and the charts. “Beauty and the Beast,” “A Whole New World,” and “Can You Feel the Love Tonight” all cracked Billboard’s top 10; and between 1989-1999, 15 songs from Disney films either won or were nominated for Oscars. Yet since that heyday, I don’t recall a time when songs written specifically for kids’ movies have had such an audible impact as the three in question.

So… between “Everything Is Awesome,” “Let It Go,” and “Happy,” which one is the best? Or perhaps a better question, the least annoying? I decided to break it down scientifically to give you an objective, definitive and 100% fact-based answer. I took into account several factors, then gave points for each category to reach my accurate, foolproof, final results.

Where (if at all) did the song place on the Billboard charts?

WINNER: With hundreds of minions at the beck-and-call of writer, producer & performer Pharrell Williams, “HAPPY” tops them all.

These songs all came from monstrously popular films, but which one was king (or queen) of the money mountain?

“Everything Is Awesome” from The LEGO Movie – $256 million in North America; $462 million worldwide total. 1 pt.

WINNER: As the highest grossing animated film of all time, “LET IT GO”/Frozen leaves the others cold. 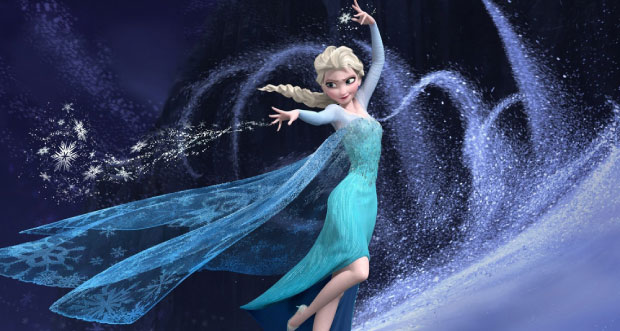 Universally popular, played everywhere from preschools to Prii* — but which is hipper than the rest?

“Let It Go” – Disney’s popularity has never relied on its hipness, and here they remain squarely on brand. 1 pt.

WINNER: Contrary to its film’s chilly premise, “Let It Go” is as mainstream as they come. Both “HAPPY” and “EVERYTHING IS AWESOME” are equally (though very differently) cool: TIE! 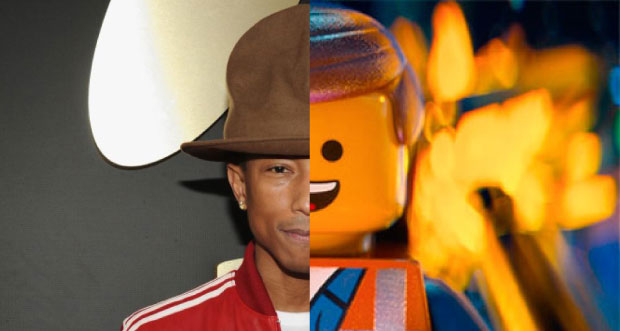 It don’t mean a thing, if it ain’t got that bling.

WINNER: If this were about awards show performances, Adele Dazeem would be a screechy last place. But for crowding the mantle, “LET IT GO” steals the show. 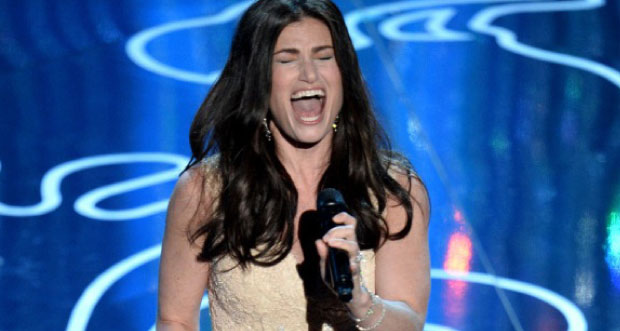 What it really boils down to is which of these could you hear again and again and again (as we all have) and NOT want to rip out your eyeballs and shove them in your ears?

“Happy” – The oldest of the three, hence the one you’ve probably heard the most. The word “happy” is repeated 56 times during the 4-minute song. There is such a thing as too much of a good thing. 3 pts.

“Let It Go” – Okay, so we’re still not counting the Oscars performance, right? While this is a indeed a finely crafted song, I’m docking points for the number of references, remakes, covers, spoofs and impromptu sing-a-longs I’ve witnessed — both online and in real life — from pretty much every preschooler and gay man on Earth. 2 pts.

“Everything Is Awesome” – In the context of the film, this serves as a brainwashing tool. It’s whole intent was to annoy. Figure in the psycho/techno beat and Andy Samberg’s nasally flow, and you’ve got one awesomely annoying anthem to conformist bliss. 1 pt.

WINNER: If I’m going to get something stuck in my ear, it might as well be something “HAPPY.” 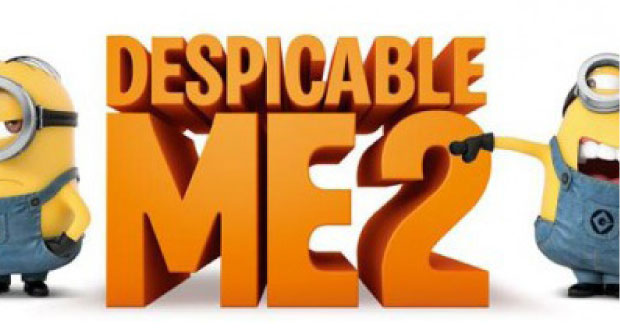 Based on the tally of points given in each category, here are the definitive, unquestionably accurate results: 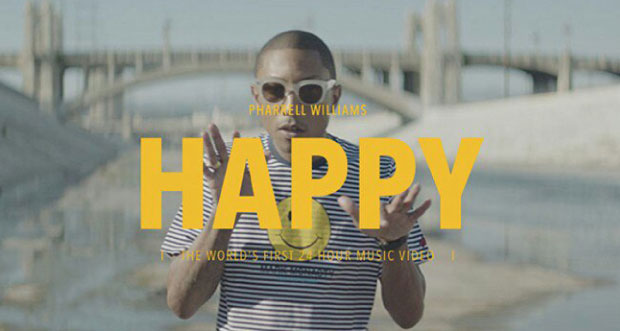 Okay, apparently the real winners are LET IT GO and EVERYTHING IS AWESOME, with a slight advantage to AWESOME… because LEGO. So much for science.

Now it’s your turn — which one is your favorite (or least hated) and why? Tell us in the comments!

*Plural for Prius. For reals.

7 responses to “Which Kids’ Movie Song From The Last 12 Months Is The Best?”