Being A Gay Dad is Full of Unscripted Moments

“Are you guys brothers?”

“So which one of you does he belong to?”

“Which one of you breast feeds?”

Those are just a few of the questions I’ve heard since becoming a father four and-a-half years ago — as asked by my nephew, a cashier, multiple friends, and my son, respectively. As the title of this post states, there truly are no scripts when it comes to parenting. And being a gay father of an adopted son poses even more unique challenges.

A relatively minor — but no less annoying — challenge is finding a Father’s Day card for my husband. Like many gay fathers, we go by “Daddy” and “Papa.” Finding a Father’s Day card that says “Daddy” is no problem (so yeah, he’s got it easy). And while there are usually a few cards that are addressed to “Papa,” more often than not they are either geared more to Grandpa or are entirely in Spanish.

When I was tapped by Cardstore to be part of their Father’s Day #WorldsToughestJob campaign, one of the perks was getting to design my own card. The recommendation was to create one for Grandpa/my Dad, but I thought it would be more fun (and challenging) to make one for Papa. I was pleasantly surprised to find several selections that fit the bill, but one in particular caught my critical designer’s eye…

I love me some doodles! And this one was not only super cute, but also allowed me to customize the name on the front. So I popped in a “PAPA” (I got to choose from a ton of fonts, colors, sizes, etc.) and my cover was done! 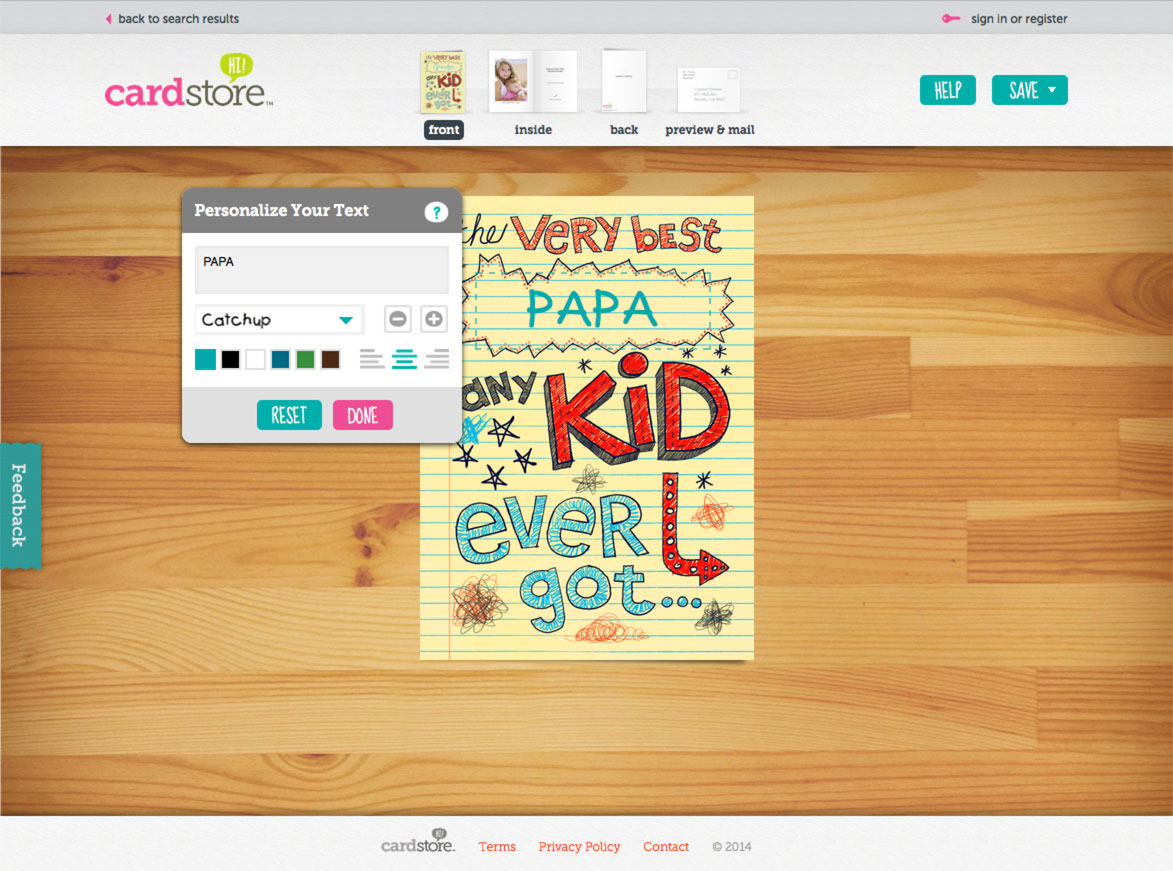 .
While there wasn’t a place for a photo on the front of this design, the inside had quite a few layouts to choose from that gave you places to put in 1, 2 or 4 photos and captions. I picked one of Jon sporting a Yankees tee (Papa’s favorite team) and a huge grin. 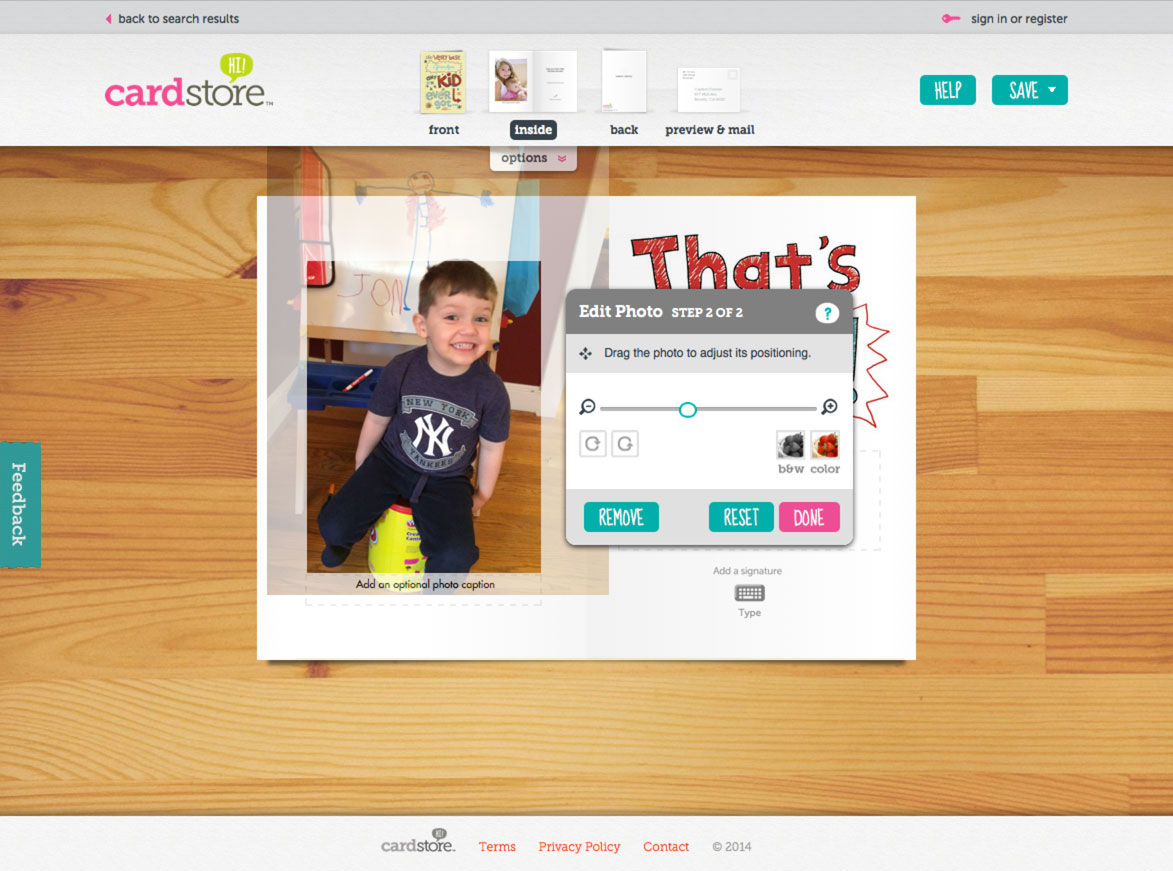 .
I was then able to include a personalized message, again with tons of fonts, colors & sizes to choose from. I’m saving the personal message part for Papa — I don’t want to ruin the surprise completely! 🙂 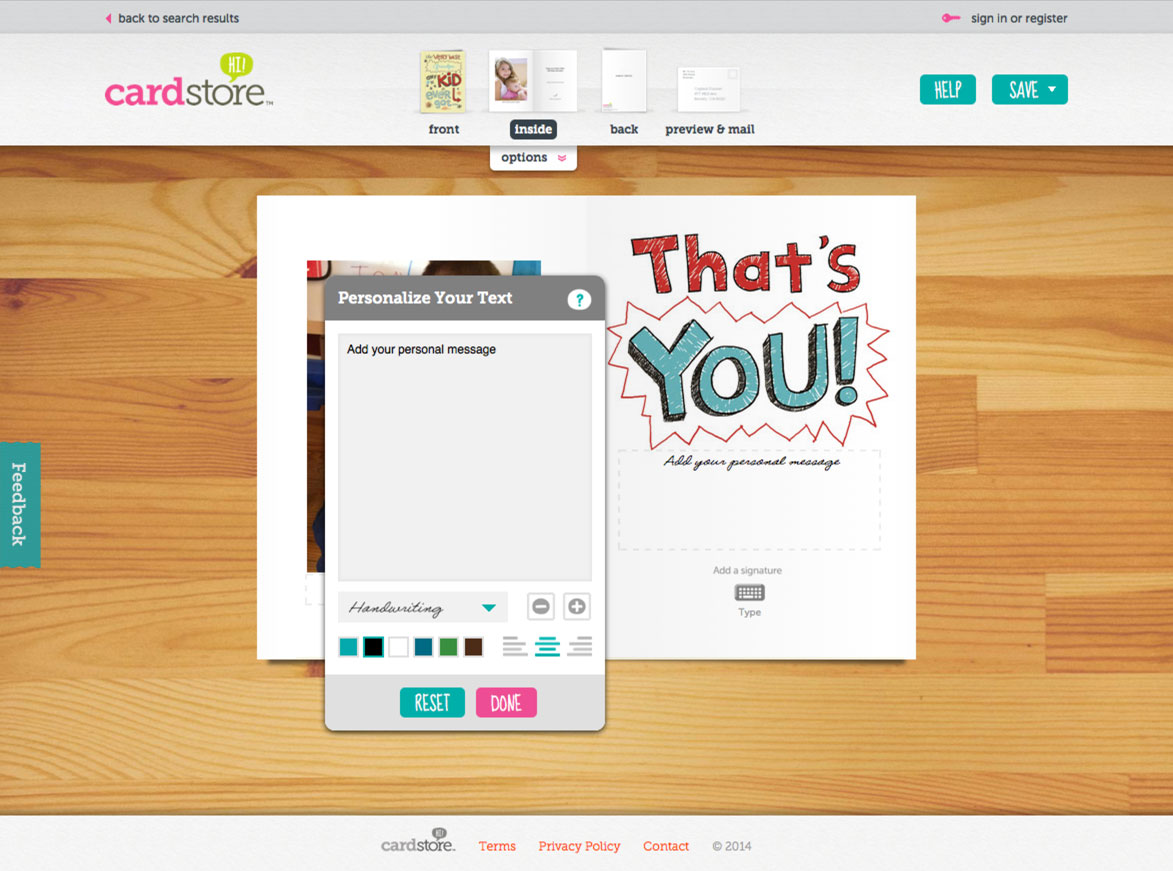 .
After that you get to proof your card one more time, enter yours and the recipient’s address and send! Easy as pie!

So what are you waiting for? Head over to Cardstore and get your own card! And while you’re there, check out the video they created about the unscripted moments of fatherhood, featuring actors “auditioning” for the role of Dad. Tell me you can’t relate to at least a FEW of these scenarios. The ones about eating were extra home-hitting…

Okay, you’ve seen the awesome, hilarious, touching video. GO BUY A CARD! You have until June 9 to order cards to arrive by Father’s Day.

Disclosure: I partnered with Cardstore from American Greetings and Life of Dad, LLC for the #WorldsToughestJob Dad Casting Father’s Day promotion and was compensated for my involvement.