The Internet isn’t known for its wholesomeness. Sure, there are bright spots here and there — but it’s also ground zero for crazy people to hurl their unfiltered opinions. These come in all flavors, with the most popular being racism, homophobia, misogyny and the always-popular hatred.

Recently I praised Honey Maid’s “This Is Wholesome” campaign for including same-sex parents in their TV ad. While I had many positive comments, I also received more negative, hateful and idiotic responses than any other time prior. Who knew graham crackers were such a hot button issue?

Here are just a few of the “greatest hits”…

I’m just one blogger who posted one article. Now imagine the amount of negative feedback Honey Maid must have gotten. Granted, they (and I) got TONS of supportive feedback and all manner of love. But still, nobody likes to read this kind of stuff — whether you’re a dad who likes to write about his kid or a large corporation who makes yummy snack crackers.

So how’d you like to help up the wholesomeness quotient of the Internet? Honey Maid is sponsoring a contest to do just that!
.

All you have to do is submit the cutest, cleverest, most adorable thing your kid has said, and you could have that quote immortalized in needlepoint!

Visit Honey Maid’s Facebook page and post your quote in the comments, or Tweet it to them. In either case, be sure to include the hashtag #WholesomeQuotes!

But hurry, the contest ends this Friday, May 16! 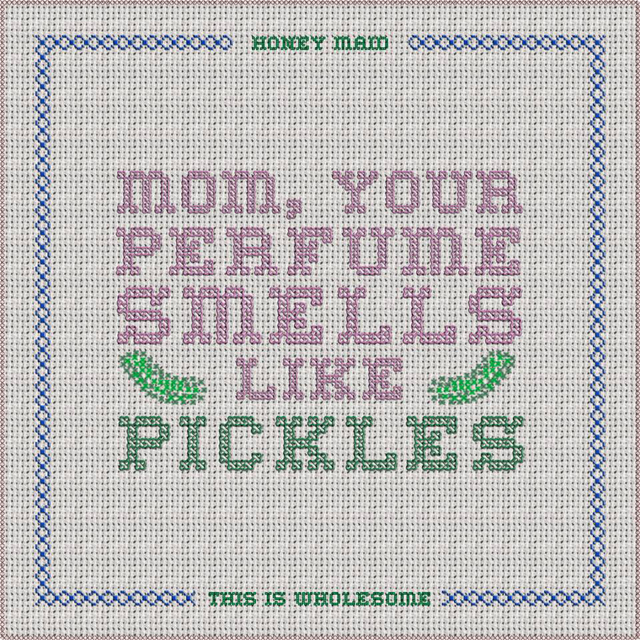 One of my favorites so far…