Somehow I was able to convince Jon not to play outside after preschool yesterday. Both our allergies were killing us, and given the chance, he’d keep rolling around in the pollen-covered grass until his eyes swelled shut. I instead agreed to play Power Rangers upstairs after dinner. When we finished eating, I hauled my tired butt upstairs to our bedroom (AKA, Jon’s Playroom Annex), and fell to with the Power Rangers play.

I’m admittedly a longtime hater of Power Rangers, whether they’re Mighty Morphin’, Mega Forcin’, or Samurai Warriorin’. But if you’re going to play make-believe, the Rangers and their enemies make for some great inspiration. String together any number of nonsensical words, and you’ve got yourself a weapon, costume upgrade or villain that will fit seamlessly into the established vernacular of the never-ending series.

Case in point, meet Blark-Blark! A creature I made up on the fly, accessorized only by a pair of oven mitts. I’m not really sure of his origin, but his powers include stomping around yelling “BLARK-BLARK!”, shooting Blark missiles at random times/angles and of course, tickling. 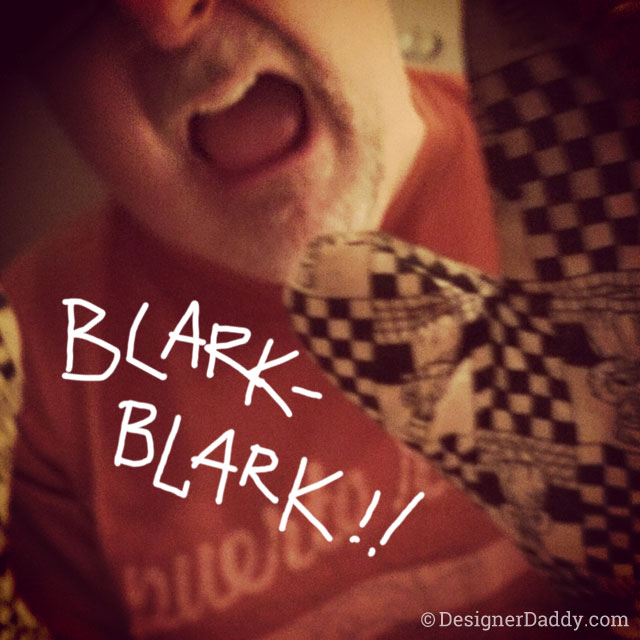 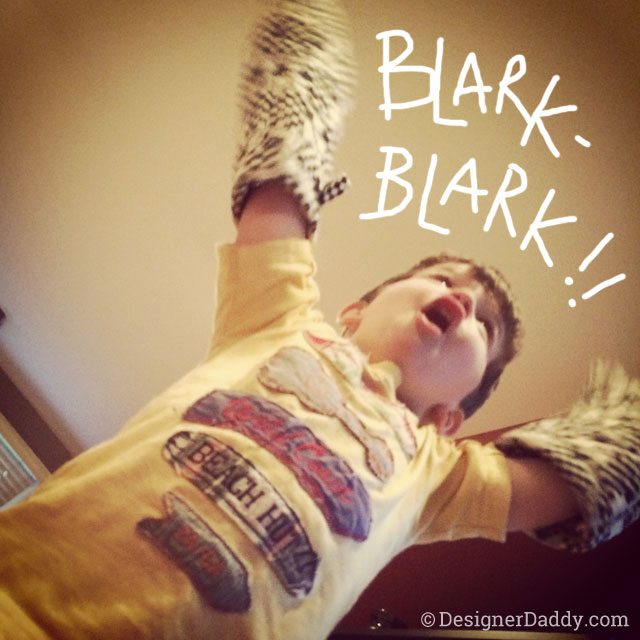 .
What’s your child’s favorite form of make-believe play? Feel free to share your own creative ideas, as I’m always looking for more!