A couple of days ago my youngest brother (B4*) became a dad. About a week before the due date, we met for lunch and I gave him this: 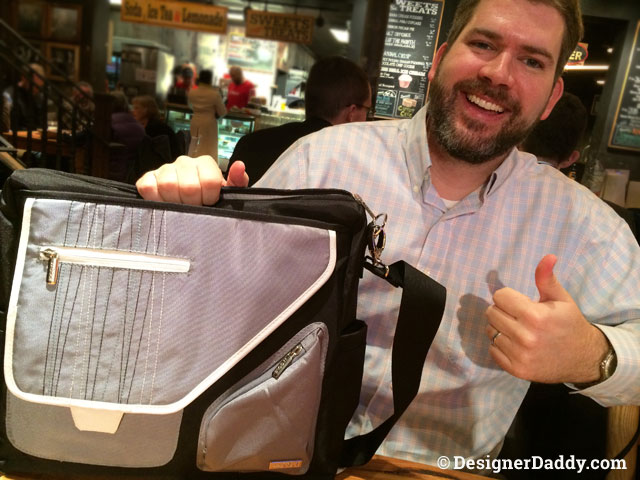 Yup, a diaper bag. I’m THAT awesome of a big brother.

But it wasn’t just any old bag, but a JJ Cole** diaper bag, which — until I handed it to him and told him what it was — my brother thought was my laptop bag. Mission accomplished JJ Cole, on making a diaper bag even a heterosexual/DC attorney/new dad would carry!

In addition to the awesome gift-giving, great BBQ and quality time with my baby bro, the significance of this gift was, well… pretty significant. Because his was the first diaper I ever changed.

I’m the oldest of four brothers and he’s the youngest, eleven years my junior. So I indeed had the privilege of cleaning his poopy baby butt. And as he sometimes wore cloth diapers, he got stabbed with a diaper pin at least once several times. But that wasn’t the worst (or last) bit of pain or hardship inflicted upon him by an elder sibling.

So to make up for a lifetime of torture, I’m giving B4 some unsolicited parenting advice, inspired by the tribulations he endured as the runt of the family. To clarify, these are based on real events, just not all initiated by me. I’m not saying which of his three older brothers did which deed, but mine were of the sneakier, less violent variety.
.

.
1. Don’t force them to watch “Thriller.”
This may lead to a permanent Michael Jackson phobia, which…might not be a totally bad thing.

2. Don’t trick them into eating Tabasco sauce.
Or sniffing pepper. Or sticking their tongue to ice. Or rubbing their feet on the carpet and then touching a doorknob. Manipulating their senses is pretty much off limits.

3. Don’t push them off the coffee table…
…thus causing them to bite through their lower lip, which then requires stitches, causing them to scream non-stop until they permanently damage their vocal chords and sound like a mini Harvey Fierstein for the rest of their childhood.

4. Don’t dress them up in a paper bag and a cheap, plastic monkey mask for Halloween and tell them it’s cool.
They will find out and eat all your candy.

5. Don’t turn off the bathroom light while they’re taking a bath…
…thus making them get out of the tub soaking wet in the dark to turn the light back on.

6. Don’t turn off the bathroom light, slip inside the bathroom and close the door while they’re taking a bath…
…thus making them get out of the tub soaking wet in the dark to turn the light back on; And once the light comes on, don’t then jump out and scream at them so that they cry and quake and pee themselves in terror.

7. Don’t beat them repeatedly about the head.
Their skull may seem very, very, VERY thick. And they may end up valedictorian of their high school, editor of their college newspaper, a lawyer at a Washington DC firm… and not suffer a smidge of brain damage. But it will make them very angry and they will bite you.

8. Don’t stab them in the hand with a fork.
Even if they bite you in the leg first.

9. Don’t teach them every curse word known to man before they reach kindergarten.
Kids that age are still learning phonics, so second or third grade is a more realistic goal.

10. Don’t permanently ban them from coming into your bedroom.
However, if they barge in one too many times they may never want to come back anyway.

11. If they climb a tree, don’t throw a rock at them in order to get them to come down.
It will inevitably hit them in head, and then mores stitches, more screaming, and more mini Harvey Fierstein.
.

And a couple of bonus “DO”s.

1. Do tell them to call if they get in trouble
Even if they lie about going camping and go to Woodstock instead, which then descends into fiery chaos.

2. Do change diapers.
That’s what the bag is for. And if you ever need any pointers, your nephew can show you how it’s done. 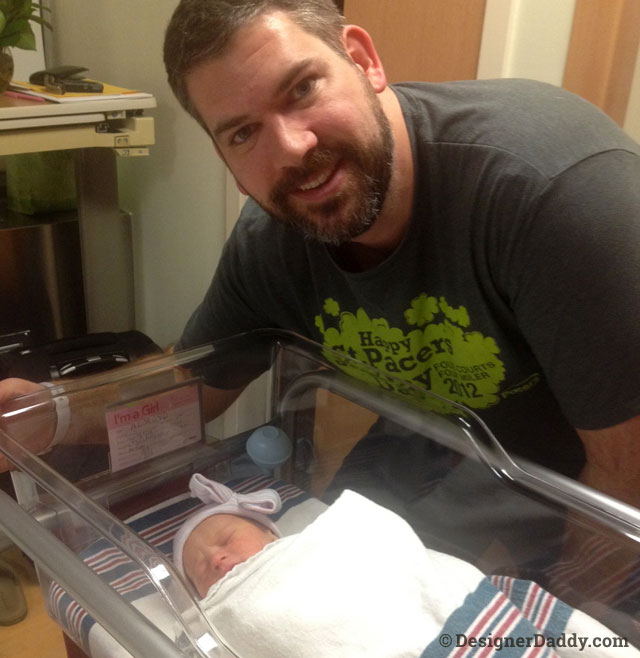 Little brother and his baby girl — I think he’s gonna do just fine. Just keep the Tabasco out of reach.

*Our parents are a pastor and an English teacher. So while we were blessed with alliterative aptitude, we were cursed with very similar-sounding names: Brent, Brad, Bryan & Brandon. Hence the monikers B1, B2, B3 & B4.

[Disclaimer: I received a JJ Cole diaper bag as a promotional gift. No blog post was required, but I thought it was awesome enough to warrant one. Regardless, I only recommend products or services I have personally used and believe my readers would enjoy. All opinions are mine and/or JJ’s]

Need more wisdom? Want more wit? Be sure and check out Designer Daddy on Facebook and Twitter!