This past week was kind of all over the place. By Sunday night I knew Monday would be yet ANOTHER FRAKKING SNOW DAY, and Thursday was an already planned school closing for “teacher inservice” — which I think is just teachers sleeping in. Not that they don’t deserve it, but let’s just call it what it is.

So on Tuesday I cranked out an Iron Man and figured this would just be a short week of random, non-connected notes. But I came to realize I couldn’t NOT do a theme. After finally doing the oft-requested Lord O’ The Sith, I considered “Armor Week” for a bit — but I needed a DC character, and only Thor or Rhino came to mind. Then I noticed both Stark and Skywalker also have creepy eye slits in common, and landed on the Full Face Mask theme. Weak, I know, but still pretty cute I thought. Okay, creepy cute.
. 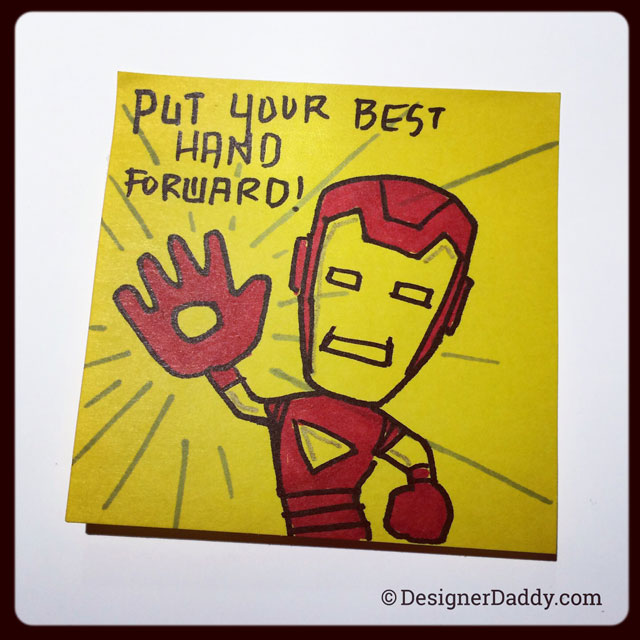 Can I tell you how hard it was to not have Iron Man say “TALK TO THE HAND?” But then I pictured JJ running around school throwing shade and thought better of it. 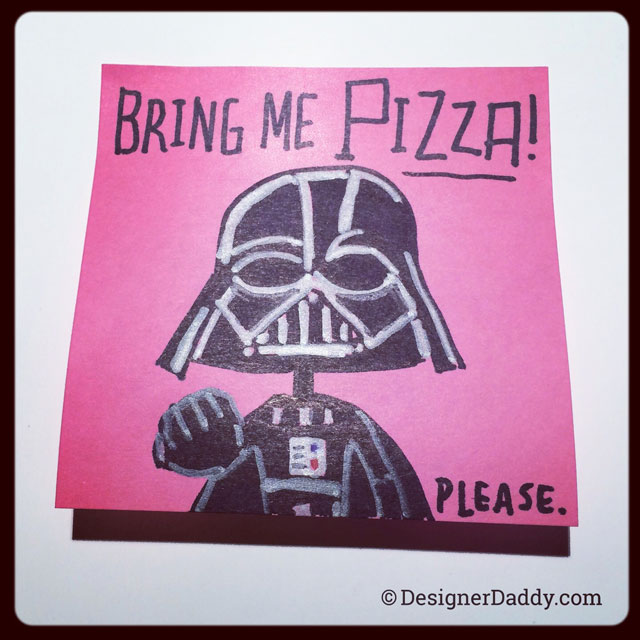 I could write a whole blog post on how this generation of kids thinks Vader is cool, while kids in my day thought he was pretty damn scary. I showed JJ Star Wars for the first time recently, and as soon as ole Helmet Head walked on, he yelled, “Dark Vader, YEAH!” But then he mimicked Vader’s breathing — which was totally adorbs — so I’ll allow it. 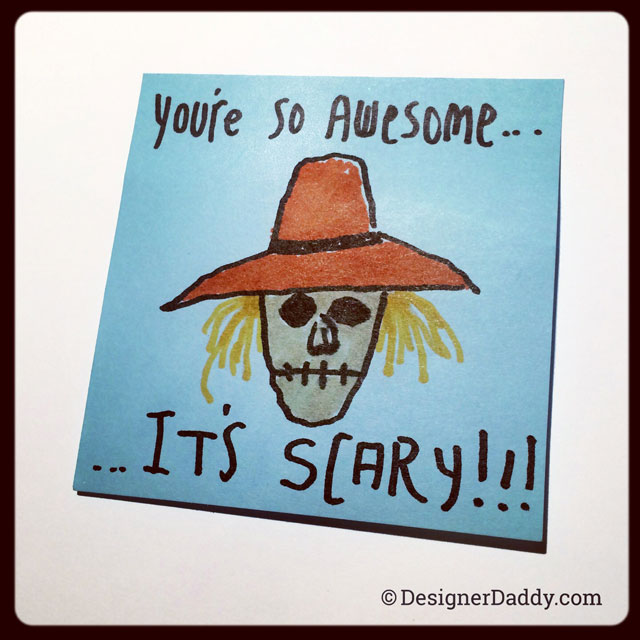 How to make Scarecrow not scary: A) Pair him with an inspirational and encouraging note from Dad; B) leave off the maggots. JJ assured me on the ride home that he’s “not scared of anyfing!” Yet I do wonder how his teacher reacted when she opened his lunch box. 🙂

Return weekly for more super doodly goodness! And visit/Like the Designer Daddy Facebook page, for even more fun and frivolity.