When I saw St. Patrick’s Day was falling on a Monday, I decided to do “Green Week” leading up to the 17th, so that on the actual holiday the blog would be celebratory in its virtual verdant-ness. Now if I can just figure how to get cyber-drunk…

BTW, green is also JJ’s favorite color, so doing a Green Week is fine by him anytime.
. 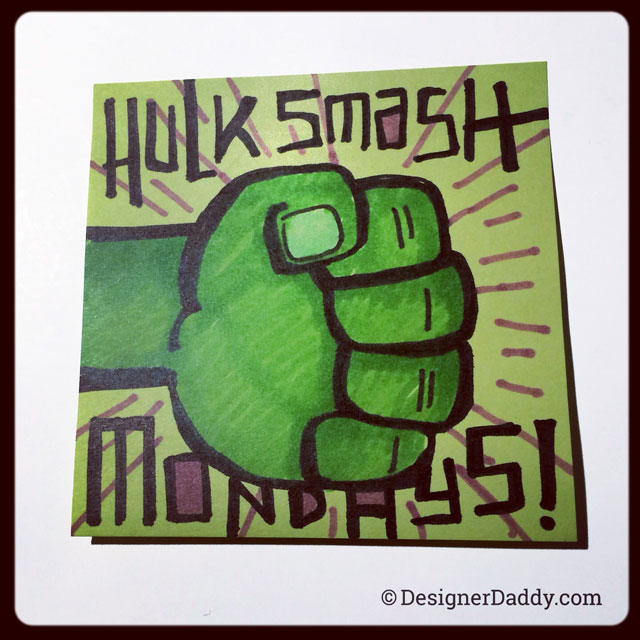 Papa bought JJ a Hulk action figure a while back that yelled “HULK SMASH!” and I immediately but the kaibosh on that—like he needs another excuse to hulk out. So I was a little trepidatious (hypocritical?) putting this note in his lunch, but how could I kick off “Green Week” without his favorite mossy monster? Also, Mondays often DO need to be smashed. 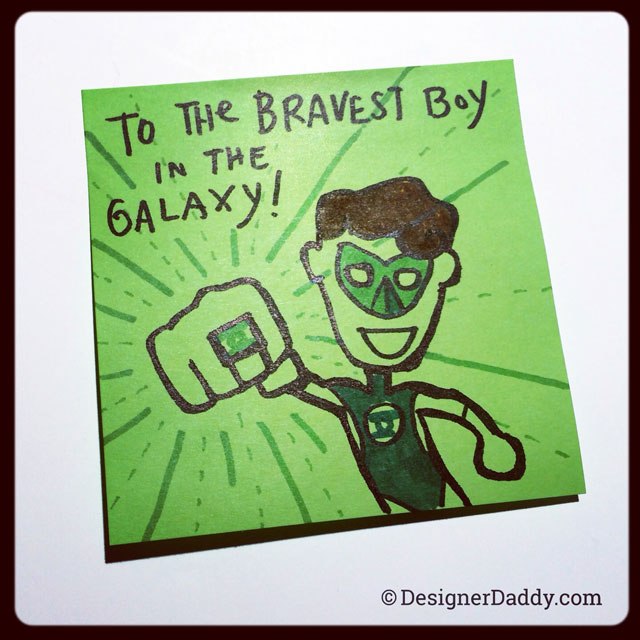 What’s a Green Week without a little Green Lantern? 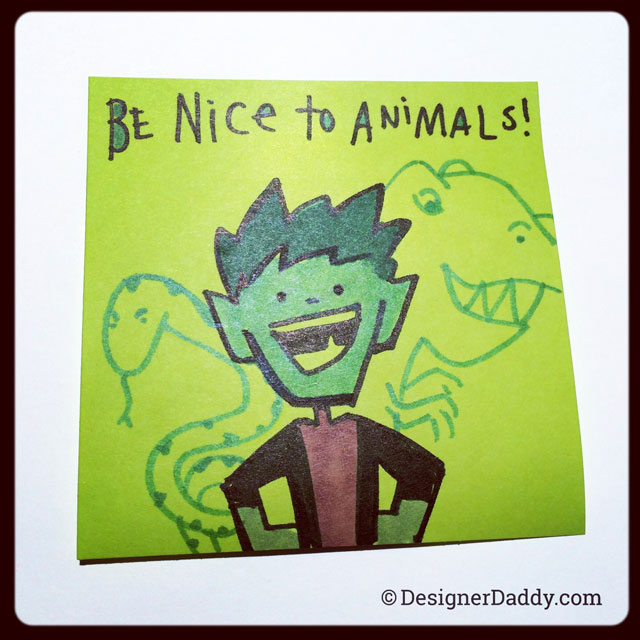 I really wanted to say something more clever on this note, but I’ll have to settle for cute balancing out my lack of wit. 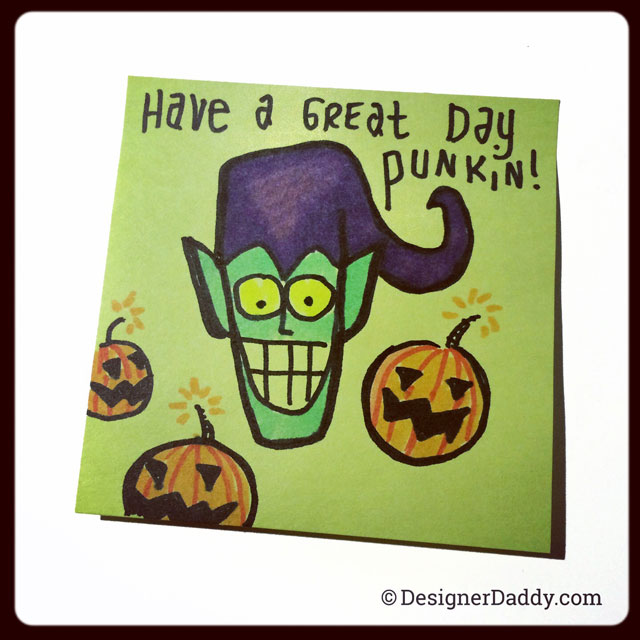 It’s no small feat to make the Green Goblin not 100% creeptastically scary. Not sure I succeeded, but I guess putting a metal mask on him would have done the trick… ;P 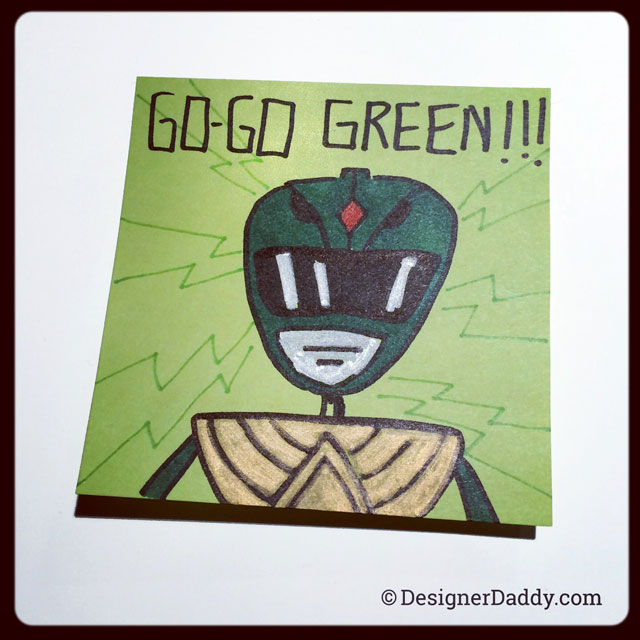 This is another one I pondered a good while before doing, as my loathing of the Power Rangers knows no bounds. It’s not so much the tacky costumes*, cheesy dialog and the ridiculous amount of hand gestures they make to push one damn button…no wait, that’s exactly it.

Then there’s all the “HYAAA! HUUNH! YAAA!”s it elicits in my young ‘un. We’ve started limiting JJ’s Power Ranger intake to one episode a day (like the most annoying vitamin ever), otherwise he’s karate chopping everything in sight. As I’ve watched it with him, in the back of my head I kept thinking, “Surely the shows I watched as a kid weren’t this freaking stupid.”

So on a recent evening I convinced my son to watch an old Super Friends with me, hoping the simpler story lines and milder action sequences would appease his need for superheroism without launching him into hyper mode. Turns out the dialog was eually as corny, and good lord that animation was low rent; but at least the karate chopping subsided. Now if I can just get him to stop running up behind me and shouting “TO THE HALL OF JUSTICE!!!”

*The Green Power Ranger in particular (at least the Mighty Morphin’ version) is the goofiest thing ever — like the lovechild of Ace Frehley and the Android logo.

Return weekly for more super doodly goodness! And visit/Like the Designer Daddy Facebook page, for even more fun and frivolity.