To Russia, With Friendship 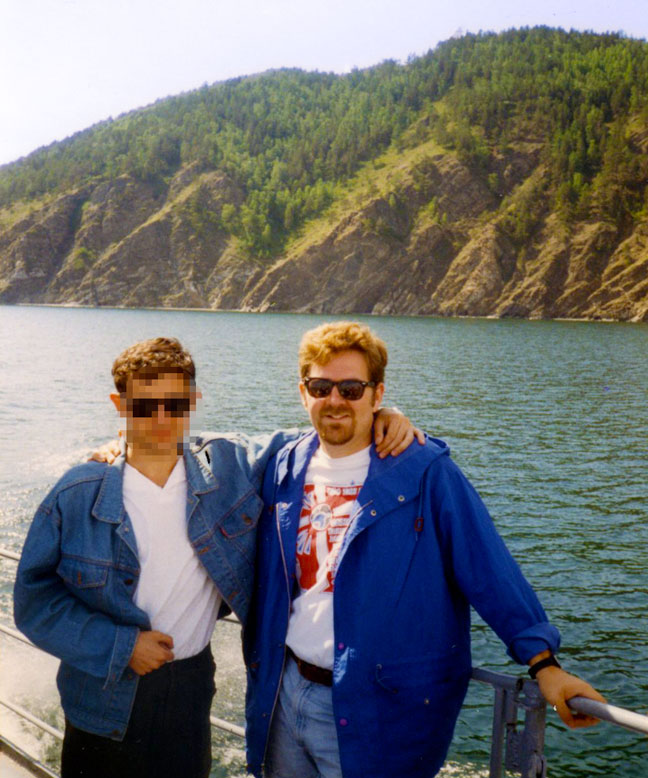 .
I spent the summer of 1993 in southern Siberia. The Berlin Wall had had been down for less than three years, and as with other Communist nations, Russia was opening up in ways unimaginable to the world less than a decade prior. The country celebrated Russia Day for the first time that summer on the 12th of June. This holiday marked Russia’s sovereignty from the USSR. It was also my 24th birthday.

This trip abroad was the “final exam” of the missionary training school I attended my first year out of college. Missionary training what now?!? That’s a story for another time… I’m here to talk about my friend “Viktor.”

Why the quotes? Because Viktor is not his real name. And because Viktor is gay. We met shortly after my arrival in Irkutsk and became fast friends. We would hang out several times a week, practicing English and Russian, talking about music and movies. And since it was my purpose for being there, we talked a lot about God. I took him on as my personal project. Being that I was convinced God would heal me of my homosexuality, my mission was to convince Viktor of that as well. I don’t think he ever bought it. But he never ceased to enjoy our talks about spirituality, and came to every meeting, service and event we held. He was the first person I ever baptized, in the bathtub of a friend’s flat.

The summer was full of wonderful experiences, but it flew by quickly and I flew back to the States. I stayed in Texas for two more years, moved to DC and within a couple of months had come out of the closet. Every once in a while I would send Viktor an email or look for him on whatever social networking platform was popular at the time. We managed to keep in touch off and on for many years this way. In one exchange I told him about my partner (Nick, AKA Papa) and how happy I was in this relationship and my life in general. I asked about him and if he was seeing anyone.

He responded that he was well, had had a boyfriend, but wasn’t currently seeing anyone. He added that it wasn’t safe for him to talk about anything gay-related on his work email. Viktor worked at an adoption agency and risked termination for being homosexual. That was in the early 2000’s.

In our last exchange, Viktor contacted me through Facebook. It was just after JJ’s first birthday, so I was excited to share my news of being a father, and he was overjoyed at our becoming a family.

“My congratulations on the adoption of the little angel!” Viktor gushed. He message went on to say he was still employed with an adoption agency, though working with fewer and fewer Americans each year. That was 2010.

Early last year, when Russia passed its Gay Propaganda Law, I tried to contact my friend; and again late last year; and once more just before writing this. I won’t assume the worst, but I can’t help but be concerned by his lack of response. I do hope he’s happy and safe.

It pains me to see a country I fell in love with so many years ago revert to oppressive laws fueled by hatred and fear. Like much of the world, I worry for the LGBT athletes participating in the Sochi Olympics this week, but I worry more that the spotlight being shed on this issue will fade once the games are over. And that the LGBT Russians will be left with little hope for change.

I worry for the LGBT athletes participating in the Sochi Olympics this week, but I worry more that the spotlight being shed on this issue will fade once the games are over.
.

Below is a video featuring songs and messages of hope and solidarity from LGBT choruses from around the US. My chorus (Gay Men’s Chorus of Washington) is at around the 1:23 mark. Please watch and share.

During the games and beyond, please visit and share the link below from HRC’s “Love Conquers Hate” campaign, aimed at educating and advocating for change in Russia regarding its homophobic legislation and subsequent discrimination. 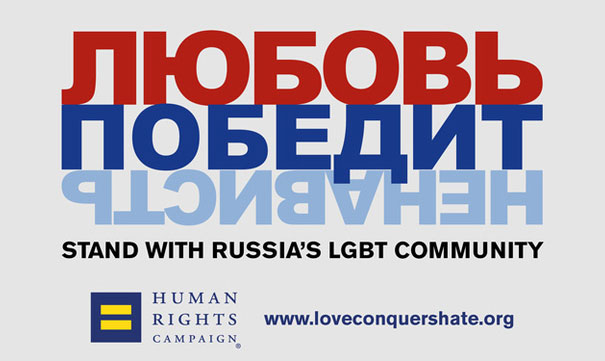 And “Viktor,” if you see this, please let me know you’re okay.
Надеюсь на скорый ответ

5 responses to “To Russia, With Friendship”