I know I said I’d post a week’s worth of SuperLunchNotes the Monday after, but it’s Valentine’s Day and Papa has been out of town for a few days and won’t get back until late tonight and we’ve had a couple of snow days and I’m going nuts and need to spread some cheer.

Thusforth, I present “Red Week” in honor of St. Valentine’s Day. And maybe a little bit because of the Olympics being in Russia, and them being all extra communistic lately, in regards to the gays.

I was a little hesitant to put Mr. Skull in JJ’s lunch. He’s only been in this new class a few weeks, and this is the first really creepy note to show up. Oh well, I know JJ didn’t mind — he loves the villains as much as the heroes. I’ll just wait a few years to explain what a Nazi is. 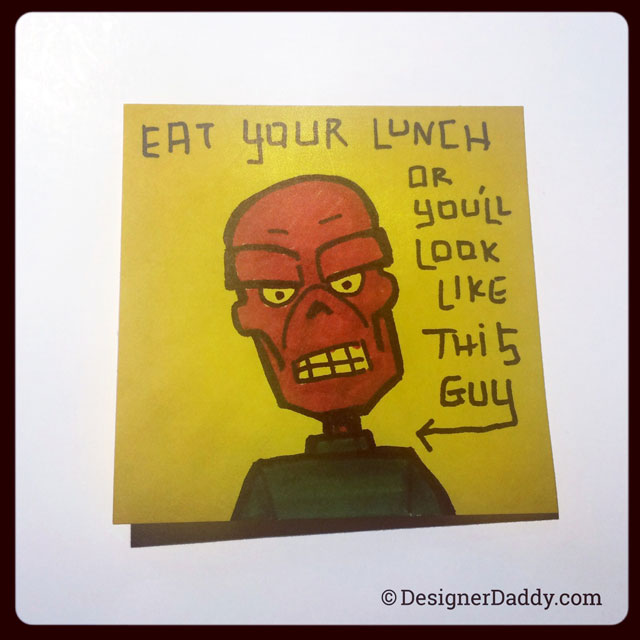 OMG. HATE the Power Rangers. Can you tell by how poorly it’s drawn? I wasted five Post-it’s on this goober. I was too old for them when they came out — plus I lived in Japan for a while as a kid, and we had the real deal, not some American knock-offs. The Space Giants were my poorly-produced robot-monster jam. 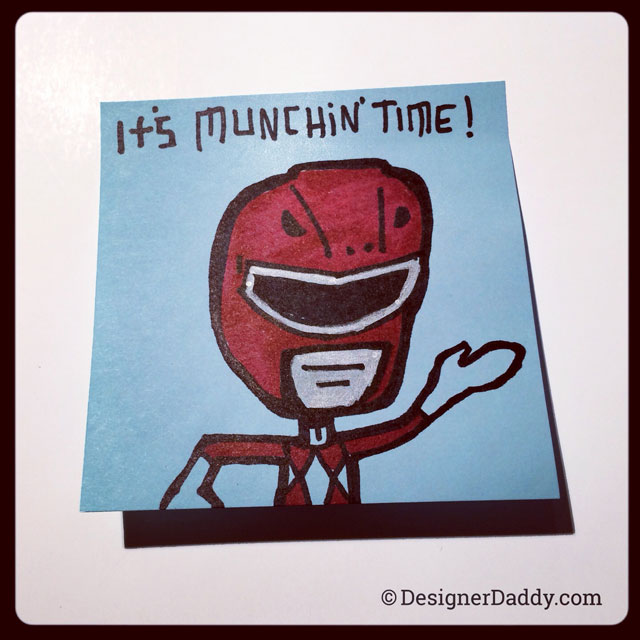 Day 4 of Red Week was a snow day. But lunch stops for nothing. Neither does a 4 year old. DJ Lance give me strength… 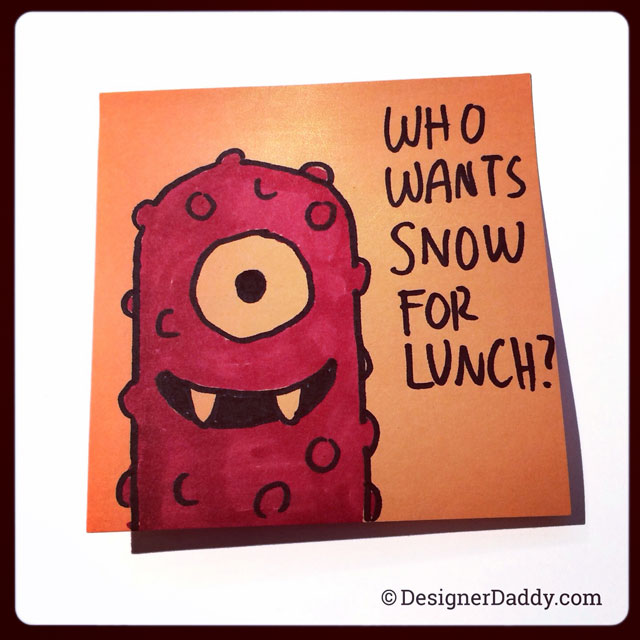 This dude has had more monikers than just about any superhero I can think of. Speedy, Red Arrow, Arsenal — and now he’s just Roy Harper. He’s also been a drug addict, married a nemesis, lost his daughter (from said nemesis), and lost an arm. Glad to see him still smilin’ and spreadin’ love! 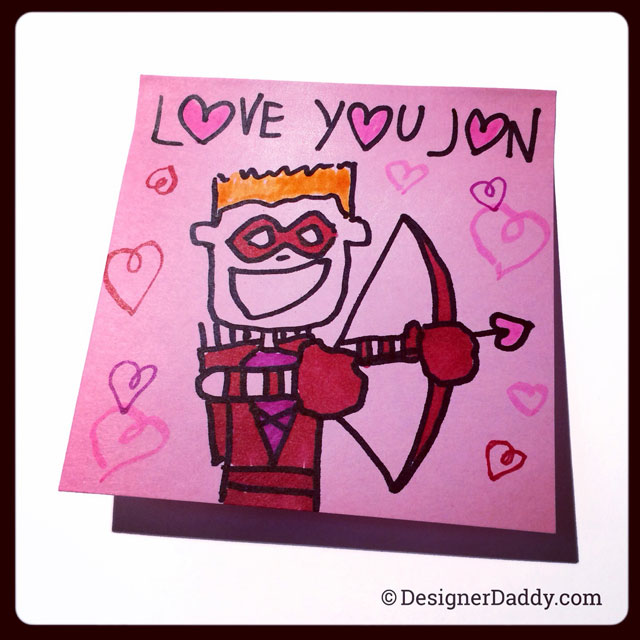 Please come back weekly for more super doodly goodness! And visit/Like the Designer Daddy Facebook page, for even more fun and stuff.